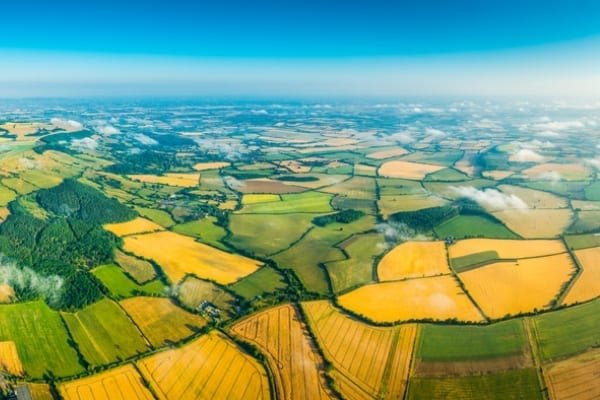 The new Agriculture Bill represents a radical rethink of farming practice, and finally starts to recognise the need to regenerate soil – the fundamental building blocks of our entire agricultural system.

For this reason it has been welcomed by CPRE, the countryside charity, as ‘a generational opportunity to change the way England farms for the better.’

For almost all our food, we rely on rainfall falling on a thin layer of soil which is often only a few centimetres thick. But soil is fragile and faces significant pressures.

In a notable change from the bill published in 2018, the government will now provide support for farmers to improve the management of their soil, as recommended in CPRE’s report ‘Back to the land’.

According to Paul Madeley, MD of Madeleys Chartered Surveyors, the bill urges farmers ‘not to rest on their laurels’ and to consider innovative uses of their land to maximise potential.

While subsidies will remain for 2020, Defra secretary Theresa Villiers has confirmed plans to phase out direct payments in favour of a new scheme requiring farmers to protect the environment.

‘This Agriculture Bill has been a long time coming but it’s clear the government has listened to CPRE’s message about the importance of soil. Healthy soil is essential for the supply of healthy food, clean water and also helps us lock up carbon to tackle the climate and nature emergency.

‘As new payment schemes for farmers are developed, there must be clear support for approaches already being pioneered and made to work by farmers such as agroforestry and conservation agriculture. But farmers need training, mentoring and advice to help them roll out nature friendly farming across the countryside.’

From next year and following Brexit, the Agriculture Bill will set out a new system of farm support, moving towards an approach where farmers are paid public money for the ‘public goods’ they produce – such as enhancing air and water quality, tackling climate change or improving animal welfare.

For farmers in England, there will be a seven-year transition period for them to plan and adjust for these changes, during which direct payments will be gradually phased out for the Environmental Land Management scheme.

Click here to read our article about how organic farming can restore the environment.