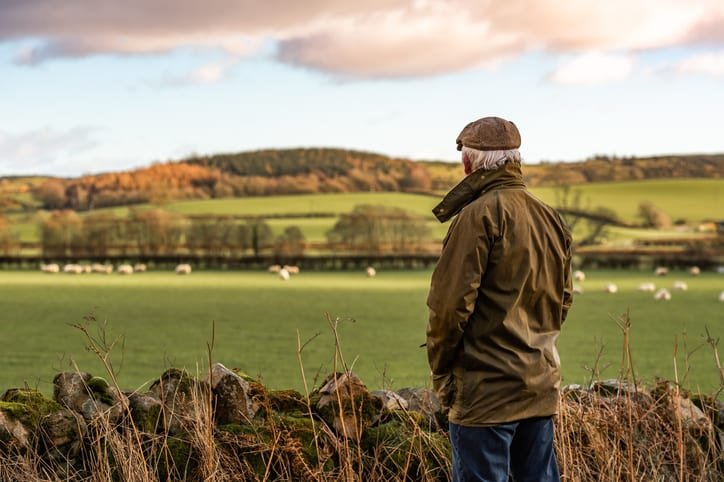 A new impact measurement model, the Global Farm Metric, is to become the standard by which farmers and supermarkets measure and manage the impact of food production.

The National Farmers Union, the British Ministry of Agriculture and four major supermarkets, including Morrisons, are supportive of this approach.

What’s special about the British model is that non-organic farmer organisations and supermarkets are now also embracing it.

On BBC radio, Prince Charles stated that he considers the Global Farm Metric as a means to harness the power of the market for sustainability.

‘Only by harnessing the power of the market to help move towards net zero emissions and reinstate the loss of biodiversity, will we be able to avert a catastrophic ecological breakdown of our planetary support systems.

’The key to all this lies in measurement. With a harmonised global framework of measurement in place we might finally have the potential to enable a global renaissance of truly sustainable agriculture and food production. I can only say I very much hope this happens.’

The Sustainable Food Trust launched the measurement model during a TEDx broadcast (Measuring Sustainability), attended by Prince Charles and ringleaders from British agriculture and retail

A variant of the Sustainability Flower

The Global Farm Metric is a variant of the Sustainability Flower that the Belbis Desert Club – an international collaboration of organic and biodynamic companies and organisations – developed in 2008/2009.

Eosta deploys the Sustainability Flower in the Netherlands, while SEKEM does the same in Egypt. Soil & More Impacts and the Alnatura wholefood chain use it in Germany.

Patrick Holden, founder of the Sustainable Food Trust, was closely involved in the original development of the Sustainability Flower in his capacity as managing director of the British Soil Association.

Support from the non-organic sector

The British National Farmers Union and Morrisons supermarket chain are supportive of the Global Farm Metric.

During the TEDx presentation, David Potts, CEO of Morrisons, said: ‘Our customers say to us they are now not equipped to make an informed choice.’

Potts suggested that the Global Farm Metric will help us achieve the net zero emissions target within a broader set of principles.

Morrisons recently made a promise to produce 100% of its British agricultural products net carbon neutral by 2030.

‘It’s good to see that the Brexit has proven to be a blessing in disguise for the British agricultural and food sector. Now that they are freed of the European lobby for artificial fertiliser, concentrate and pesticides, they are ready to deploy a holistic sustainability model rooted in the mental legacy of biodynamic agriculture. I am glad to see that the Sustainability Flower we have been working with since 2009 now seems to be conquering the world.’ 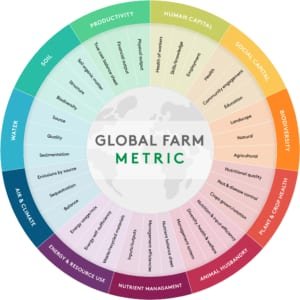 The practical implementation in the UK will follow a procedure similar to the one Eosta has been using with its organic growers.

‘Each farm would have an annual sustainability audit’, Patrick Holden explained on BBC radio. ‘This involves the measurement of soil organic matter, water quality, greenhouse gas emissions, energy and resources use, biodiversity, data on crop management, and of course social and cultural impact. The data is combined to produce a score which can be used by supermarkets and food companies; by governments to broker new international agreements for trade and to give consumers the power to identify sustainable products.’

The model means famers can be rewarded for delivering public benefits, building soil carbon and increasing biodiversity. ‘I don’t think there’s a farmer in the world who wouldn’t want to be part of this’, Patrick Holden said.

In collaboration with the NFU, the model has been tested at various English farms. Focus is now on making the Global Farm Metric an international standard.

The impact of food production

Both the Global Farm Metric and Sustainability Flower look beyond short-term profits to the impact production has on human beings and our planet.

Ecology is subdivided into soil (including mineral resources), biodiversity (plants and animals), water, and climate (including energy).

True Cost Accounting can be used to convert the impact measurements into monetary amounts.

The differences between Eosta’s Sustainability Flower (seven petals) and the Global Farm Metric (12 segments) are in the details.

For example, certain segments such as ‘biodiversity’ and ‘climate/energy’ have been further itemised in the English model.