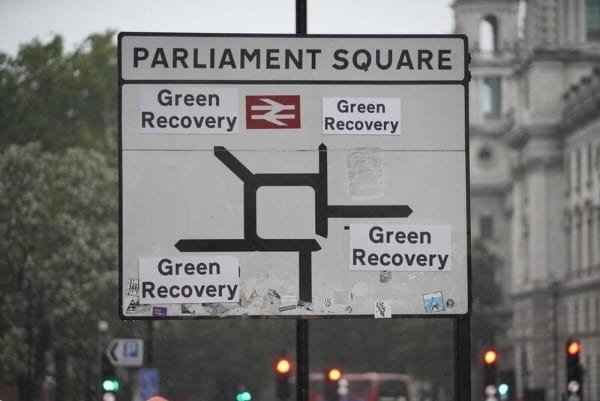 ‘We need more and sustained investment in energy efficiency, transport and nature than we got’

Yesterday (08 July), Chancellor Rishi Sunak announced £3 billion would be allocated to improve the energy efficiency of homes and buildings as part of the economic recovery plans outlined in his ‘mini budget’.

While a good start, the figure is much smaller than the £36 billion invested in carbon-cutting measures by Germany and the £13.5 billion commitment from France, as part of their economic recovery packages.

It also falls short of honouring the £9.2 billion pledged to improving energy efficiency in the Conservative Party manifesto last year.

Greenpeace UK has calculated that, as the first tranche of the green recovery, the Chancellor should invest at least £15 billion in ‘shovel ready’ projects across the transport, buildings, nature and waste sectors.

Further investments will be required later in the year, particularly in the power and transport sectors. Total spending on the green recovery should add up to at least £25 billion additional investment per year over the next four years.

Last month, Greenpeace launched its manifesto for a green recovery, setting out a detailed plan with transformative policies, tax and spending measures to revive the economy by prioritising clean transport, smart power, green homes, nature restoration and creating a circular economy for waste.

A report published by Greenpeace last week identified 1.8 million new jobs would be created over four years if this green recovery plan was put into action by the government.

‘The Chancellor made many of the right noises about sparking a green recovery. But instead of digging deeper to deliver on this promise, he seems to have downed spades with the job only part done. The £3 billion announcement on energy efficiency is an important start but it can only be a beginning and is dwarfed by green recovery commitments in Germany and France. We need more and sustained investment in energy efficiency, transport and nature than we got today.

‘Sunak should have injected £15 billion into green ‘shovel ready’ projects that could create hundreds of thousands of new jobs, almost immediately, right across the country, while making transport greener, homes warmer, energy bills lower and restoring nature. Instead, we’re left with the increasingly familiar impression that the government has missed the opportunity to kickstart the green recovery we need.’

Greenpeace, along with a host of other environmental groups, experts, business leaders, health professionals and economists, has been calling for a green recovery to the economic crisis caused by Covid-19, and pressure is mounting on the government to deliver on its warm words in this regard.

On the morning of the announcement, Greenpeace activists changed three road signs around the Palace of Westminster so that all roads in the area pointed in the direction of a green recovery.

The intervention by Greenpeace UK was intended to send a message to the government that it only had one option with its economic recovery package, and that much greater investment is needed to green the transport, energy, housing and waste sectors, create new green jobs and tackle the climate emergency.