PM outlines his Ten Point Plan for a Green Industrial Revolution for 250,000 jobs 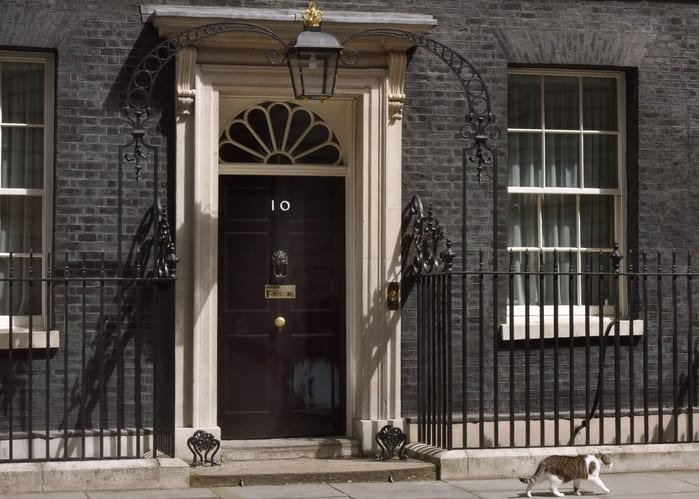 The Prime Minister has today (18 Nov) set out his 10-point plan for a ‘green industrial revolution’ that will create and support up to 250,000 British jobs.

The plan, which covers clean energy, transport, nature and innovative technologies, has been created to ‘allow the UK to forge ahead with eradicating its contribution to climate change by 2050’, a goal the government sees as ‘crucial’ in the run-up to the COP26 climate summit in Glasgow next year.

The Prime Minister has confirmed that the UK will end the sale of new petrol and diesel cars and vans by 2030, 10 years earlier than planned.

The sale of hybrid cars and vans that can drive a significant distance with no carbon coming out of the tailpipe will be allowed until 2035.

The UK car industry already manufactures a significant proportion of electric vehicles in Europe, including one of the most popular models in the world.

To support this acceleration, the Prime Minister has announced £1.3 billion to accelerate the rollout of chargepoints for electric vehicles in homes, streets and on motorways across England, so people can more easily and conveniently charge their cars.

£582 million will be available in grants for those buying zero or ultra-low emission vehicles to incentivise more people to make the transition.

Nearly £500 million will be spent in the next four years for the development and mass-scale production of electric vehicle batteries, as part of a commitment to provide up to £1 billion, boosting international investment into our strong manufacturing bases including in the Midlands and North East.

This will help protect and create thousands of new jobs, particularly in the Midlands, North East, and North Wales.

A consultation will be launched on the phase out of new diesel HGVs to put the UK in the vanguard of zero emission freight. No date has been set yet.

‘Although this year has taken a very different path to the one we expected, I haven’t lost sight of our ambitious plans to level up across the country. My Ten Point Plan will create, support and protect hundreds of thousands of green jobs, whilst making strides towards net zero by 2050.

‘Our green industrial revolution will be powered by the wind turbines of Scotland and the North East, propelled by the electric vehicles made in the Midlands and advanced by the latest technologies developed in Wales, so we can look ahead to a more prosperous, greener future.’

The Prime Minister’s ten points, which are built around the UK’s strengths, are:

1. Offshore wind: Producing enough offshore wind to power every home, quadrupling how much we produce to 40GW by 2030, supporting up to 60,000 jobs.
2. Hydrogen: Working with industry aiming to generate 5GW of low carbon hydrogen production capacity by 2030 for industry, transport, power and homes, and aiming to develop the first town heated entirely by hydrogen by the end of the decade.
3. Nuclear: Advancing nuclear as a clean energy source, across large scale nuclear and developing the next generation of small and advanced reactors, which could support 10,000 jobs.
4. Electric vehicles: Backing our world-leading car manufacturing bases including in the West Midlands, North East and North Wales to accelerate the transition to electric vehicles, and transforming our national infrastructure to better support electric vehicles.
5. Public transport, cycling and walking: Making cycling and walking more attractive ways to travel and investing in zero-emission public transport of the future.
6. Jet Zero and greener maritime: Supporting difficult-to-decarbonise industries to become greener through research projects for zero-emission planes and ships.
7. Homes and public buildings: Making our homes, schools and hospitals greener, warmer and more energy efficient, whilst creating 50,000 jobs by 2030, and a target to install 600,000 heat pumps every year by 2028.
8. Carbon capture: Becoming a world-leader in technology to capture and store harmful emissions away from the atmosphere, with a target to remove 10MT of carbon dioxide by 2030, equivalent to all emissions of the industrial Humber today.
9. Nature: Protecting and restoring our natural environment, planting 30,000 hectares of trees every year, whilst creating and retaining thousands of jobs.
10. Innovation and finance: Developing the cutting-edge technologies needed to reach these new energy ambitions and make the City of London the global centre of green finance.

‘While the Government has taken a big step for our climate by ruling out new petrol and diesel cars and vans from 2030, behind the headline is a gaping hole in the funding needed to put us on track to net zero. Just £4 billion of the money announced is new, but for a genuinely green industrial revolution, we need long-term policy commitments and funding across every sector of the economy, not just a down payment. Boris Johnson would do well to learn from the lessons of the UK’s success in offshore wind – after 20 years of sustained support, we now have one of the most competitive renewable industries in the world.

‘As a bare minimum, the government must fulfil its £9.2bn manifesto commitment to making our homes warmer, and invest an extra £10 billion per year in greener public transport, walking and cycling solutions across the UK. With all eyes now on the Chancellor’s spending review next week, Rishi Sunak must focus on the industries with the greatest potential to both slash UK carbon emissions and create thousands of new jobs.’

To revitalise the birthplaces of the first industrial revolution, the UK will be at the global forefront of carbon capture, usage and storage technology, benefiting regions with industries that are particularly difficult to decarbonise.

An extra £200 million of new funding has been allocated to the creation of two carbon capture clusters by the mid-2020s, with another two set to be created by 2030. This increases the total invested to £1 billion, helping to support 50,000 jobs, potentially in areas such as the Humber, Teesside, Merseyside, Grangemouth and Port Talbot.

Up to £500 million will be spent on hydrogen, including for trialling homes using hydrogen for heating and cooking, starting with a Hydrogen Neighbourhood in 2023, moving to a Hydrogen Village by 2025, with an aim for a Hydrogen Town – equivalent to tens of thousands of homes – before the end of the decade. Of this funding, £240 million will go into new hydrogen production facilities.

Next year, £1 billion will go into making new and existing homes and public buildings more efficient, extending the Green Homes Grant voucher scheme by a year and making public sector buildings greener and cutting bills for hospitals and schools, as part of the Public Sector Decarbonisation Scheme.

£20 million will go towards a competition to develop clean maritime technology, such as feasibility studies on key sites including Orkney and Teesside.

Other key parts of the plan will be driven forward by significant investment set out over the last year, including the £1 billion energy innovation fund to stay ahead of the latest technologies needed to reach new energy targets, £5 billion for alternative greener ways of travel including cycling, walking, and buses, and £5.2 billion to create for new flood and coastal defences in England by 2027.

The Prime Minister has already set out plans to make the UK the world leader in clean wind energy, and for greater protections for England’s iconic landscapes and the creation of new national parks.

Today the Prime Minister will host a virtual roundtable with green investors to set out his ambitious plan and incentivise further private sector investment.

This marks the beginning of the UK’s path to net zero, with further plans to reduce emissions whilst creating jobs to follow over the next year in the run-up to the international COP26 climate summit in Glasgow.

‘The Prime Minister’s 10-point plan for a Green Industrial Revolution is a collection of the various policies on decarbonisation that the Government has been working on for some time. The challenge now is to bring this all together into a practical and deliverable plan with joined-up thinking across the whole energy system.

‘The proposed ‘task force net zero’ is potentially an effective way to oversee this unprecedented energy transition, but in order to be effective it must be well-resourced, include professional engineering expertise, and meet with the Prime Minister and relevant Secretaries of State on a regular basis.’