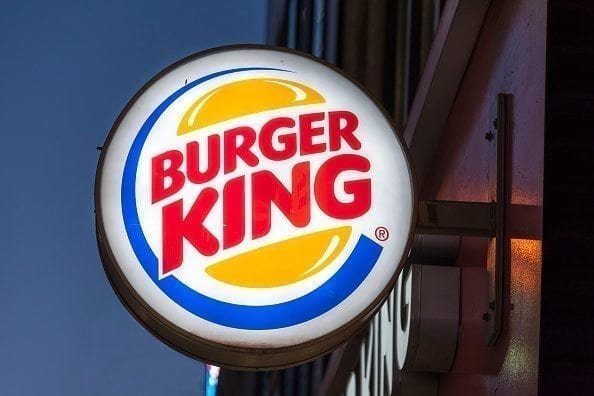 The report, The Ultimate Mystery Meat, reveals the secrets about where the feed for Burger King’s chicken, bacon and beef come from, and links the companies to massive, systematic deforestation to clear sloth and jaguar habitat in Latin America.

Using satellite mapping, Mighty Earth and RFN identified areas of recent deforestation for soy in Latin America that were connected to Cargill and Bunge.

‘Burger King hamburgers are the ultimate mystery meat. We set out to find where they come from, and what we saw wasn’t pretty. Burger King is ruling over a kingdom of deforestation.’

The field investigation focused on both the Brazilian Cerrado, a vast forested savanna region in Brazil, and the Amazon basin lowlands in Bolivia.

The investigative team visited 28 locations across the Cerrado and Amazon basin, covering more than 3,000 kilometres, to document the origins of the soy that feeds the world’s cattle, chicken and pigs.

The team captured extensive aerial drone videos and photos that documented rapid clearing of some of the world’s last intact forests and savannas, including through systematic burning.

‘Burger King lacks policies to ensure that the food they sell does not contribute to forest destruction. This is unacceptable. They don’t even seem to care.’

Burger King does not make its suppliers public nor provide any substantial information about the origins of its Whoppers, chicken sandwiches or pork products.

While Burger King is far from the only company with serious environmental issues in its supply chain, it substantially lags behind its largest competitor, McDonald’s, in environmental and social requirements for its raw materials.

Burger King earned a score of zero in the Union of Concerned Scientists’ recent rankings of fast food companies.

‘Burger King, Cargill, Bunge and other companies have a unique opportunity to end the era of deforestation in Latin America, and to help move the world towards a vision of sustainable food. It’s time they seize it.’

In the Cerrado alone, the investigation found that the areas in which Bunge operates saw 567,562 hectares of land deforested from 2011 to 2015.

Cargill operates in areas of the Cerrado with about 130,000 hectares of deforestation over that same five-year period. While not all of this deforestation was for soy, Cargill and Bunge have provided financing and infrastructure that has opened up many of these regions to deforestation for different commodities.

More than half the Cerrado has already been destroyed, primarily for soy and cattle. The investigation also found that Cargill is a leading driver of deforestation in Bolivia, one of the most biodiverse countries in the world. Bolivia has in recent years become an international epicentre for soy clearance.

About three-quarters of the world’s soy goes to animal feed for meat and dairy production. More than one million square kilometres of our planet –equivalent to the total combined area of France, Germany, Belgium and the Netherlands – are dedicated to growing soy. Most soy is grown for animal feed, which ultimately makes its way into the mouths of livestock sold in Europe, China and the United States.

Cargill and Bunge sell soy used for the animal feed that meat producers use to raise the livestock that goes into burgers, chicken nuggets, hot dogs and other meat products.

Burger King is the world’s second-largest hamburger chain, and operates in approximately 100 countries with more than 15,000 restaurants; it is also part of a family of companies controlled by the conglomerate 3G Capital that includes Anheuser Busch InBev, Kraft Heinz, and Tim Hortons.

‘Burger King is one of the world’s largest fast food companies, but consistently ranks last in the industry when it comes to environmental protection policies. The fast food giant needs to follow its competitors like McDonald’s and demand that its suppliers are not destroying tropical forests as part of their business model.’

Burger King and its suppliers have an enormous opportunity to make a positive contribution to protecting the environment and indigenous communities. Mighty and RFN are calling on Burger King to follow the lead of its competitors in the fast food industry by adopting and implementing a strong ‘No Deforestation, No Exploitation’ policy. They are also calling on Burger King to publish its suppliers and report on their compliance with sustainability policies.