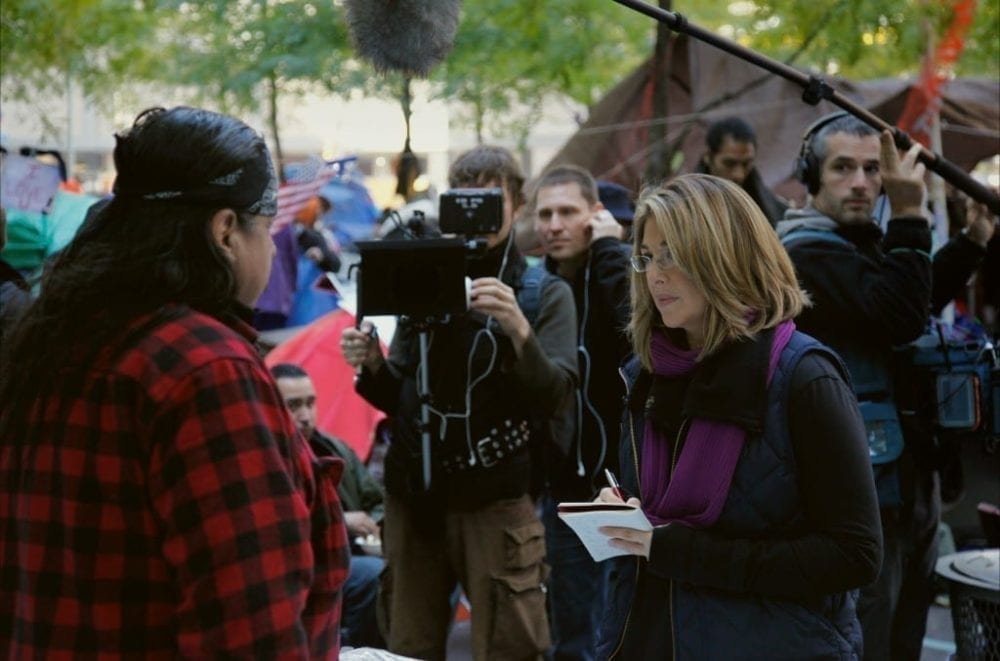 The film This Changes Everything is now is now available around the world on iTunes and for grassroots screenings all over the globe: last night the documentary, by Avi Lewis, was shown in over 50 cities across the USA.

Filmed in 211 shoot days over four years – in nine countries and five continents – This Changes Everything is an epic attempt to re-imagine the vast challenge of climate change.

Directed by Avi Lewis and inspired by Naomi Klein’s international non-fiction bestseller, This Changes Everything presents seven powerful portraits of communities on the front lines, from Montana’s Powder River Basin to the Alberta Tar Sands, from the coast of South India to Beijing and beyond.

Interwoven with these stories of struggle is Klein’s narration, connecting the carbon in the air with the economic system that put it there.

Throughout the film, Klein builds to her most controversial and exciting idea: that we can seize the existential crisis of climate change to transform our failed economic system into something radically better.

This is not a film that tries to scare the audience into action: it aims to empower. An ‘organising tool’ for campaigners, organisers and community groups across Canada and the world, This Changes Everything is about the power of people working together, and that message is most powerful when people watch it together.

Provocative, compelling and accessible to even the most climate-fatigued viewers, This Changes Everything will leave you refreshed and inspired, reflecting on the ties between us, the kind of lives we really want and why the climate crisis is at the centre of it all.

Will this film change everything? Absolutely not. But you could, by answering its call to action.

The feature documentary was developed alongside the critically acclaimed worldwide bestselling book This Changes Everything – Capitalism vs the Climate by Naomi Klein.

It has been on multiple Best of 2014 lists, including the New York Times 100 Notable Books of 2014, and was shortlisted for the PEN Award for Non-Fiction.

This Changes Everything is being translated into 25 languages and is now available in paperback.

Click here to find out more about This Changes Everything, the documentary film by Avi Lewis.