‘This is not a littering issue’ 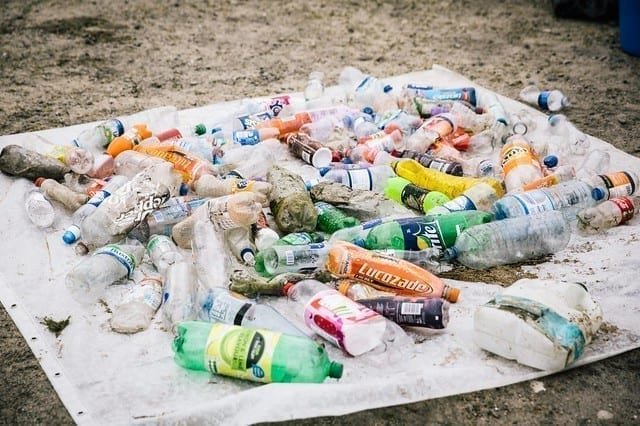 The UK’s biggest ever nationwide survey of packaging pollution found on UK beaches and rivers has revealed that the vast majority of UK waste found strewn across the coastline is the responsibility of just a handful of companies – with Coca Cola and PepsiCo named the worst offenders.

The figures, unveiled by ocean conservation charity Surfers Against Sewage, have been submitted to government as campaigners call for transparency from the UK’s ‘biggest packaging polluters’.

It follows the UK’s largest ever nationwide survey of packaging pollution found on Britain’s beaches and rivers, conducted by more than 45,000 volunteers during SAS’s recent Big Spring Beach Clean series.

The results show that the vast majority of UK branded waste found strewn across the coastline is the responsibility of just a handful of parent companies, with 10 parent companies accounting for well over half the total number of items.

‘Just 10 companies were responsible for over half of the packaging pollution recorded. These companies must invest more in the redesign of packaging, alternative ways of product delivery and ramping up packaging re-use to truly turn the tide on the plastic pollution that is sweeping our world.

‘People and planet need these companies to change how they do business. At the moment, the cost of this waste is left in the hands of local councils, tax payers and, finally, the environment.’

The research was submitted to the government as evidence in the consultation on plastic packaging and Extended Producer Responsibility (EPR) in a bid to make producers (parent companies) take more responsibility for the costs of dealing with their packaging.

Under the present EPR guidelines, producers ‘that handle over 50 tonnes of packaging annually and have an annual turnover over £2 million’ should be accountable for the cost and system for dealing with the packaging they create and sell.

Currently, parent companies do not share information on the quantity of packaging they produce – hiding the scale of their damage to the environment, and paying less than 10% of the costs of dealing with it.

At the moment the cost of dealing with this waste is left in the hands of local councils, tax payers and, finally, the environment.

‘Not a littering issue’

New EPR regulation will mean producers become accountable for 100% of these costs, but it is critical that there is transparency with regards to how much packaging is being produced in order for new packaging responsibility regulation to be effective.

Hugo Tagholm, chief executive of Surfers Against Sewage, said: ‘Producers must offer full transparency and disclosure on the amount and type of packaging they use in order that new extended producer regulation can be truly effective. Our environment is in peril and plastic pollution is a clear indicator that business as usual just won’t do.’

‘This is not a littering issue’, Hugo continued. ‘Business needs to provide radical and responsible new systems that drastically reduce their impact on our oceans, forests and nature at large.’

Click here to find out why SAS’s Hugo Tagholm believes ‘plastic is the new poo’.