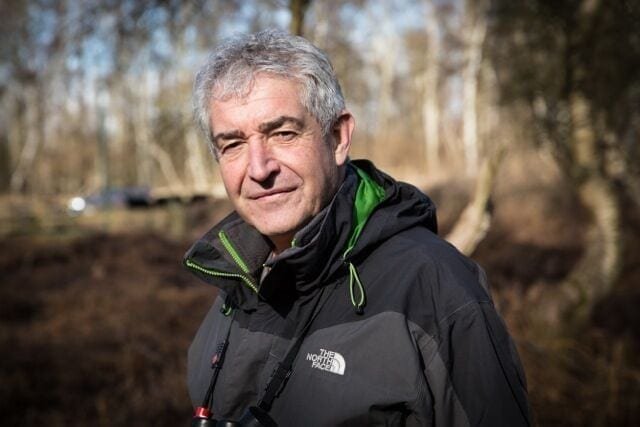 Environmental hero Tony Juniper is to join WWF as executive director for advocacy and campaigns when he joins the charity in January. He will help build on the charity’s successes in conserving the world’s wildlife, rivers, forests, atmosphere and oceans.

‘It is an honour to be joining WWF and to be able to help in achieving its vitally important mission of protecting life on Earth. What we humans choose to do during the coming years will determine outcomes with profound ramifications, not only for our living planet but people too. I very much look forward to working with my new colleagues in making the most of all the opportunities we have for shaping our choices in positive directions. Time is short and the stakes increasingly high.’

A leading light in sustainability

Over the past few decades, Tony has established himself as one of the country’s leading voices on environmental issues, as a special adviser to the Prince of Wales’s International Sustainability Unit, a Fellow with the University of Cambridge Institute for Sustainability Leadership and as co-founder of sustainability consultancy group Robertsbridge.

Tony is President of the Wildlife Trusts, President of the Society for the Environment and a Harmony Professor of Practice at the University of Wales Trinity St David. He is also a trustee of Fauna and Flora International, Resurgence-Ecologist and SolarAid.

Tony speaks and writes widely on conservation and sustainability themes and is the author of many books, including the award-winning 2013 best-seller What has Nature ever done for us?.

His latest book, the Ladybird Book guide to Climate Change, co-authored with HRH The Prince of Wales and Emily Shuckburgh, was published in January 2017.

An infectious passion for conservation

Tony began his career as an ornithologist, working with Birdlife International. In 1990 he began working at Friends of the Earth, initially leading the campaign for tropical rainforests. After that, and following time as campaigns director, he was from 2003-2008 the organisation’s executive director. From 2000-2008 he was also vice chair of Friends of the Earth International.

Among Friends of the Earth’s many achievements during Tony’s time there was the success of the Big Ask campaign that called for a new law on climate change (leading to the 2008 Climate Change Act – the first legislation of its kind in the world).

Tony was the first recipient of the Charles and Miriam Rothschild conservation medal (2009) and was awarded honorary Doctor of Science degrees from the Universities of Bristol and Plymouth (2013). In 2017 he was appointed Commander of the British Empire (CBE) for services to conservation.

‘I am delighted that someone with Tony’s exceptional experience and infectious passion for conserving our natural world is joining WWF. The crisis we face in terms of the global loss of Nature over the past half century is a great untold story of our generation. Tony will help us tell that story, and advocate for the change we need to see in the world if we’re to build a future where both people and Nature thrive.’

Tony Juniper joins the UK arm of WWF as it develops a new strategic direction focused on reversing the decline in global biodiversity.

Click here to find out why Tony Juniper thinks we need to reinvent the green message.