Tree of the Year shortlist 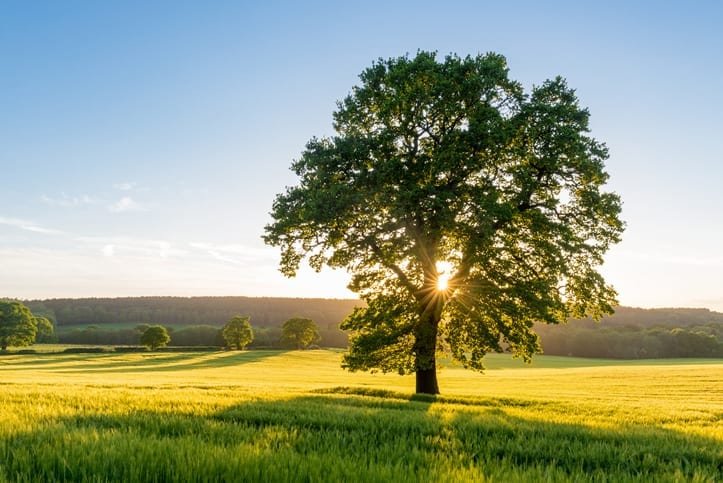 Which of these 10 trees will be crowned England’s Tree of the Year 2020?

A sycamore laced with the shoes of jubilant students, a haunted oak bound in chains and a Hackney plane facing the chop are just three of 10 contenders for this year’s Tree of the Year.

The Woodland Trust’s annual competition, now in its seventh year, throws a spotlight on the nation‘s favourite trees to help increase interest in their value and protection.

The contest, supported by players of People’s Postcode Lottery, takes place across Britain, with Wales and Scotland also each to crown a winner.

Vote for your favourite tree

Whittled down from hundreds of nominations sent in by the general public during lockdown, a shortlist of 10 trees is now up for public vote.

By visiting woodlandtrust.org.uk you can choose your favourite and crown England’s Tree of the Year for 2020. Voting closes at noon on 24 September.

‘Easily overlooked and routinely undervalued, trees deserve their moment in the sun. This competition is a very simple way to demonstrate our appreciation of trees.

‘We had more than double the number of trees nominated by member of the public this spring compared with past years. This is perhaps no surprise given that lockdown had so many of us slowing down and taking more note of nature on our doorsteps, a boost for our mental health and wellbeing.

‘At a time when we’re fighting both a climate and nature crisis, it is undeniable that trees are needed now more than ever. They are nature’s most powerful weapon in this fight. This competition is a very simple way to show that people do care about trees, so please visit our website and vote for your favourite!’

Tree of the Year shortlist

Shoes, thrown by students on completion of exams, nestle in the branches of The Shoe Tree in Heaton Park. This sycamore, laden with the memories of a city, provides a window to the fashions of decades gone by.

Currently earmarked for felling to make way for housing, this 150-year-old plane has been nominated by parents and children who pass it on the school run. They say: ‘It is vital in these times that we don’t lose a tree which plays a huge part in making the air cleaner for the community.’

Legend states that the Earl of Shrewsbury had this tree bound by chains because a curse stated that for every branch that fell, a member of the Earl’s family would die. The tree and its tale are the inspiration for the Hex ride at Alton Towers.

Standing at the top of Marylebone High Street, this 30m elm is one of the few to survive both Dutch Elm Disease, which has changed the landscape of the city, and the second world war bombing of the church, now marked with a peace garden. It’s ‘a symbol of survival’, say its nominators.

Growing among the graves, this enormous yew tree is more than 1,000 years old. Yew trees were used as symbols of immortality and commonly found in churchyards. Although highly poisonous, anti-cancer compounds are harvested from yew trees and used in modern medicine.

Said to be at least 900 years old, this yew stands in the north end of the graveyard of St Cuthbert’s Church in Beltingham, a tiny village near Hexham. It’s a famously sacred site as St Cuthbert’s body is said to have been hidden here whilst on its journey from Lindisfarne to Durham Cathedral to keep it from Viking raiders.

THE BEECH TREE IN THE ALTAR
Bayham Abbey, Kent

This tree needs to be seen to be appreciated. Growing out of the wall of the abbey ruins behind the altar, it’s a visually stunning tree. It has survived many events, most notably the great storm of 1987 in which part of the tree was lost – but none of its grandeur.

Chosen, says its nominator, ‘because it’s simply old and Queen Elizabeth I is said to have picnicked under it.’ This great oak served as a marker for the edge of Great Windsor Forest back in the day. In the early 19th century the tree was fenced off by the landowner, as local young women had been stripping bark from the oak in order to make love potions.

Plonked in a suburban street, this giant was here centuries before its neighbours. Last year its future looked doubtful due to groundworks near its roots. Thanks to a groundswell of support from the local council and campaigners, works have taken place to add a cordon and protective surface around the tree so it can outlive us all.

From a distance it’s difficult to appreciate the grandeur of the Remedy Oak – covered in ivy and moss, it blends in with the surrounding hedges. The entirely hollow tree gets its name from a legend that King Edward VI had touched the tree, and in doing so conveyed healing powers upon it.

The process for 2020’s Tree of the Year is simple: the tree with the most votes wins.

As well as putting the nation’s best trees on the map, the awards, supported by players of People’s Postcode Lottery, offer a £1,000 tree care award for each winning tree.

‘The competition has unearthed some remarkable trees and demonstrates the strong ties and affection communities feel towards them, fostering a strong connection with nature. I am delighted that players of People’s Postcode Lottery have supported this celebration of the nation’s best loved trees.’

The Woodland Trust’s Tree of the Year competition runs in England, Scotland and Wales. By public vote, each country will have its own champion.

Just one of the three national winners will be selected to represent the UK in the 2021 European Tree of the Year contest.

By placing a vote individuals will also be entered into the Tree of the Year prize draw; the winner will receive a £100 voucher for Joules, which can be used online or in any of its stores.