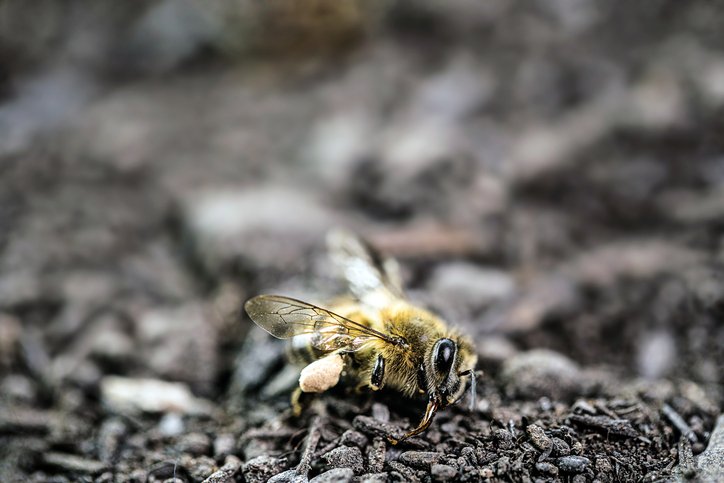 EU countries and the UK are exporting thousands of tonnes of banned, bee-killing pesticides to low- and middle-income countries, an investigation by Unearthed and Public Eye has revealed.

Between September and December 2020, EU countries issued notices of plans to export more than 3,800 tonnes of neonicotinoid pesticides which are banned for outdoor use in the EU because of the environmental harm they cause.

The IUCN has described these pesticides as ‘a worldwide threat to biodiversity, ecosystems and ecosystem services’.

The European Commission itself considers this threat so serious it plans to ban the import of foods containing any detectable trace of the neonicotinoids thiamethoxam or clothianidin, stating ‘we would not find it acceptable that the production of food for import into the EU leads to or poses a threat of serious adverse effects on pollinator populations at global level’.

Meanwhile, the EU continues to permit the production of these ‘neonics’ for export and use elsewhere.

The revelations raise the spectre of the EU banning the import of products from the global south on the grounds they are coated with pesticides exported from the EU itself.

More than 90% of the exports by weight were to low- or middle-income countries. 65 countries were notified of banned neonicotinoid shipments from the EU.

The EU banned the outdoor use of the neonics thiamethoxam, imidacloprid or clothianidin  in 2018, in what was described by UN agencies as evidence of a growing consensus on the ‘need to severely restrict their use’ due to the ‘high hazard they pose to the environment’.

‘This is the highest form of double standards exhibited by these EU countries. They are prioritising profits at the expense of the people and the planet. It is time for low- and middle-income countries to pass laws that protect their people and environment from these toxic chemical imports.’

The Rotterdam Convention forces all countries exporting pesticides banned on their own farms to notify the recipient.

Banned neonicotinoid exports from the EU became subject to the Convention on 01 September 2020. This allowed Unearthed and Public Eye to identify for the first time all notifications of banned neonicotinoid shipments out of the EU using Freedom of Information requests.

Close to half of all the notified exports of banned neonicotinoids from the EU were destined for Brazil. Brazil is host to up to 20% of the world’s remaining biodiversity, as well as being one of the biggest importers of highly hazardous pesticides which directly threaten this biodiversity.

‘This summer, more than 177,000 people called on the German government to ban the export of highly hazardous pesticides from Germany. The new German government must finally initiate this export ban and at the same time withdraw its support for the EU-Mercosur trade agreement which will increase the exports of dangerous pesticides to find their way to the Mercosur countries like Argentina and Brazil.’

Chemical giants Bayer and Syngenta were responsible for close to 90% of the EU exports of banned neonicotinoids.

Why neonicotinoids are banned

Neonicotinoids are designed to kill insects by attacking their central nervous system. They are systemic, meaning they render the entire plant toxic to insects.

They are not readily biodegradable, persist in soils and can easily contaminate waterways, lakes and groundwater.

The European Commission last year committed to ending the manufacture for export of chemicals banned for use in Europe.  However, it is still ‘assessing various options’ for how to do this, and does not expect to have a concrete proposal until 2023.