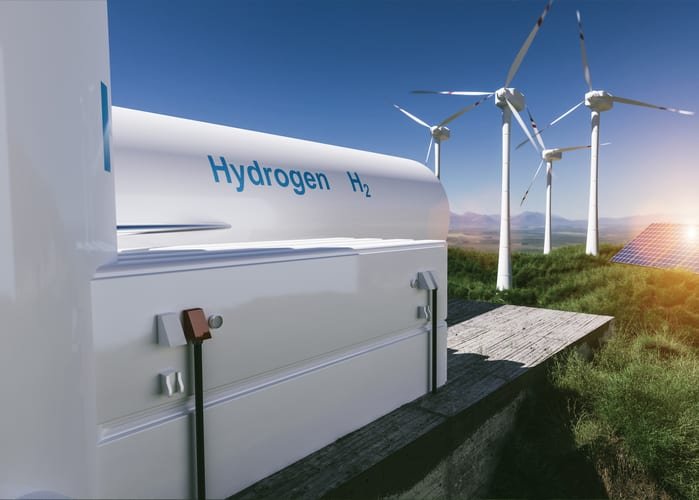 More than 60 MPs and Peers have now added their weight to the campaign for a UK-wide hydrogen strategy, which is now in its second phase.

Campaign leaders have secured a debate in the House of Lords on September 17 on the UK’s need for a clear hydrogen strategy. Boris Johnson has also said that the UK will ‘massively invest in hydrogen’.

Ready to move on hydrogen

Over the summer, top cabinet members including Chancellor Rishi Sunak, Michael Gove, Duchy of Lancaster, Welsh Secretary Simon Hart and Northern Ireland Secretary Brandon Lewis have all visited sites of UK-made hydrogen technology, indicating that the government is getting ready to make a major move into this policy area.

The cross-industry group, which combined employs around 100,000 people and has a value of £100bn in the UK, stands ready to invest up to £1.5bn in UK hydrogen projects and create thousands of green jobs across the country.

Launched in June this year, the campaign has quickly attracted cross-party support from those who believe the UK has the potential to become a global leader in low-carbon hydrogen technology.

Parliamentarians and industry are calling on the government to move fast to realise this opportunity and achieve the maximum economic benefit.

Baroness Brown, vice-chair of the Committee on Climate Change and former Secretary of State for Transport Chris Grayling added their weight to the group, along with a large number of the 2019 Conservative intake.

‘The hydrogen economy is set to be worth $2.5tr and create 30m jobs globally by 2050. The UK has the natural resources, skilled workforce and innovative businesses required to become a global leader in this hydrogen industry.

‘With other nations investing billions to develop their domestic markets, the UK must act now. The Prime Minister has committed to ‘invest massively in hydrogen’, we need to show that this is happening before the eyes of the world are on the UK at COP26 – or we’ll risk missing out.’

BARONESS BROWN
Vice-chair of the Committee on Climate Change

Over the last few days, the Japanese government has been running TV adverts in the UK to highlight its emerging hydrogen industry and encouraging foreign investment.

Parliamentarians that support the Hydrogen Strategy Now campaign believe a UK-wide hydrogen economy will create and sustain hundreds of thousands of high-skilled, green jobs, in all parts of the country and in alignment with the government’s ‘levelling-up’ agenda.

They also believe it will drive progress to Net Zero and improve air quality in towns and cities, while securing private investment into the UK and unlocking export opportunities for our products and skills. It will also increase our energy security by making fuller use of the UK’s natural resources.

‘A thriving hydrogen economy will benefit all parts of the UK. We stand on the verge of unlocking an industry that will create hundreds of thousands of jobs, provide essential progress to steps to Net Zero and strengthen the UK’s energy security.

‘It is encouraging to see Government ministers becoming increasingly excited about hydrogen. A hydrogen economy is essential for a Green Recovery so we must, at the earliest opportunity, deliver the policies to allow private investment to flow and mass commercialisation of UK hydrogen technology to begin.’

ALEXANDER STAFFORD
Conservative MP for Rother Valley and a member of the Business, Energy and Industrial Strategy

Outlining their proposals in a letter to the Chancellor earlier this year, the group said: ‘It is now clear that hydrogen is going to play an essential role in the world’s future, low-carbon economy. The increasingly bold steps being taken by other nations underlines the need for the UK to bring forward urgent measures to establish a hydrogen strategy and unlock investment and innovation. We should not risk falling behind other nations in developing our hydrogen industry.’

The global hydrogen economy is estimated to be worth $2.5 trillion by 2050, supporting 30 million jobs. Other nations, such as Australia, Japan, South Korea, Canada and China, have already set ambitious strategies for growing their hydrogen economies.