UK marine life on the move 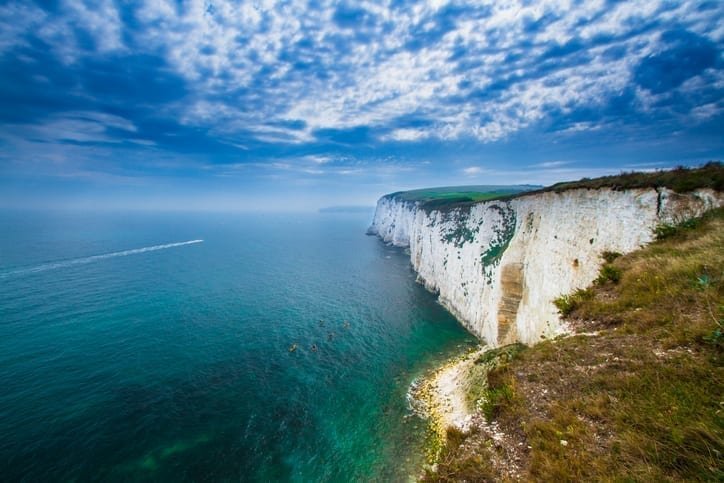 UK harbour porpoise populations are shifting to new areas, according to a new report that calls for further monitoring to help protect the species and ensure that marine conservation strategies are effective.

ORCA, one of the UK’s leading marine conservation charities, has launched The State of European Cetaceans 2018 report after analysing data recorded by a network of hundreds of volunteers across the UK.

This year’s edition focuses on harbour porpoise populations around the UK, and highlights that the distribution of this species in the English Channel has shifted.

Where are the UK’s harbour porpoises?

The shift of UK harbour porpoise populations could potentially have significant implications for efforts to protect a species that is facing an array of threats in Europe, with harbour porpoises one of the most threatened marine mammals in Europe due to their preference for coastal waters.

ORCA’s report highlights that populations of these animals in both the North Sea and Celtic Sea have moved into the English Channel. The cause for this shift is unconfirmed, but possible explanations include a shift in the harbour porpoises preferred prey or a change in sea conditions as a result of factors such as climate change.

Despite an apparent preference for the channel, the news follows Lewis Pugh’s observation that, while swimming the entire length of the English Channel for The Long Swim in August, he saw ‘virtually no wildlife – aside from a few birds, a few dolphins and one turtle.’

Speaking to Michael Gove after his record-breaking endurance swim, Lewis said ‘It shows that our oceans have been very badly over-fished. I have also seen plastic on every beach I’ve visited from Cornwall to Kent. We have taken the fish out of the ocean and replaced them with plastic.’

Citizen scientists vs the government

Harbour porpoises are the smallest species of cetacean found around the UK, measuring 1.5m to 1.7m long. They feed on small fish such as sand eels, and are identifiable from their distinctive triangular dorsal fin.

Harbour porpoises, like all cetaceans, are under threat from a broader array of threats than at any other point in history.

‘These findings highlight both the important role that citizen scientists can play in protecting whales and dolphins, and how critical it is to continue to monitor these animals to better understand where they can be found and how their distribution is changing.”

‘Harbour porpoises are one of the most elusive species of cetacean, so it is a testament to the hard work and skill of our volunteers that we have been able to come to such profound conclusions from their efforts.’

The species is particularly vulnerable to being caught in fishing gear, otherwise known as bycatch, with 1,500 porpoises killed by UK fisheries in a year. However, work to combat this and other threats is hampered by the limited nature of government-funded monitoring programmes, which only take place once each decade.

‘A whale and dolphin census every 10 years is not enough to keep tabs on an animal population that is, more than anything, a reflection of the ebb and flow of the oceans in which they live.

‘ORCA’s real-time monitoring and reporting comprehensively fills in the other nine years and stops the government from saying it can’t act in the interests of whale and dolphins when any sort of crisis affecting them occurs because it doesn’t have the evidence. This report is that evidence.’

Other threats profiled in the report include large whales being killed in collisions with ships, an issue that is widely underreported despite being one of the main threats facing larger species.

ORCA has been working in partnership with Brittany Ferries to monitor fin whales in the Bay of Biscay and learn more about their interaction with large ships in one of the busiest shipping areas in the world.

Toxic chemicals such as polychlorinated biphenyls, or PCBs, are also identified a key threat, with recent research suggesting that orca populations in Europe are at critical risk of suffering a catastrophic population crash due to exposure to these pollutants.

‘Threats to European cetaceans have never been greater, and without swift and decisive action we run the risk of losing some of these iconic and inspiring animals forever’, said ORCA director Sally Hamilton. ‘The UK and other European governments need to create more safe spaces for our whales and dolphins in order to safeguard them for future generations.’

ORCA’s citizen scientists recorded data on over 13,500 cetaceans in 2017 alone, with 25 species observed during 85 surveys conducted from ferries and cruise ships. Species sighted included the critically endangered north Atlantic right whale, with only 400 animals thought to be left.

Click here to find out how you can cut back on the chemicals you flush into our oceans.