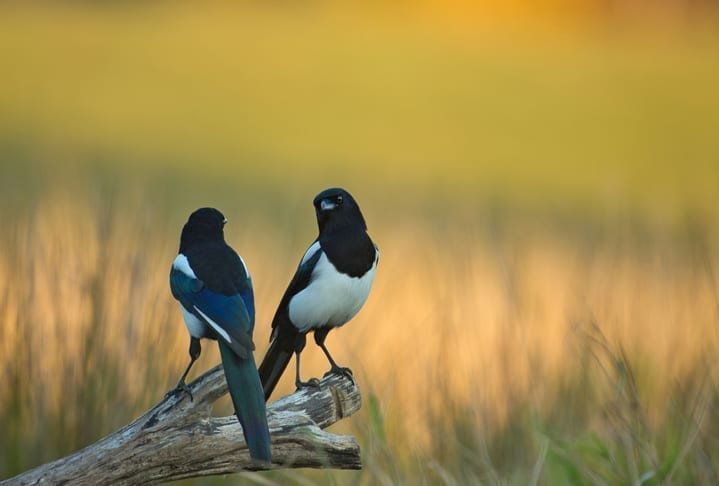 The Devil throws his club over Northumberland’s blackberries in late autumn, rendering them poisonous. Whooping cough will never be caught by a Lancashire child who has ridden upon a bear, and to kill a beetle in the East Riding of Yorkshire will surely bring on rain.

The British Isles abound in superstition and folklore; as the nights draw in, the National Trust is calling for people around the UK to share their tales – from fairies who groom the beards of goats to Neolithic monuments that bathe in the sea on Midsummer’s Eve.

The charity wants to capture the unique folk beliefs rooted in communities around the UK.

In Sussex, peony root necklaces were put on children to help with teething and to chase away evil spirits, while in Humberside a traditional rhyme recommends breaking the shell of a boiled egg to stop any passing witch using it to escape to sea.

Many people across the nation still refuse to walk under ladders, always throw a pinch over their left shoulder when they spill salt, or never put shoes on the table lest it leads to bad luck.

Many autumn and winter traditions are related to food and harvest. In cider-producing regions, orchard wassailing – where people sing to the apple trees (and sometimes hang toast on them) to awaken the trees and frighten away evil spirits – remains a popular January pastime.

Some of these traditions still make sense today, such as not walking under ladders, but in many cases the reasons behind the traditions and beliefs are being lost.

Trust staff say there is an increasing thirst for autumn stories and experiences beyond the modern Halloween offering. To help preserve them, the National Trust is asking people across England, Wales and Northern Ireland to share their stories.

The charity will use its findings to inspire local events and discovery experiences, adding to an autumn programme that is growing in popularity.

Dee Dee Chainey, author of A Treasury of British Folklore and co-founder of online folklore magazine #FolkloreThursday, says autumn is the perfect time to reflect on folklore, and the superstitions and traditions that result from it.

Dee Dee says: ‘Autumn was traditionally seen as a dark, mysterious time when the veil between the worlds is thin. It’s a time when the light of summer begins to fade, and the darkness creeps in – along with reflections on the more shadowy side of life.

‘The advent of modern technology, and a move away from an agricultural lifestyle, means that a lot of folklore is now being lost and forgotten, but it’s fascinating and helps us understand how our forebears understood their world.’

‘Autumn is a time when visitors are keen to discover and learn and our autumn programmes are growing in popularity all the time.

‘We can all see how much Halloween has captured the public imagination in recent years and our visitors are increasingly interested in the folklore and superstition that is attached to this time of year.

‘It’s a brilliant way into learning about the history of beliefs and traditions. Adults and kids have great fun with it and we want to provide many more experiences and activities in the future.’

Dee Dee continues: ‘We’d really like to get people thinking about their own local folklore, and the traditions and superstitions that have been passed down through their families. We want to make sure we don’t lose folk histories and we can hold onto the wonderful stories that often accompanied them.’

Examples of current National Trust folklore-themed activities include the Introduction to Folklore trail this autumn at Charlecote Park, a 900-year-old Warwickshire estate where Shakespeare is said to have poached.

Around the park, local artists Ros Ingram and Rachel Harwood have imagined folklore characters and stories in willow, ceramic and found objects.

A jaunty magpie crafted from ceramic and reclaimed domestic objects – including brass tap fittings – reminds us that across Britain, the tapping of a magpie on a windowpane is a sign of doom.

A willow stag is inspired by the legend that Diana, the leader of a local coven of witches, once rode through Charlecote’s grounds on a hart.

Dee Dee, whose book inspired the trail, continues: ‘Folklore and superstitions are a great way of gaining an insight into the past: what it was like to truly experience life in a particular time and place, and a way to evoke people’s fears and dreams.

‘But it’s still very much a living thing: the folklore and traditions we uphold say a lot about who we are, and the communities we live in. By talking about and sharing our folklore we are creating new connections, new communities, and celebrating those ties we have to each other, and the places we live in.’

Click here to read our article about visiting ‘The Home of Halloween’.