Waste not, want not

Ben Prior, founder and CEO of environmental fund manager Earthworm, takes a look at Brexit’s impact on Britain’s waste and recycling responsibility 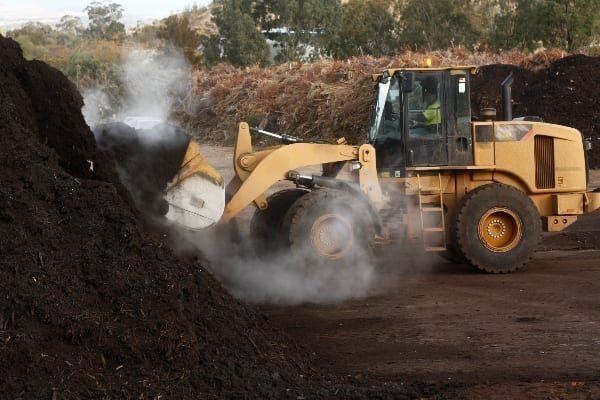 What I want to talk about is this: have you stopped to think about where our waste will go after March 2019?

No? I wouldn’t blame you either, so let’s look at it a different way. From March 2019 it could cost a lot more to dispose of our waste than it has done. And when I say cost, I mean both financial and environmental. Here’s why…

The UK does not take responsibility for millions of tonnes of its own waste. Every year, we export about 15 million tonnes of recyclable material overseas and about 4 million tonnes of our municipal household waste goes to the EU.

The cost of exporting waste

Our friends in the Netherlands and Germany are very happy to receive our waste in exchange for a fee. In fact, they take about 2.2 million tonnes of it, and other places like Sweden and other Scandinavian countries receive the balance.

Not only do we pay for the pleasure of sending it to them, but we’ve also got to get it to them in the first place. Consider for one second the environmental cost of actually transporting this material from your household bin to a refuse collection vehicle, on to a transfer station, shredded, sorted, baled, on to another vehicle, on to a boat, across the sea, onto whatever destination in the EU…

And the total cost of that? Significant. Especially when you multiply this by 4 million tonnes.

The average articulated lorry does eight miles per gallon. That is a lot of diesel back and forth when each artic carries around 24 tonnes. Consider too that the value of sterling versus the euro has declined by about 10% since 2016. Or how about that experts expect tariffs for the exporting of this waste to increase by up to 7% after March? That is of course if we are actually still able to send it to them post March.

And guess who pays for this delight? The faithful taxpayer, who always picks up the bill.

And don’t get me started on the environmental cost of the 26 million tonnes that we still dump in our own holes in the ground on these shores.

Let’s do it ourselves

The long and the short of this story is that, as usual, we are totally underprepared to deal with our own waste in this country and not enough has ever been done about it. Even now. Government after government, irrespective of political leaning.

Less than one month away from the biggest political, social and economic change in my lifetime and we are on the precipice in so many respects. So who’s even given a second’s thought to the stuff that our nice bin men collect every week?

So many questions and barely a flicker of response.

So, I’m done waiting for one. In fact, I was done about 10 years ago which is why I set up Earthworm. If government won’t do it, if local authorities can’t be bothered and if it’s simply an irritation to big business because it doesn’t suit their shareholders then we’ll just have to do it ourselves. Who’s in?

Earthworm is an environmental fund manager with industry professionals from food, recycling, waste management, power and renewable energy. It expertly sources, develops and nurtures early-stage businesses with huge commercial potential but only backs projects that will have a positive social or environmental impact on the world.

10% of Earthworm profits go to charitable causes, 10% is shared amongst Earthworm employees and 10% is invested in the environmental technologies of tomorrow.