We Feed the World 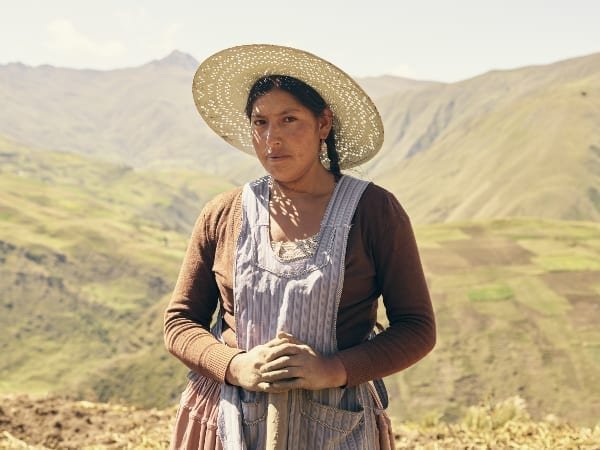 Launching at the Bargehouse Gallery, Southbank on 11 October, We Feed the World is a global photography initiative capturing the triumphs and tribulations of the smallholder farmers who produce 70% of the world’s food.

Over the last three years, award-winning photographers from around the world including Rankin, Martin Parr and Graciela Iturbide have given their time to document the lives of nearly 50 farming communities across six continents.

A selection of the 400+ images, together with their inspirational stories, will be shown in London and across all of the participating farming communities, breaking the Guinness World Record for the number of simultaneous photographic exhibitions held at any one time.

‘From ice-covered Northern Sweden to the depths of the Amazon jungle, these iconic images tell the diverse and inspiring stories of the men, women and families that supply the majority of the world’s food.

‘In doing so, the project seeks to replace the image of the poor, struggling farmer with a truer, more resilient picture that both highlights the political complexities yet simple solutions that are available to us in addressing some of the greatest challenges of our time. We want these images to empower people to support their local food system and protect our planet.’

The aim of the exhibition is to challenge the myth that we need industrial agriculture and quick-fix technologies to feed an ever-increasing population.

These world-renowned photographers capture agroecology in action, revealing that smallholder farming holds the answers to many of the world’s problems – from climate change and fertile soils to public health and wellbeing.

Cheryl Newman, curator and former photography director of the Telegraph magazine, said, ‘Photography is the language of our age and it has the ability to shift consciousness and effect change on a scale beyond any other form of communication.’

‘We Feed the World brings together an unprecedented number of world-renowned photographers, whose unique images will enlighten, inspire and motivate anyone who sees them’, Cheryl added. ‘I hope people will leave the exhibition contemplating where their food comes from and the impact it has on the world around us.’

5 ways you can support smallholders

‘We Feed the World’s winning combination of beautiful images and powerful storytelling is a wake-up call. Our most urgent task is to support farming communities around the world practicing the kind of regenerative agriculture that can keep our planet, our climate and our communities healthy into the future.’

The exhibition will be accompanied by a 10-day programme of talks, films and workshops by international activists in the food and farming movement, artists and leading campaign groups.

Jyoti Fernandes, Chair of the Landworkers Alliance noted that as we leave the European Common Agricultural Policy, the UK agriculture bill will determine the future of our food system for the next 50 years or more.

‘We want a food systems that support farmers to produce healthy, affordable food for everyone, using methods that are kind to animals, the earth and support independent farmers’, Jyoti said. ‘This is a critical time for the public to come together and make their support for good food and good farming clear to those negotiating our future.’

The Gaia Foundation is leading the project and campaign, alongside other farming groups, NGOs and ethical businesses such as the Landworkers’ Alliance, La Via Campesina and Sustain.