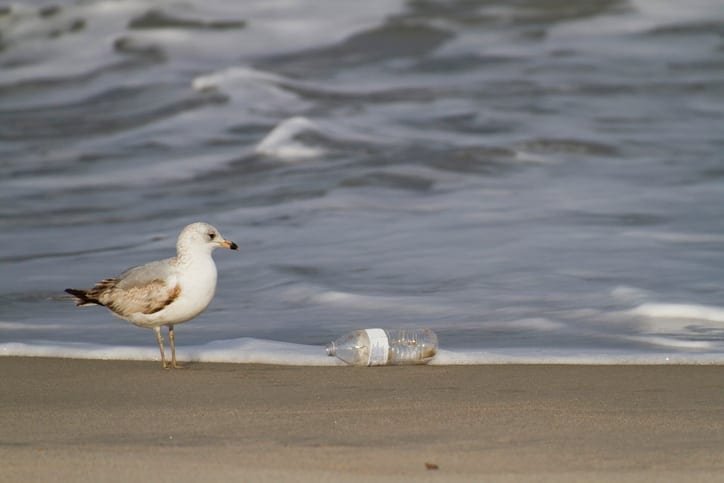 Four in five Britons say they are concerned about the amount of single-use plastic generated in the UK, a poll has revealed.

‘The public reaction to the plastics crisis we have all created is unprecedented. This huge environmental issue is being driven from the ground up and we need to realise the significant power we each hold to make change happen. Governments and industry will only stop plastic misuse if we keep this pressure up. We must vote with our wallets, championing those businesses and brands that are using alternative materials. Plastic is the tobacco of our generation with the same smokescreens and denials hiding the true impact to the health of our oceans, our soil and future generations.’

Pensioners are more likely to be concerned about single-use plastic levels than those in any other age category. 87% of people aged 65 and over are ‘very’ or ‘fairly’ concerned about the amount of plastic we generate.

People in South East England (83%) are the most likely to express concerns about the amount of plastic that’s thrown away, while those living in Yorkshire and Humberside are the least likely (70%).

The survey revealed that women and men are equally anxious about plastic waste, with 8 in 10 (80%) females and 79% of males expressing concerns.

The poll was commissioned by environmental campaign group Zero Waste Week, which marks its eleventh year this year. Founded in 2008, Zero Waste Week is an annual awareness campaign aiming to reduce the amount of waste that goes to landfill.

Zero Waste Week founder Rachelle Strauss said, ‘It’s clear that the great British public is growing more and more concerned by the amount of plastic waste that ends up in landfill or at the bottom of the ocean. This year millions of people around the world are coming together to rethink our over consumption of single-use plastics, look for alternatives and increase pressure on manufacturers and suppliers for more sustainable solutions.’

Rachel added, ‘It’s vital that businesses, governments and citizens come together in a bid to call time on the ticking time-bomb that our over consumption of single-use plastics is having.’

Click here for more about the ‘overwhelming’ public response to plastic pollution.