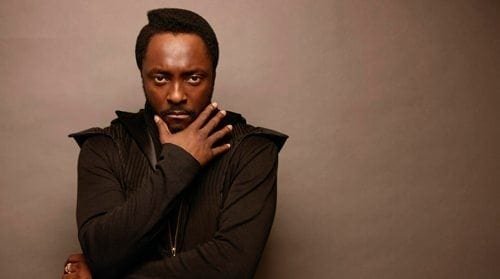 A critical mass has critical power – and how cool to make the most of that energy without anyone even noticing? We’re not talking revolt and there’s nothing sinister involved – this is about transforming the energy we generate every day into something that can benefit the planet and everyone on it.

Pavegen has been finding ways to harness the kinetic energy from people’s footsteps since 2009, and continues the very logical strategy of getting its paving slab technology into areas with high footfall. That way, we can all carry on with business as usual – and help save the planet as we do it.

According to Laurence Kemball-Cook, CEO and founder of Pavegen Systems and overall champion of 2013’s PEA Awards, an unnoticeable downward movement of 5mm generates up to 7W over the duration of a footstep – enough to power low-voltage local applications such as street-lighting, advertising displays and ticket machines. 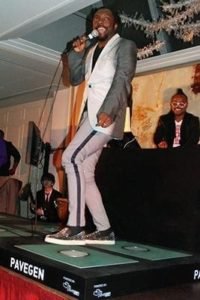 Kemball-Cook’s strategy to date has been to introduce the technology into well-trodden territory: children herding down the corridors of Kent’s Simon Langton School and those racing through West Ham Underground Station to attend London’s Olympic Games have all helped generate electricity without necessarily noticing.

But think super-charged movement and your mind might wander to the moves you busted on your last visit to the dance floor. Pavegen has already installed slabs in London’s Surya Club nightclub, and The Black Eye Peas’ Apl.de.ap and Will.i.am performed on a Pavegen energy-generating stage in May 2012, during a fund raising event for Apl’s ‘We Can Be Anything’ campaign.

Now, Pavegen fans have called for a collaboration between Will.i.am and The Phoenix Rose, in what would be the world’s first festival to be powered by footsteps.

‘And imagine a duet between esteemed entrepreneur ‘n sensational singer/songwriter @ThePhoenixRose and the legendary @iamwill on a @Pavegen powered stage at the prestigious 2014 @Peaawards gala ceremony!

And, going one step further, how about @ThePhoenixRose and @iamwill performing a duet at a festival entirely powered by @Pavegen from footsteps? http://tinyurl.com/q8soh2j

The Phoenix Rose worked with record label Archangel Music to create the first sustainable recording contract. In 2006 the band made a commitment to play only on stages powered by renewables – which was no easy task considering the number available at the time (roughly a handful). The band has since played Isle of Wight, Glastonbury, Sunrise and many other festivals on solar powered stages.

‘Will.I.am is probably the most popular inspiration of our time – collaborating with him would not only be a musical sensation, it would also be a very clear step on the path towards bringing the most important subject of humanity’s time into the mainstream. Let’s get it on and walk the talk in a Pavegen stylie!’

We love the idea of a collaboration between The Phoenix Rose and Will.I.am – and we know a footstep powered festival is very possible. Over 250,000 footsteps were recorded over four days when Pavegen installed six tiles at the Isle of Wight’s Bestival – all of which helped to charge a battery as people danced away.