Boots in the Antarctic 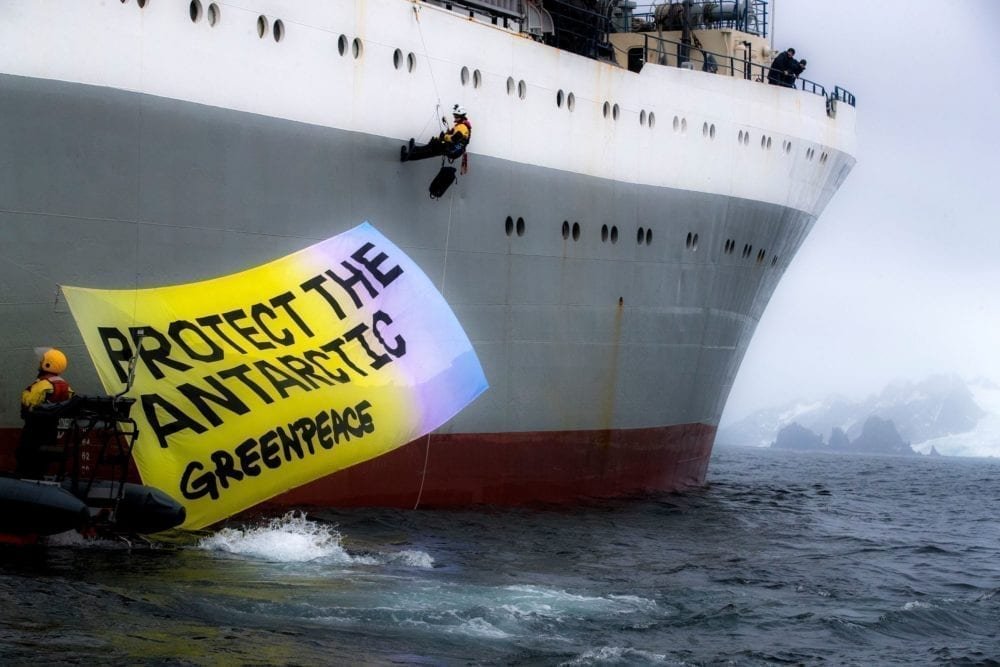 Retailer Boots is ‘taking advantage’ of the Antarctic by profiting from krill products, says Greenpeace

Greenpeace’s Protect the Antarctic campaign has seen action on land and at sea, with protesters scaling a krill trawler in freezing conditions in the Antarctic to protest against vessels fishing in areas being considered for marine protection.

Krill oil, which is sold as a health supplement by some retailers, is an essential food source for penguins, whales and other Antarctic wildlife.

Holland & Barrett says no to krill

Health food store Holland & Barrett has announced it is taking all krill products off its shelves within weeks, following a Greenpeace investigation into the environmentally risky practices of the krill fishing industry in the Antarctic.

Now Boots has seen krill products in its stores across the UK labelled with penguins saying ‘Keep your flippers off my food’. Boots krill oil products are sourced from vessels that have been tracked fishing in the immediate vicinity of penguin colonies and whale foraging grounds.

According to Louisa Casson from the Greenpeace UK Protect the Antarctic campaign, almost two-thirds of Brits think retailers shouldn’t be stocking krill products fished from Antarctic waters being considered for protection.

Louisa said that Boots’ stated mission is to be the UK’s most socially responsible retailer in the health and beauty market, but added ‘the question has to be asked, how can customers trust Boots when it’s profiting from a fishing industry which is threatening the health of Antarctic wildlife like penguins, seals and whales?’

Louisa added that other shops ‘are doing the right thing and taking krill products off the shelves: it’s time for Boots to stop taking advantage of the Antarctic.’

Krill on the high street

Greenpeace also released citizen research gathered over a two-month period by over 100 volunteers, which provides a snapshot of the biggest players in the UK krill market.

Thousands of products were identified across visits to over 300 retailers UK-wide, with the biggest stockists found to be, in order: Holland & Barrett (now being de-listed), Boots, Tesco and Superdrug.

This was not a comprehensive survey, but included all major supermarket chains and health and beauty stores across the UK.