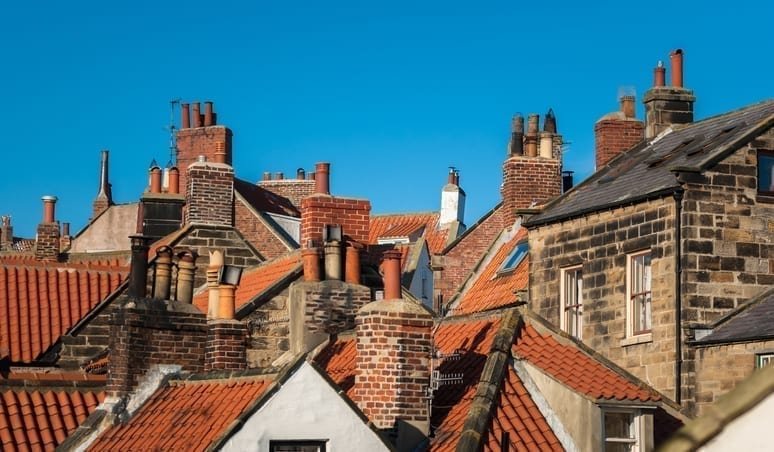 Yesterday (14 January), Environment Secretary Michael Gove launched a new strategy to clean up our air and save lives.

Air pollution is one of the biggest threats to public health in the UK – behind only cancer, obesity and heart disease. The government says the measures set out in the Clean Air Strategy will cut the costs of air pollution to society by £1.7 billion every year by 2020, rising to £5.3 billion every year from 2030.

The UK’s long-term target will be to reduce people’s exposure to particulate matter (PM), which the World Health Organization (WHO) has identified as the most damaging pollutant. To inform development of this new target, the government will publish evidence early this year on what action would be needed to meet WHO guidelines.

This target is in addition to the commitment to halve the number of people living in areas breaching WHO guidelines on PM by 2025.

The UK is the first major economy to adopt air quality goals based on WHO recommendations, going beyond EU requirements.

‘The evidence is clear. While air quality has improved significantly in recent years, air pollution continues to shorten lives, harm our children and reduce quality of life.

‘We must take strong, urgent action. Our ambitious strategy includes new targets, new powers for local government and confirms that our forthcoming Environment Bill will include new primary legislation on air quality.

‘While air pollution may conjure images of traffic jams and exhaust fumes, transport is only one part of the story and the new strategy sets out the important role all of us – across all sectors of work and society – can play in reducing emissions and cleaning up our air to protect our health.’

With a commitment to end the sale of conventional new diesel and petrol cars and vans from 2040, the UK is going further than almost every other European nation in tackling emissions from cars.

But air pollution does not just come from transport and the Clean Air Strategy sets out a programme of work across government, industry and society to reduce emissions coming from a wide range of sources.

Following a recent increase in popularity, domestic burning on stoves and open fires is now the single biggest source of particulate matter emissions.

As part of the new strategy, the government will introduce new legislation to prohibit the sale of the most polluting fuels. It will also ensure that only the cleanest stoves are available for sale by 2022.

The strategy states that the government will continue to explore how it can give local authorities powers to increase the rate of upgrades of inefficient and polluting heating appliances. It will also bring existing smoke control legislation up to date, also making it easier to enforce.

Jenifer Baxter, head of engineering at the Institution of Mechanical Engineers, said the Clean Air Strategy ‘is a missed opportunity to provide greater clarity on how monitoring equipment and systems could be developed in order to inform decision making’.

‘Monitoring the UK’s emissions more effectively would provide better evidence and help us decide on the best solutions for our communities. In particular, we would like to see the Department for Environment, Food & Rural Affairs work with the Department for Transport to introduce emission monitoring equipment across our transport network (e.g. in streets, underground stations, enclosed railway stations, ports, airports) along with real-time on-vehicle monitoring.’

JENIFER BAXTER
Head of engineering at the Institution of Mechanical Engineers

With just 271 air quality monitoring stations throughout the UK, she said, this strategy ‘was an opportunity to improve our understanding of emissions, both across different sectors and the UK, and air pollution’s role in contributing to nearly 40,000 early deaths a year’.

‘We need legally binding commitments, particularly for transport and energy systems, that could help improve the quality of the air we breathe across the UK’, Jenifer added. ‘Local authorities have already been given responsibility for tackling roadside nitrogen dioxide concentrations, but we need to be making a determined effort to deal with transport emissions more broadly.’

‘Air pollution kills 7 million people globally every year, making it one of the largest and most urgent threats to global health of our time, I applaud the United Kingdom’s Clean Air Strategy, which will not only help to protect the health of millions of people, but is also an example for the rest of the world to follow.’

The Institution of Mechanical Engineers called for a Clean Air Act in its A Breath of Fresh Air report, which outlined the need for coherent and consistent monitoring of transport emissions, so informed targets can be set. ‘We recommended incentives for freight deliveries outside peak hours and highlighted the potential to retrofit diesel trains to cut emissions while trains are standing at platforms’, Jenifer said.

The government is also taking action to reduce air pollution from agriculture which is responsible for 88% of ammonia emissions.

It will help farmers to invest in infrastructure and equipment to reduce emissions, and introduce regulations that require farmers to use low emission farming techniques.

Regulations will also be introduced to minimise pollution from the use of fertilisers.

The government says it will support farmers to make these changes. In September 2018 the government launched a £3 million programme through the Catchment Sensitive Farming (CSF) partnership to fund a team of specialists who work with farmers and landowners in priority areas to provide training events, tailored advice, individual farm visits and support with grant applications.

The Agriculture Bill already sets out how future financial support for the farming sector will focus on delivering improvements to the environment.

The government is now proposing that a future environmental land management system should fund targeted action to protect habitats impacted by ammonia.

THE COST OF AIR POLLUTION

By taking action on air pollution, the government is hoping to help people live well for longer and support the NHS Long Term Plan, which has a greater focus on prevention rather than cure.

Revised damage costs for air pollutants, also published yesterday, show the cost to society of air pollution per tonne of emissions is greater than previously thought for some pollutants.

The updated costs reflect an improved understanding of the long-term health impacts of air pollution, incorporating the costs of additional health conditions such heart disease and childhood asthma in addition to the effect of shortening lives, which was already included.

This new work means that the estimated impact of the measures included in the Clean Air Strategy are larger than when the draft strategy was published for consultation last May.

‘Air pollution is a health issue: it harms the health of the nation. For each of us, our health is unavoidably shaped by the environment we live in. Environmental factors determine around 30% of our healthy life expectancy. Air pollution poses the single greatest environmental threat to human health.

‘Breathing dirty air is associated with a host of health problems, from asthma to cardiovascular disease and lung cancer, and all too often it is the most vulnerable – children, older people and those from poorer backgrounds – who are hit hardest. In short: clean air helps you live longer.

‘No-one can tackle air pollution alone so it is a duty of government to act for us all. We are determined to clean up our environment and are taking the lead with this Clean Air Strategy. We have made strides forward over the past few years and the action we are taking today will save lives and improve the health of the nation – both for those of us here today and for generations to come.’

The government will shortly bring forward an Environment (Principles and Governance) Bill which will include primary legislation on air quality, last updated in the historic Clean Air Act of 1993.

Click here to find out when the UK broke its 2018 air pollution limit.