Over 15% of food is lost before leaving the farm, according to new WWF report 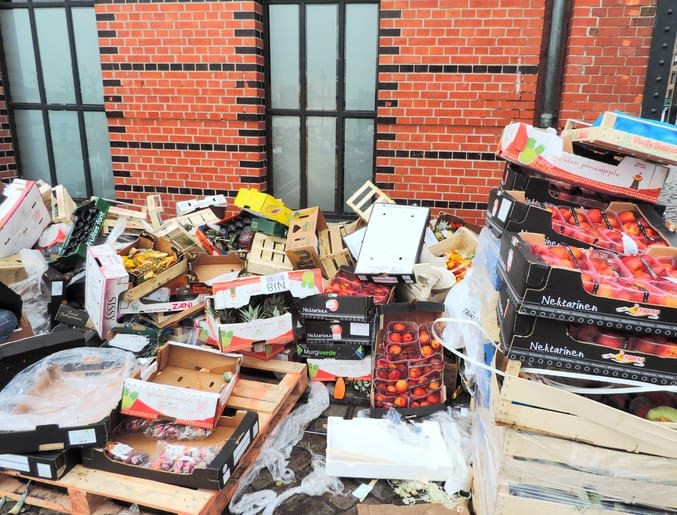 A new WWF report reveals that 1.2 billion tonnes of food produced globally is lost before it even leaves the farm.

The Driven to Waste report, released yesterday (21 July) by WWF-UK and British retailer Tesco, finds that at the farming stage alone, 15.3% of food produced around the world is lost during harvest or slaughter operations.

The new estimates mean that as much as 40% of all food could be wasted globally when both farming and post-farming are taken into account.

Previous estimates on food waste, including by the UN Food and Agriculture Organization (FAO), only look at waste occurring after the food has been harvested – as a result, they may be gravely underestimating the magnitude of the problem.

The report also suggests that food loss on farms is an overlooked problem in Europe and other industrialised regions, which tend to focus on food waste happening at retail and consumer levels.

‘Driven to Waste makes it clear that providing access to technology and training on farms is not enough; decisions made further down the supply chain by business and governments have a significant impact on the levels of food lost or wasted on farms.

‘To achieve a meaningful reduction, national governments and market actors must take action to support farmers across the world and commit to halving food waste across all stages of the supply chain. Current policies are not ambitious enough.’

This is despite their higher on-farm mechanisation, better infrastructure and more advanced agronomic practices.

One of the multiple factors behind this is agricultural overproduction and the saturation of markets, which drives prices down and creates a structural problem that perpetuates waste.

‘The EU has long overlooked the importance of food waste happening at the earliest stages of the supply chain. These new estimates should come as a rallying cry: we can no longer close our eyes to this reality or postpone action.

‘From too strict aesthetic specifications for farm produce and poor farm labour conditions to dysfunctional markets and policies that disregard the impacts of food waste, there are multiple factors across the food system that contribute to this worrying trend and must be addressed. The task may seem daunting, but it is within reach if all actors engage and do their part.’

CAP and Farm to Fork

The EU has two upcoming opportunities to better address food waste at farm level.  With the political agreement on the CAP reform reached, EU farm ministers are now finalising the drafts of their national strategic plans, in which they set out how they’ll implement the CAP until 2027.

One of the explicit objectives of the new CAP is to address food waste – but given the lack of awareness, it risks being sidelined by other competing priorities.

During the design and review of the plans, Member States and the European Commission need to work hand in hand to ensure that CAP funds are allocated to food loss and waste prevention actions at farm level.

In September, MEPs from the Agriculture and Environment Committees are expected to vote on their own-initiative report on the Farm to Fork Strategy, which will be followed by a plenary vote later in autumn.

In the report, MEPs need to call on the Commission to enhance food waste data collection at the farm level, and to make sure this crucial stage of the food supply chain is fully covered by the EU food waste reduction targets announced for 2023 in the Farm to Fork Strategy.