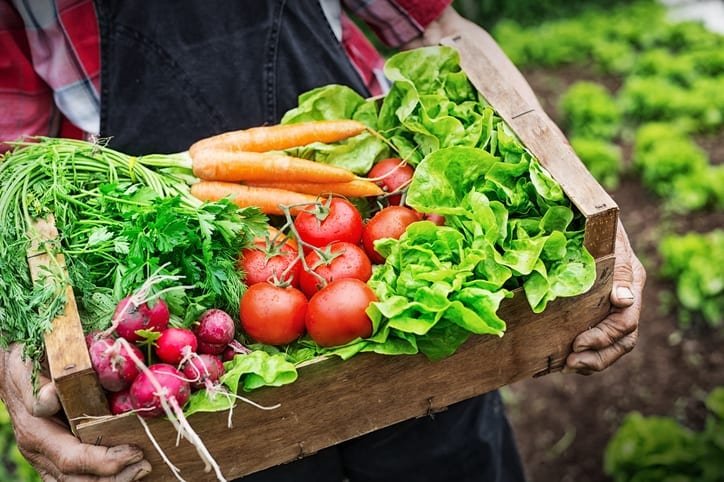 Ethical grocer fresh-range has expanded its home delivery service to cover the whole of England, Wales and most of Scotland, offering fresh food sourced from producers that have been selected for their ethical credentials.

The award-winning online store enables small-scale producers – from bakers to brewers and farmers to fishmongers – to supply direct to consumers.

In turn, the customers can shop with a clear conscience, knowing they are buying fairly priced produce with a sustainable and transparent supply chain.

‘Fresh-range is on a mission to deliver fresher food sourced with care from suppliers with the highest welfare and environmental standards. We are offering a new way for people to engage with British farmers and source food and drink directly via short and transparent supply chains.

‘The company has experienced greater than 50% growth year-on-year for the last three years, but until now the service has only been available in the west of England. Now we have ambitious plans to offer the same infrastructure across 16 regions, so that customers can trust that their money is supporting sustainable producers who are tackling the climate and ecological crisis.’

To mark the national roll-out, fresh-range has partnered with Farm Wilder to launch the UK’s first range of wildlife-friendly beef and lamb. It features a new labelling method that clearly states the wildlife the farmers are working to protect.

‘Farm Wilder is playing a vital role in supporting livestock farmers to make the transition to sustainable wildlife friendly farming. We need to encourage them to make this change, and that means buying their produce rather than intensively produced supermarket food.’

Tim had heard about livestock farmers on Dartmoor who were protecting the endangered marsh fritillary butterfly through their nature-friendly farming practices. It occurred to him that it was possible to link produce with biodiversity, and the concept of Farm Wilder was born.

‘Many species of British wildlife are threatened with extinction because we’ve chosen to farm intensively and produce cheap food. If we want to have a countryside bursting with life, it’s absolutely crucial we support the farmers working hard to halt species decline. That’s why we’re partnering with fresh-range, to offer their customers wildlife-friendly meat and a different kind of labelling system that celebrates biodiversity.’

Up to 40% cheaper than supermarkets

Customers of fresh-range can choose from a variety of artisan products and everyday essentials – from homemade bread from Hobbs House Bakery to organic vegetables from Farrington’s Farm – that are up to 40% below supermarket prices.

‘We take a sustainable, organic approach to horticulture at Farrington’s Farm. So, it’s great for us to have a partner like fresh-range who wholeheartedly believe in our ethos and provide a market for our produce beyond our own farm gate. We harvest in the early hours of the morning, fresh-range collect and dispatch for delivery to customers just hours later.’

By sourcing directly from producers and immediately delivering to the customer, fresh-range removes the need for retail infrastructure. This allows a reduction in customer prices and fair pay for farmers.