When it comes to green energy, Octopus Energy’s Jackson Howarth says the future is flexible 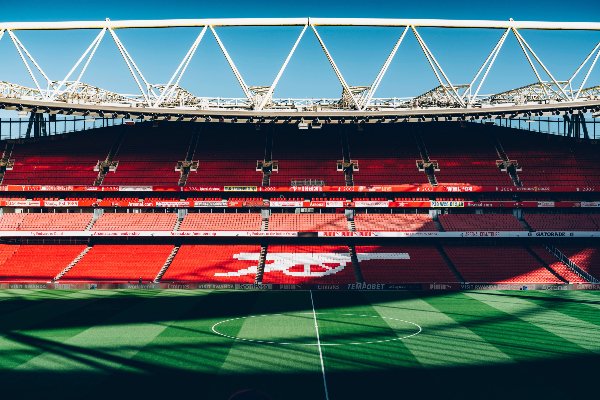 Whirring away beneath Arsenal’s Emirates Stadium are several rows of large white boxes.

At a glance they’re unassuming, but in actual fact they’re gamechangers: massive batteries with enough energy to power the entire stadium for a full 90 minutes.

Installed in 2018 by Octopus Energy and Downing LLC, the groundbreaking Arsenal batteries can stop as much carbon going into the atmosphere as would be emitted by 2,700 homes over the course of a football match.

This is the future of energy, and the only way society could one day be powered by 100% renewables, 100% of the time.

Energy storage is a hot topic. From big batteries like the ones at the Emirates Stadium to the smaller smart batteries popping up in homes across the UK, the ability to store energy is a vital part of a plan to make renewables work on a massive scale.

It’s all because they bring flexibility to the grid, creating a smarter, more complex, dynamic system that’s not unlike the internet.

At this very moment, teams of ‘flexperts’ are hard at work putting batteries at the service of the green energy revolution, bringing the benefits to ordinary people up and down the country.

What is energy flexibility?

To give a bit of background, our electricity grid must always be well balanced. If there isn’t enough energy being pumped in to meet demand there can be power cuts, and if more energy is pumped in than is being used up it can damage grid infrastructure.

When it was first built over 100 years ago, our energy grid revolved around huge coal power plants where tonnes of dirty fossil fuels were burned to meet the nation’s energy demand.

Any flexibility in the system came from being able to adjust the supply; if the country began to use more energy, we could just turn on more coal plants to keep up.

In recent years, we’ve come to understand the threat that burning fossil fuels poses to people and ecosystems around world, and have begun to pivot to cleaner, greener energy like wind and solar.

Wind turbines and solar farms are quite simply wonderful; not only are they green, but the fuel itself is 100% free and abundant.

The electrons they generate are remarkably cheap – already the cheapest way to produce energy globally.

Yet renewable energy is intermittent; we can’t say for sure when the wind will blow or the sun will shine, and we can’t just turn renewables on whenever we want.

On some especially windy days we already have far more wind power than we need, and we actually have to pay to turn wind generators off in order to protect the electrical grid.

It’s an utter waste of low-carbon power, especially given that when energy demand peaks – usually 16.00-19.00 when the sun is low – the grid often has to ask generators to burn more fossil fuels.

This is the central challenge of the energy transition: if we can no longer rely on turning large, dirty generators on and off to match our ever-changing energy demand, then flexibility will have to come from somewhere else. Only then can we smooth the sun and wind’s spiky, erratic power into a stable and controllable 24/7 supply.

Is energy storage the answer?

Batteries like those at the Emirates Stadium can charge up when renewables are abundant and energy is therefore at its very cheapest and greenest.

Arsenal can then choose to run a full 90-minute game off its batteries and avoid using the grid whenever energy is dirtier and more expensive.

But that’s not all. Given that games at Arsenal happen relatively infrequently, the Arsenal batteries can fill up on green energy and then send it back to the grid to give neighbouring homes cleaner energy whenever the UK is in danger of being short of power.

This represents another way to unlock flexibility. By storing renewably generated electrons for use later on, we’re now able to call on green energy whenever we need it.

In other words, energy storage devices like the one Octopus helped install at Arsenal allow owners to get paid to help make renewables work on a huge scale.

In the near future, we might well see other ways of storing energy come to the fore – Octopus and RES have recently pledged to invest £3bn in developing green hydrogen over the next decade, some of which will be used to explore green hydrogen storage.

Bathed in the greenish glow that radiates from several complex-looking wall-mounted arrays, a team of mysterious flexibility vanguards is busy running a series of crucial experiments.

Octopus’ Kraken Flex team uses cutting-edge machine learning technology and unparalleled energy expertise to help batteries unlock as much flexibility as possible, and make sure as little of the UK’s wind power as possible goes to waste.

Kraken Flex currently controls hundreds of batteries across the UK – enough to store 1.2GW of power. That’s as much storage space as in half the UK’s total 350,000 electric vehicles.

To give an example of what the team does, at half-time during the momentous Euro semi-finals, the Kraken Flex team anticipated a massive nationwide tea break and unleashed the batteries, sending enough stored power to the grid to address half of that extra demand.

According to the National Infrastructure Commission, smart energy schemes like those enabled by Kraken Flex could save the UK £8bn a year by making the most of cheaper, greener renewable energy and reducing the need for expensive infrastructure updates.

Make money from your home

It’s not just huge companies and big batteries doing this stuff. Right now, people like you and me are mucking in, using in-home flexibility to support renewables and saving huge cash to boot.

The Kraken Flex team is working to make this a part of everyday life, so that in the near future your home and car could make you money without you needing to do anything at all!

In fact, thousands of Octopus Energy customers are already living in futuristic flexible homes thanks to home batteries and electric vehicles (EVs) storing and discharging energy in much the same way that Arsenal is.

In doing so, they’re laying the blueprint for a second massive, decentralised network of smaller, smarter in-home batteries.

A 2020 trial by Octopus Energy and Powervault showed that even without having solar panels on the roof, the average UK customer could save £270-580 per year by using a ‘Powervault’ battery alongside a smart tariff like Octopus Energy’s Agile Octopus.

This tariff allows you to take advantage of cheaper off-peak energy, which you can then store when demand is low and the electrical grid is chock full of cheap, green electrons.

Power from your EV

EVs also have massive storage potential; they’re basically giant batteries on wheels, and more and more of them are being built with a capability to export power rather than just taking it in.

Octopus’ Powerloop project transforms the UK’s EVs into another huge network of decentralised batteries. It revolves around an idea called Vehicle-to-Grid charging.

You charge up on cheap, green energy overnight, drive around in the day and then, rather than plugging your vehicle in to charge when you get home, you discharge any leftover energy.

It can be used to power your home, or the green electrons can be sent back to the grid to help address consumer demand at a time when renewables are generally scarce.

Early analysis suggests that if the UK’s EVs were all plugged in at the right times, they could store renewables with enough capacity to meet half of the UK’s energy needs.

What’s next for flexibility?

In the near future, the team at Kraken Flex expects the batteries in people’s homes and EVs could be grouped together, which would allow these customers to get paid even more for providing a coordinated, local, data-driven flexible service.

Energy storage, renewables and flexibility go together like three peas in a very green pod. Early pioneers are already saving hundreds by using energy and batteries flexibly at home, and flexperts like the team at Kraken Flex are working to make energy storage and flexibility a part of everyday life.

By allowing us to store and use green electrons that might otherwise go to waste, batteries are unlocking the flexibility we need – and paving the way for a world that can be powered entirely by zero-carbon solar and wind energy.