GBK: ‘totally out of touch’ 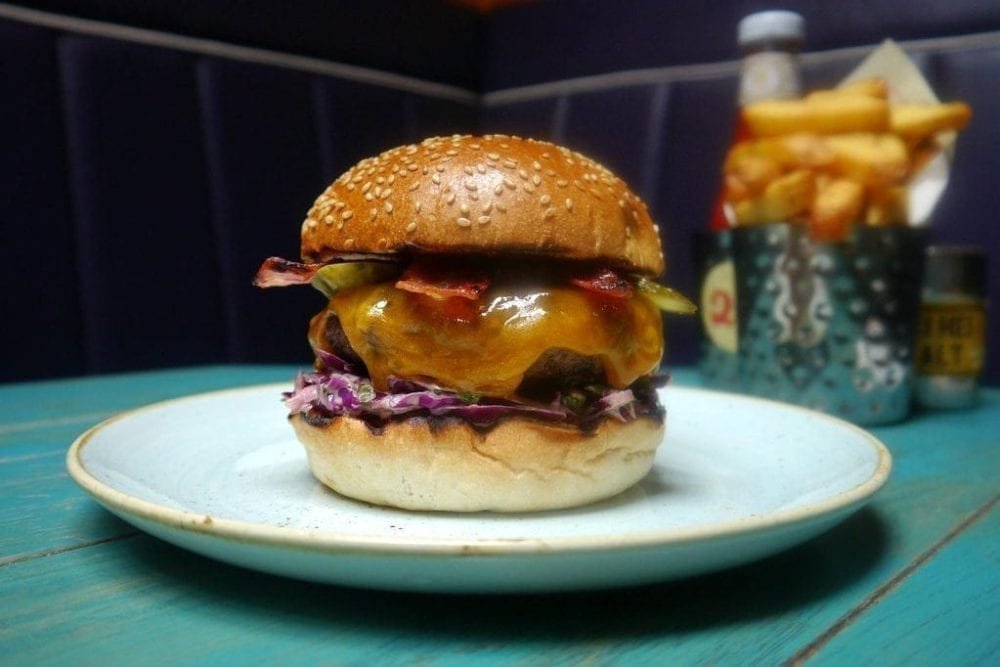 Never underestimate the power of the vegan voice. Gourmet Burger Kitchen found this out the hard way over the weekend, when complaints came flooding in for their latest ad campaign, forcing them to backtrack and pull the ads after just two days.

The Bison Arms – does this Brighton campaign have the muscle to stop Burger King?

One of the three GBK ads seen across London showed a picture of a young cow together with the caption: ‘They eat grass so you don’t have to.’

Another read: ‘You always remember the time you gave up being vegetarian’, with a third depicting one of their burgers, with the caption ‘Vegetarians, resistance is futile’. 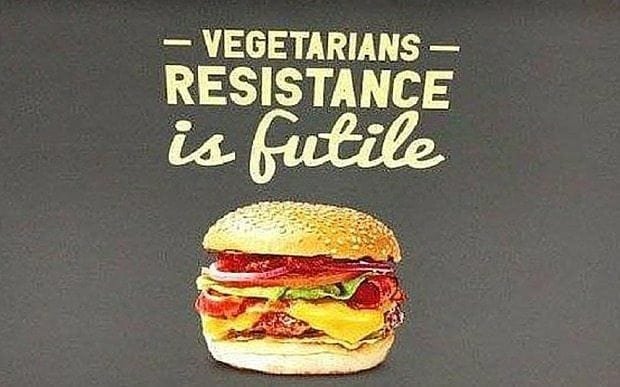 GBK was inundated with complaints, as was the Advertising Standards Agency. Among other things, the burger chain was accused of picking on a minority group; it seems GBK was as unaware of the legal status of veganism as a protected belief under equality laws as it was about the size and strength of the vegan community. The campaign backfired tremendously.

Thousands upon thousands took to social media to show their outrage. The parody #gourmetmurderkitchen even started trending on Twitter.

GBK responded by confirming it would take down the ads and withdraw the campaign.

1. We've been reading the reaction to our latest advertising campaign and needless to say, we're quite taken aback.

2. The last thing we ever intended to do was offend or alienate vegetarians. The same vegetarians we've looked after since our first GBK.

3. Our intentions were light-hearted and not meant to cause any offence, but clearly we have, and for that we apologise.

4. While we've served beef at the core of our menu since 2001, we've always catered well to the veggies out there, & always will.

5. So having read all your comments and messages, we've made the decision to take down some of the adverts.

The vegan movement in the UK is growing at an incredible rate. Many thousands go vegan every month as people find out about true realities of animal agriculture, and become more aware of the damage meat and dairy products do to their health and the environment.

‘What a wonderful example of the power of the people to change things. They spotted an injustice, and made their voices heard. GBK had no choice but to listen and react.

‘GBK has shown itself to be totally out of touch. These outdated and highly offensive ads were completely misjudged and smacked of both naivety and ignorance. Were they not aware of the growth of the vegan movement?

‘If they wanted to bring in new custom to boost a slow January, they ought to have embraced Veganuary, rather than alienate a growing section of society, and offered some more vegan options. That’s what their competitors, Handmade Burger Co, have done this month with enormous success.’

Sign up to the Vegan Society’s 30-day vegan pledge to get daily emails containing advice, information and delicious recipes.

Click here to find out more about the Vegan Society.