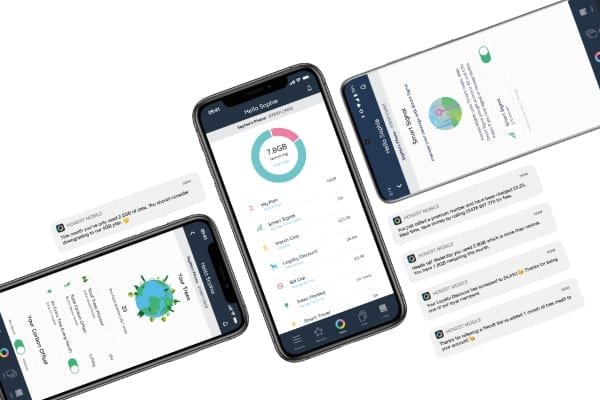 The mobile industry has been slow to embrace sustainability; considering the volume of users and the explosive growth rate, it’s about time that the industry changed for the better.

From day one, Honest Mobile’s mission was to build a network that’s better for customers and for the planet. It can now support this ethos with its Carbon Neutral Company status.

To reach this goal, Honest Mobile has offset emissions defined by The Greenhouse Gas (GHG) Protocol, including Scope 3 emissions which include the manufacture and daily charging of handsets as well as customers’ daily network usage.

In collaboration with non-profit organisation On A Mission, Honest Mobile has been tackling each of the GHG Protocol’s scopes and offset emissions through sustainable reforestation.

It has always offered carbon-neutral calls, messages and data – and with its new Carbon Neutral Company status the next challenge is to achieve zero-carbon status.

As members of the 1% For The Planet movement, 1% of all Honest Mobile’s revenue is donated to reforestation projects and the planting of trees.

All Honest Mobile customers can keep track of the trees planted on their behalf via a dedicated app.

With an estimated global mobile user base of 5.9 billion by 2025, it is estimated that the Information and Communications Industry will use 20% of the world’s electricity.

It’s crucial for changes to be made if the industry is to reach net-zero by 2050 in line with the Paris Agreement.

In contrast to other mobile networks, Honest Mobile has already reached its first target of being carbon neutral.

While EE and Three have set out to reduce their energy usage and carbon footprints, no clear target has been set to reach net-zero.

The mobile industry’s current attitude is to overcharge customers and pay little attention to environmental impact.

Honest Mobile saw an opportunity to revolutionise the market.

Its focus is on sustainability while offering customers a service with transparency.

A Smart Signal bolt-on allows connection to another network with a lost signal, real-time notifications on charges and a customer team based in the UK.

Smart Signal is an optional feature that allows the best connection on the Honest network.

Using the Three network by default, if a signal is lost it will automatically connect to either EE or O2.

Best of all, the price does not change and there are no additional charges for using another network.