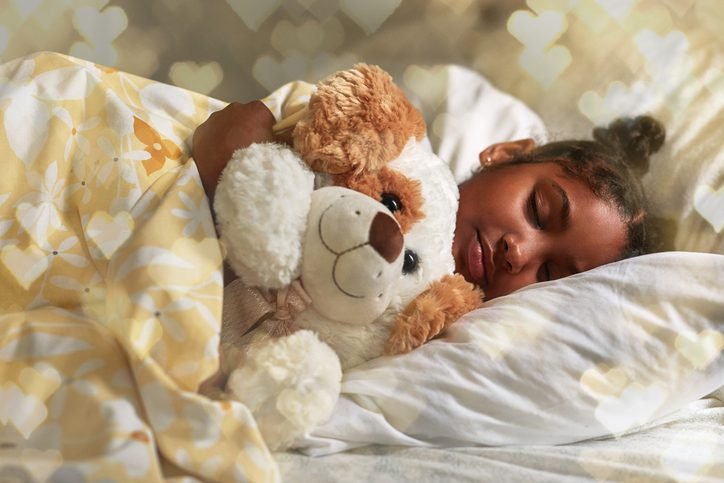 As COP26 continues this week, Good Morning Britain (GMB), in partnership with the University of Portsmouth, has embarked on a groundbreaking investigation into microplastics.

For the very first time, the exclusive research looks at exactly what is in the air that we’re breathing in our homes and what impact that may be having on our health.

According to Professor Anoop Jivan Chauhan MBE, Respiratory Specialist and Director of Research and Innovation at Portsmouth Hospitals University NHS Trust, the results are 100 times higher than any other academic research has previously predicted.

‘Like most families in the UK, I like to think we are doing our bit at home to reduce the use of plastics in our everyday lives so I was intrigued to take part in this world-first experiment.

‘I never dreamed the result would be that my young children and I are breathing in up to 7,000 microplastics each day. I really hope this research can help shine a light on such an important topic for us all.’

Microplastics in the home

On 12 October 2021, GMB reporter Michelle Morrison invited Dr Fay Couceiro, Reader in Environmental Pollution at the University of Portsmouth, into her home for the day.

New technology allowed Fay to measure the very small, breathable microplastics from the indoor air for the first time. Samples were taken from the kitchen, Michelle’s bedroom and the bedroom of her eight-year-old daughter and five-year-old son.

‘This unique study shows very high levels of microplastics in our homes and the data uncovered is really quite shocking.

‘Potentially we each inhale or swallow up to 1.8 million microplastics every year and once in the body, it’s hard to imagine they’re not doing irreversible damage. There can be no health benefits of inhaling microplastics; they’re dangerous and we need more research like this to fully understand how they can harm our bodies.

‘To date, the bulk of research has centred around pollutants outside of the home such as car emissions but as this initiative proves, it’s essential we widen our focus on the dangers in our homes.’

During the testing phase, Michelle was cooking in the kitchen and in her bedroom she was sorting her clothes into plastic and non-plastic piles, which revealed three-quarters of her wardrobe contained plastics such as polyester and nylon. In the children’s bedrooms they were play-fighting with soft toys.

The highest volume of microplastics was found in Michelle’s daughter’s bedroom due to the carpets, non-cotton bed linen and soft toys. This reading helped to demonstrate that each member of the family is likely to be breathing in between 2,000 and 7,000 microplastics per day.

If we think of this as a visual height chart, then over the course of one year this is the equivalent of two giraffes standing on top of each other (12.69 metres). Over a lifetime, this would equate to a height taller than the Eiffel Tower (363 metres) at a minimum and at a maximum, almost the height of Snowdon (1,019 metres).

Professor Chauhan, one of the leading respiratory medics in the country, is concerned about the quantities of microplastics reaching our lungs.

Aside from the damage being done to the environment, the next natural question following this discovery is just what microplastics are doing to our bodies when they have been inhaled and ingested into our bloodstreams and organs.

‘Plastic is not just a pollution crisis. It is a human health crisis. Two weeks ago, I was at the Plastic Health Summit, a convening of global doctors, scientists and toxicologists all working on the irrefutable proof that plastic toxins are extremely harmful to human health, especially to babies and children. Plastic toxins are now found in the placenta and even in unborn babies throughout pregnancy. Newborns have twice as much plastic in their poop than adults.

‘We think we may be helping the plastic crisis by popping our plastic in the right bin but plastic is so insidiously embedded in our entire world – 70% of our clothing, in our carpets; our bedding; the paint on our walls – it is impossible to escape.

‘And it’s not just the forever toxins. If the plastic industry were a country, it would be the fifth biggest emitter of greenhouse gases in the world. And yet plastic was not even on the agenda at COP26. It is the last gasp of a dying fossil fuel industry, predicted to treble by 2040. For the health of our planet and our children, we must urgently turn off the plastic tap.’