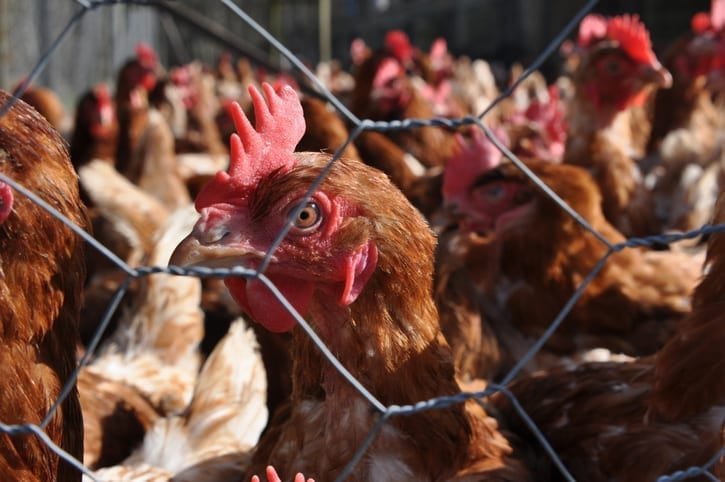 A powerful lobby group representing the United States’ largest chicken producers is working with allies in Congress to demand that a post-Brexit trade deal eliminates the UK’s ban on chlorinated chicken imports, Unearthed has revealed.

Ahead of the opening round of trade talks this week, 47 members of Congress wrote to the Trump administration’s top trade official in March requesting that he ‘resolves this unscientific ban once and for all’.

The letter, which was spearheaded by a group of Congressional representatives with close ties to major poultry producers, will increase the pressure on US negotiators to make chlorinated chicken a key issue in the talks – not least because trade deals negotiated by the White House can be blocked by Congress.

Of the 47 members of Congress who signed the letter to the US trade representative in March, 29 have taken money in the form of campaign donations from the National Chicken Council, the US leading poultry trade group, since 2016.

This is according to an Unearthed analysis of data collated by the non-profit Open Secrets. In total, these representatives received $287,500.

The news comes after reports the UK trade secretary, Liz Truss, is preparing to slash tariffs on imports of agricultural products from the US.

This has led to fears that US meat reared with lower animal welfare and food safety standards could flood the UK market, undercutting British farmers.

‘While the US poultry industry and their political allies are lobbying furiously to tear up our food standards, the UK government has just rejected an amendment that would have stopped them in their tracks.

‘Weakening our animal welfare standards and other safeguards will not only undercut British farmers but will also establish a dangerous precedent for removing other vital protections for both consumers and nature.

‘The Boris Johnson government should stop blowing hot and cold on this and make it clear that our food and environmental standards will not be bartered away in any trade talks.’

In a recent vote on an amendment to the agriculture bill, a significant number of Tory MPs voted against the party whip to guarantee a ban on chlorinated chicken and hormone-fed beef coming into the UK.

Talks between the US and UK formally began last week, with the Truss negotiating with US trade representative Robert Lighthizer.