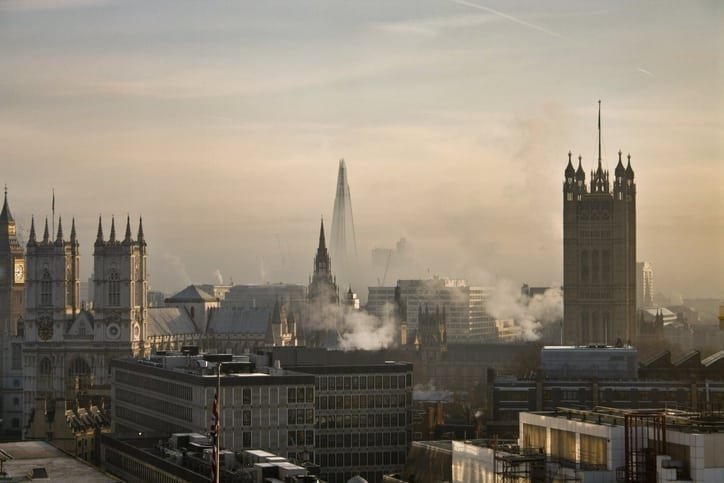 The government’s plan to tackle air pollution, published for consultation last Friday (05 May), has been described as a ‘hodge-podge of vague proposals’ that offer ‘little help and no justice to drivers duped by car companies and people breathing toxic air pollution.’

‘We are continuing to analyse the government’s latest air quality plan, but on the face of it it looks much weaker than we had hoped for.

‘The court ordered the government to take this public health issue seriously and while the government says that pollution is the largest environmental risk to public health, we will still be faced with illegal air quality for years to come under these proposals.’

London breached its annual air pollution limit within just five days this year, and in January 2017 the Mayor of London, Sadiq Khan, warned that London’s toxic air is a ‘public health emergency’ just days before issuing a ‘black alert’ for air pollution levels in London.

City Hall has also recently taken steps to address London’s air pollution issue with the launch of an ultra low emission zone in London from April 2019.

But the government has wasted its opportunity to address the health crisis by publishing what ClientEarth has described as a ‘weak and incoherent air quality plan which lacks the ambition and detail to tackle Britain’s illegal levels of air pollution.’

‘We have heard a lot about ‘strong and stable leadership’ from Theresa May, but there’s none of it in a half-baked plan that puts poll ratings before people’s health. This hodge-podge of vague proposals offers little help and no justice to drivers duped by car companies and people breathing toxic air pollution. The only real winners are the car makers who despite misleading customers about their cars’ real emissions and causing this mess in the first place are getting off scot-free.

‘The astonishing thing is that the government’s own plan accepts that diesel is at the root of the problem, and that phasing it out is the most effective solution. Yet the plan offers no real action to end the era of dodgy diesel. A plan to help drivers swap polluting diesel for electric cars would be a good idea, but the government’s proposal lacks scale and detail. What’s worse, the government is not just passing the buck to local authorities, it’s also tying one hand behind their backs by making it hard to phase out polluting cars and giving no new funds for delivery.

‘Theresa May’s government promised to leave a healthier environment to the next generation. This plan is a missed opportunity to fulfill this pledge.’

In a bid to equip businesses and the public with local information on air quality, greentomatocars has announced a plan to fit its vehicles with smart sensors that will build a map of pollution in London.

‘We plan to use the pollution data collected to further enhance our environmental efficiency and to give London residents the information they need to lead healthier lives.’

The private hire service has a fleet of hybrid and emission-free vehicles – including the Toyota Mirai, with fuel cells that use hydrogen gas to generate electricity and emit only warm water vapour – that operate daily in London. They will be fitted with Drayson Technologies’ CleanSpace Tag, an air pollution smart sensor.

The information collected during day-to-day travels will be used to create a comprehensive map of air pollution in the capital, with all data passed on to customers.

The company also aims to identify vulnerable locations for air pollution exposure, such as hospitals and schools. It can issue drivers with best practice guidelines for travelling through these areas, such as switching to electric mode where possible.

‘Our aim at Drayson Technologies is to map the personal health space by collecting data on both the environment and health. Our collaboration with greentomatocars further strengthens our CleanSpace environmental monitoring network in London and will help us to better understand how air pollution impacts people’s health and in turn help Londoners lead healthier lives.’

The data from the vehicles will feed into the CleanSpace network, providing hyper-local air pollution information that can be viewed through the CleanSpace Air Map, allowing Londoners to see the quality of the air they breathe.

Click here for more on greentomatocars. Respond to the government’s plan to tackle air pollution here.