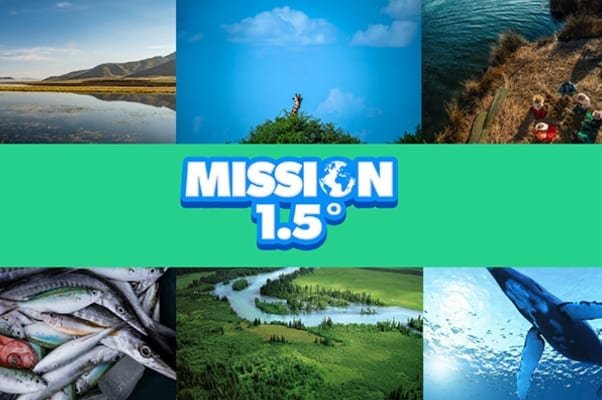 Jameela Jamil, Connie Britton, Cody Simpson, Padma Lakshmi and pop star Yemi Alade are just a few of the famous faces supporting a new campaign on climate change backed by youth activists from all over the world.

Fridays for Future protesters like Alexandra Villasenor,Licypriya Kangujam and Vanessa Nakate have all publicly backed Mission 1.5, which aims to educate and survey people worldwide on climate action.

It comes at a time where more and more young people, many of whom are not yet of voting age, call for greater action to address climate change.

‘The climate crisis will not impact all people equally, so it’s vital that we include communities in the national debates on action to address it. Mission 1.5 is an excellent initiative that will help connect millions of people to these high-level discussions, and show governments there is popular support for action as we move towards the crucial climate talks in Glasgow.’

MARY ROBINSON
Chair of the Elders, former President of Ireland

The Mission 1.5 campaign is built around a mobile game in which players take on the role of government leaders and make decisions to keep global warming below 1.5 degrees Celsius, a level that scientists recommend is safe.

The game was launched on by the UN Development Programme (UNDP) and partners including Oxford University, Twitter and Earth Day Network. The game has already been played by over 1.25 million people.

‘Every day we see people discuss the effects of climate change on Twitter. Mission 1.5 is one way those concerns can turn into action. Initiatives like these help to elevate the conversation about the importance of protecting the environment.’

At the end of the game, players are able to vote on how they want governments to address climate change. The aim is to canvass the opinions of over 20 million people around the world by the time of the UN climate talks, which take place in Glasgow, UK in November.

The previous biggest international survey of public opinion on climate change canvassed 10,000 people across 76 countries, and was conducted ahead of the 2015 Paris climate talks.

‘We would urge as many people as possible to play and engage with the Mission 1.5 campaign. If the world is to avoid dangerous climate change, we need a critical mass of citizens to care about the challenges and demand urgent, ambitious action now from their leaders.’

The Mission 1.5 game is available here and can be played by people in every country in the world.