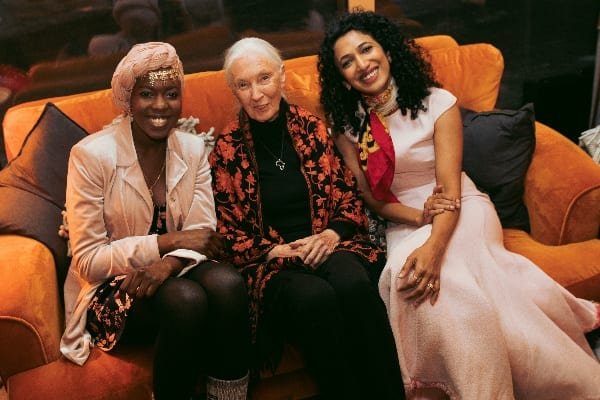 In a dramatic act of global unity, over 2,000 campaigners and public figures from over 140 countries are backing an open letter signed by 20 world-leading activists.

The letter declares a state of ‘emergency’ for people and planet. It comes one after UN Secretary-General António Guterres called on the international community to make the 2020s the ‘decade of
action’ and 2020 the ‘year of urgency’.

‘Now is the time for action if we are to achieve the Global Goals that world leaders have committed to. Not next year, not in five years – but now in 2020. We all have a role to play. My global programme for young people, Roots & Shoots is planting 5 million trees in this year alone.
Those in power must now step up and play their part too.’

‘The Global Goals are a solutions-focused plan that the world needs. They are as much about what is happening in the USA as in Uganda. They build on a vision of a world in which women and girls can live free from violence, harassment and discrimination, but we all know that is a long way off.

‘That’s why we must use these Goals as a tool to hold our leaders to account and to boost all our efforts. I’m proud to stand with climate campaigners, human rights defenders, education activists today to send a clear message to leaders that these Goals are all our Goals. We are ready – and we are watching – for action.’

A call for political leadership

Campaigners want to see political leadership at key moments this year including COP26,
the Gavi replenishment, Generation Equality Forums in Mexico and France, the UN General Assembly and a landmark biodiversity conference in China.

2,000 supporters have added their names to the letter and backed this call to action.

‘The battle for justice and equality becomes more urgent with every passing day. I am proud to join
together with 19 other activists today, across issues, across continents and generations – to demand world leaders deliver on their promises contained in the Global Goals. We are doing our bit. They must do theirs.’

‘We are in an emergency for people and planet – the solution to which is the Global Goals – the historic plan to defeat poverty, fix inequality and combat the climate crisis.

‘These 20 activists and 2,000 supporters represent the universal and indivisible nature of the Goals – and the passion from all sides that 2020 must be a transformative, radical year for change and progress and new finance – for people and planet.

‘In 2020, leaders will be watched by people all around the world who expect them to deliver dramatically. It’s also a clear commitment that this diverse and deeply committed group will themselves press hard throughout this crucial year to kickstart a Decade of Action for the Goals.’

RICHARD CURTIS
SDG Advocate, screenwriter and co-founder of Project Everyone

The open letter has been issued to highlight the need for immediate action, including at key 2020
moments, if the world is to meet the Global Goals.

It demands sustained innovation, financing and action over the crucial decade ahead to 2030.

Recent reports underline the need for swift action; at least half the global population does not have access to essential health services, hunger is on the rise after a prolonged decline and
at the current rate of progress, it will take almost 100 years to close the global gender gap.

Meanwhile, greenhouse gas emissions are reaching record levels and key ecosystems are on the verge of collapse, with one million species in near-term danger of extinction.

The open letter is accompanied by a public campaign asking citizens to show their support by sharing the letter and to join this effort for people and planet by using #GlobalGoals.