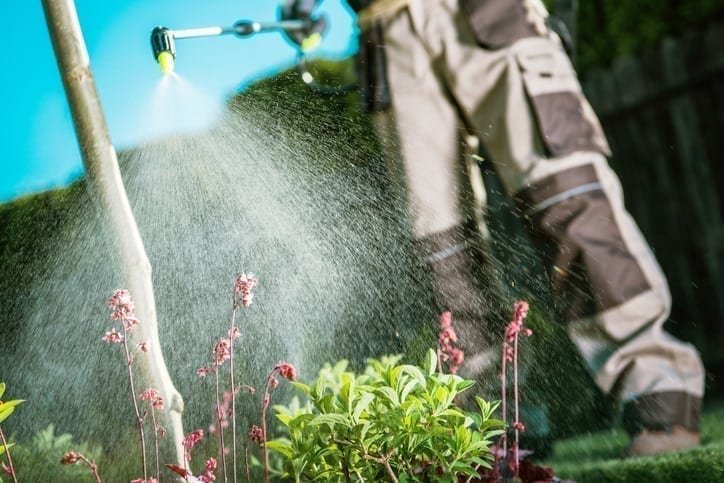 Industrial-strength weed killers and pesticides are being made widely available to untrained amateur gardeners on eBay and other websites, an investigation by Greenpeace Unearthed has found.

So-called ‘professional pesticide products’ – aimed at farmers and groundskeepers – contain chemicals in concentrations that cannot legally be used by anyone untrained in their safe use. But there is no law against selling these products to unqualified buyers.

Risk to health and environment

Pesticide manufacturers believe some vendors are exploiting this loophole to deliberately market professional products to amateurs on eBay and other websites. Environmental campaigners warn that, without proper training, amateurs using these products pose a risk ‘to their own health and the environment’.

Unearthed has seen a written briefing by the Crop Protection Association – which represents some of the world’s largest pesticide companies – which describes the online sale of professional pesticides to amateurs as an ‘area of significant concern’.

The briefing says professional products available on eBay and other websites – particularly those containing the weedkiller glyphosate – are ‘frequently listed or advertised with amateurs clearly as the target audience using words such as ‘Very Strong’, or ‘Strongest’, or ‘Super Strength’.’

It states, ‘They often do include the word ‘professional’ however there is a belief that this is being used to highlight that the product is better or ‘stronger’ than the products typically available for amateur gardeners.’

Unearthed identified several sellers on eBay that advertise professional pesticides in this way, including some eligible for the company’s ‘premium service’ reserved for the sellers who meet eBay’s ‘top rated performance standard’.

The news comes just weeks after a California jury ruled that the glyphosate-based weed killer Roundup contributed to a former schools groundskeeper developing terminal cancer, and ordered manufacturer Monsanto to pay damages of $289 million. Monsanto has said it intends to appeal the decision.

These findings follow a previous Unearthed investigation which revealed that illegal and mislabeled pesticides were easy to buy on eBay’s UK site, triggering a trading standards authority investigation.

Westminster City Council is the ‘primary authority’ for all trading standards issues associated with eBay in the UK and promised to investigate the issue when approached by Unearthed.

Council cabinet member for public protection and licencing Ian Adams said, ‘Westminster City Council will follow up the new listings with eBay to ensure that they are removed and further discuss the measures in place to prevent similar listings appear in future.’

Nick Mole, from the environmental campaigning organisation Pesticide Action Network UK, told Unearthed, ‘Without proper training, amateur gardeners could misapply these [professional] products, posing a risk to their own health and the environment.’

The Crop Protection Association briefing seen by Unearthed highlights several indicators which suggest professional glyphosate products are being deliberately marketed to amateurs on websites like eBay. The document states, ‘In order to attract purchasers, the products are often supplied complete with lightweight disposable gloves and a measuring cup of some sort, not usually something which a professional user would expect to be supplied.’

In response to this story, a spokesperson for eBay said: ‘eBay has no tolerance for illegal sales of pesticides on our marketplace. We work closely with the regulators like the HSE to ensure that all listings comply with the law and we constantly monitor our marketplace to enforce this.’

The rules on pesticides in the UK are enforced by local authority trading standards authorities and the Health and Safety Executive.

CLICK HERE FOR MORE ABOUT THE TRADING STANDARDS INVESTIGATION OVER UK SALES OF ILLEGAL PESTICIDES ON EBAY.