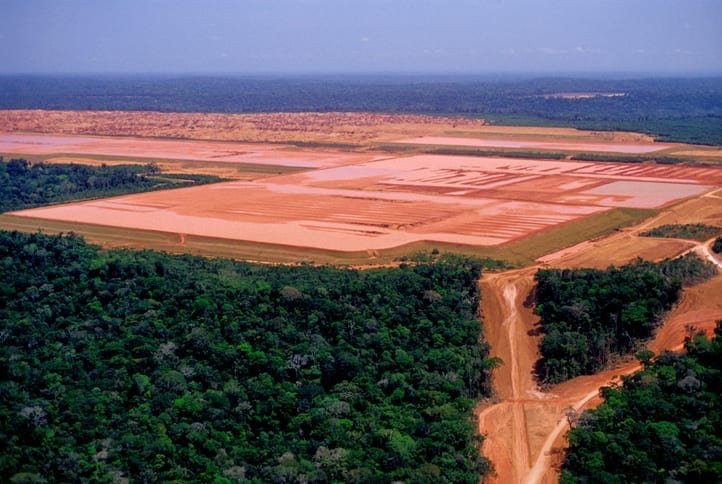 In new letters released publicly on Monday (01 June), Mighty Earth is calling on 21 of the largest supermarkets and retailers in Europe and the US to back up their stated commitments to environmental standards with new policies that would immediately cancel contracts with deforesting suppliers including Cargill, Bunge and JBS.

The letters note that the recent actions of British supermarkets have ‘demonstrated the power that the private sector can deploy to protect the environment and human rights’. The letter is also being sent to consumer goods companies like Unilever and Mars.

‘Forests around the world are being intentionally torched. Deforestation in the Brazilian Amazon is higher than it’s been in a decade, and anti-environment fanatics are determined to use the cover of the coronavirus pandemic to wreak further havoc.

‘Our planet is in crisis. The time for polite requests to stop deforestation has passed. It’s time to cut contracts with those responsible. Customers are demanding sustainable options, and simply do not want their local grocery store stocking its shelves with products of destroyed rainforests and ethnic cleansing.’

The letters outline the ongoing crisis, saying that ‘deforestation in South America has surged over the last year, in large measure because a small number of critical companies that supply meat and animal feed continue to drive massive deforestation and human rights abuses.’

‘We are therefore calling on you to adopt a no-deforestation policy with a clear non-compliance protocol that results in suspended or cancelled contracts with violating suppliers such as Cargill, Bunge, and JBS’, the letter continues.

‘These companies have the market leverage and they have demonstrated the capacity and willingness to use it. We have seen market pressure work to prevent environmental destruction – and remarkably quickly. But food brans now must turn their attention to dealing with suppliers that are driving this deforestation. If these companies can move the Brazilian government, they can move the companies that rely on supplier contracts to stay in business.’

An open letter to the Brazilian Congress warned that a proposed law to open up the Amazon rainforest to further destruction would ‘put at risk the ability of organisations such as ours to continue sourcing from Brazil in the future’, citing the Amazon’s wildlife and its crucial role in the climate and water cycles.

Upon receiving the letter, the Brazilian government almost immediately delayed voting on the bill. Many of the companies that Mighty Earth has reached out to were signatories on the British supermarket letter.

Investigations into the destruction in South America have repeatedly uncovered these three companies at the root of the problem.

Chain Reaction Research recently released an investor report that documented that the number of fires identified in the vicinity of Bunge and Cargill facilities was higher than all the other main soy traders combined.

Similarly, in cattle, JBS alone had 317,096 fires inside its buying area, triple what the next largest fire-linked company had. The findings echoed Mighty Earth’s mapping analysis from 2019.

In Bolivia, where Cargill is the leading international soy trader, the company has been tied to repeated deforestation, with similar results for Cargill and Bunge in Argentina and Paraguay, respectively.

These companies have also been linked to irresponsible labour practices, endangering workers during the coronavirus crisis with unsafe working conditions even as their practices around the globe make the next pandemic more likely.