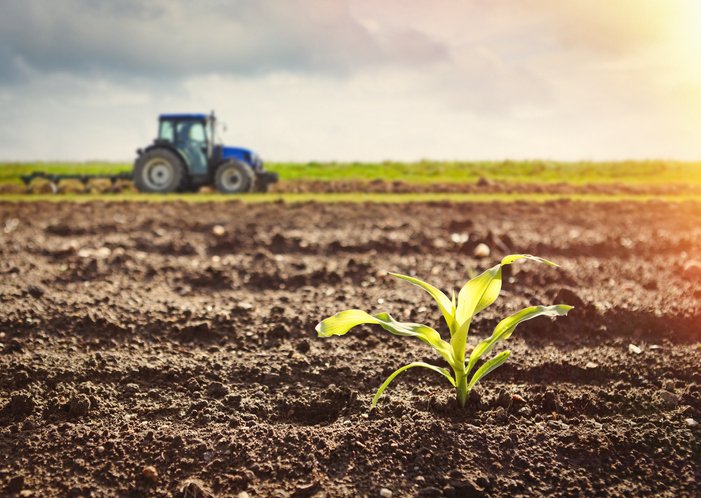 Investing in the ground beneath our feet could have wide-ranging benefits for the environment, animal and human health – as well as moving closer to net zero, according to research led by the Institute for Global Food Safety (IGFS) at Queen’s University Belfast.

Soil acts as a carbon sink, locking in greenhouse gases (GHG) that would otherwise be released into the atmosphere.

In fact, improved soil and land management could result in the potential to offset 5-10% of global GHG emissions, the researchers claim.

Improving soils would also create a host of additional benefits including ecosystem services, making it a ‘win-win’, according to the scientists.

These reported benefits map on to many of the UN’s Sustainable Development Goals, including Climate Action; Life On Land; Zero Hunger and Good Health and Wellbeing.

In a paper published in Food and Energy Security journal, a multi-disciplinary group of academic scientists, along with prominent UK agriculture campaigner Lord Curry of Kirkharle, suggest that investing in the quality of earth to enhance its ability to ‘lock in’ carbon should be a central pillar in the national and global push towards net zero.

Governments, however, need to quickly implement ‘regenerative agriculture’ policies to incentivise farmers to take up the challenge, the researchers argue.

‘There are no magic bullets for tackling climate change, and we must de-carbonise all sectors of the economy as quickly as possible. But soil carbon sinks are an important, natural way of balancing the emissions that remain in 2050 – to help us achieve net zero by mid-century.’

A carbon-credit ‘marketplace’ whereby farmers could ‘trade’ credits would be one way to encourage the adoption of more soil-friendly practices.

The researchers advocate these measures in partnership with other strategies on the farm to mitigate climate change, for example nutritional supplements to reduce methane emissions from ruminants.

Away from farms, the scientists argue strongly that peatlands should be restored to maximise on natural capital.

Peatlands are the ‘gold standard’ of carbon sequestration, locking in carbon 100 times faster than emitting it, but many peatlands have become degraded – through drainage, for example – to such an extent that they have now become carbon emitters.

‘Soil has been somewhat overlooked in the carbon debate, to date. There is an urgent need for stronger monitoring, reporting and verification processes in this area and for these to be streamlined by governments. The potential of soil to sequester carbon is huge and should be fully maximised.’

The research evolved from a workshop held in 2021, hosted by Food and Farming Futures, a charity chaired by Lord Curry.

That event attracted farmers, scientists, the agrifood industry and policy makers to discuss the leading role that soil could play in the journey towards net zero.

’The government’s ambition to achieve net zero carbon emissions by 2050 will not succeed unless we optimise the carbon-sequestration potential of our soils. All governments across the UK should regard this as a priority.’