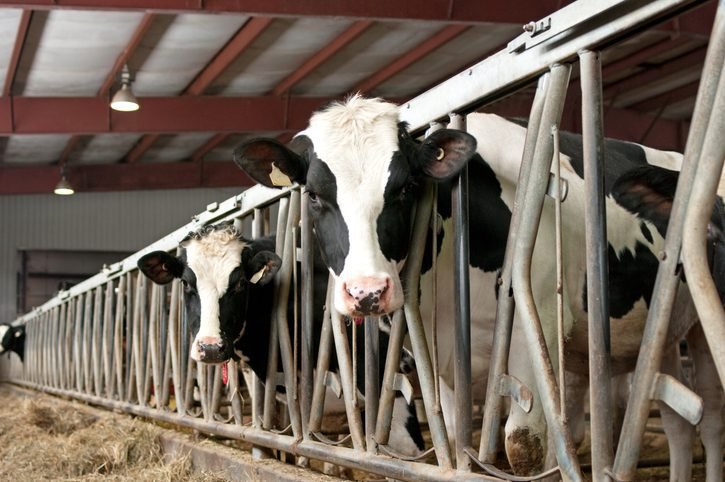 The joint investigation by the Bureau of Investigative Journalism, Greenpeace Unearthed and ITV News has uncovered the complex soy supply chains that link some of the UK’s most popular dairy brands to environmental devastation in Brazil’s Amazon and Cerrado regions.

Both regions are critical for tackling the climate crisis and protecting wildlife. The Cerrado – a tropical savanna where the bulk of the UK’s Brazilian soy comes from – is home to 5% of the world’s plant and animal species, including jaguars and giant anteaters.

‘Many people will be appalled to hear that their cheese and butter are linked to forest destruction on the other side of the Atlantic. And yet huge chunks of Brazilian forests and other vital ecosystems are still being cut down to grow tonnes and tonnes of soya that’s then fed to chickens, pigs and dairy cows in the UK.

The global meat and dairy industry is fuelling the climate and nature emergency, and this needs to stop. With the Glasgow climate summit just days away, Boris Johnson should seize the opportunity to end deforestation in UK supply chains. He should bring in both a strong deforestation law and a meat and dairy reduction strategy in line with climate science. This would set a clear benchmark for world leaders to follow.’

Brazilian soy exported by the US grain giant Cargill is being purchased by UK animal feed companies that in turn supply soy-based cattle feed to dairy farms.

New evidence reveals that one of Cargill’s Brazilian suppliers, Grupo Scheffer, has been responsible for multiple incidents of environmental damage, including clearing swaths of tropical forest.

A reporting team on the ground in Brazil’s Mato Grosso state found recent deforestation linked to a soy farmer who sells to Grupo Scheffer.

The scheme is hailed by many food companies as an environmentally friendly option, though it allows deforestation-free soy to be mixed with beans from non-certified sources, which may include farms involved in forest destruction.

In addition, satellite images and drone footage suggest that forest may have been cleared on at least one Brazilian ‘Triple S’ farm, Rafaela farm, in 2010, in an apparent breach of the scheme’s rules.