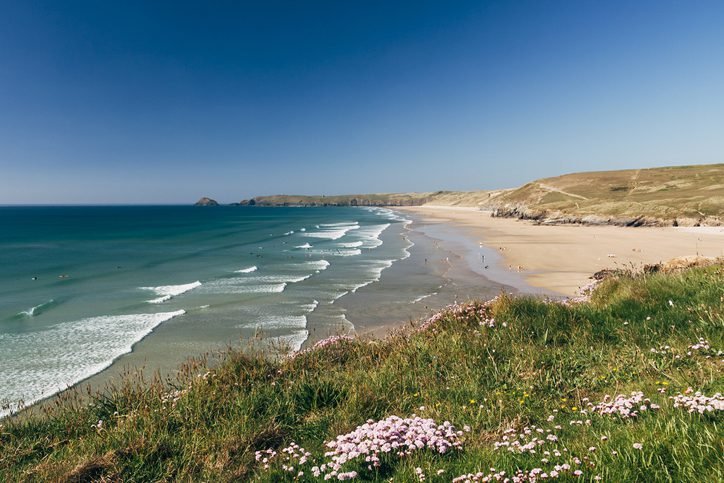 The UK’s biggest ever beach clean will reach the million mile milestone on 03 October, two months ahead of schedule.

On 02-10 October, UK charity Surfers Against Sewage (SAS) will hold a mass-community mobilisation week to push past the millionth mile of its 2021 Million Mile Clean campaign.

Launched in April of this year, the Million Mile Clean is the most ambitious UK beach clean campaign ever and has mobilised more than 100,000 volunteers nationwide. Each volunteer will clean 10 miles of blue or green space in 2021.

The environmental charity’s original target was to clean one million miles of beach, street, river and mountain by December.

But the public appetite to get out into the UK’s blue and green spaces and tackle the plastic pollution crisis has been so strong that SAS now anticipates breaking through the Millionth Mile in October.

The Millionth Mile Week, which will take place 02-10 October, will see 30,000 volunteers take part in 400 cleans across the UK.

The Millionth Mile Clean will be launched on Sunday 03 October, at Perranporth Beach, Cornwall.

SAS is issuing a rallying cry to ocean activists across the UK to organise a clean or find one near them and get involved by clicking here. https://beachcleans.org.uk/

‘Despite the restrictions and uncertainty still in place throughout 2021, we have been blown away by the response from communities across the UK so far. Through the Million Mile Clean we have empowered an army of Ocean Activists like never before and we are now calling on you one last time to unite for the ocean and environment. We know we will achieve one million miles but this shouldn’t be seen as a limit. The question now is how far can we go? Sign up and get involved today and together we can make a difference.’

Initially, the Million Mile Clean was all about reconnecting communities with each other and the environment, while putting plastic pollution back to the top of the political agenda. The campaign has fast become much more than that.

Following the impact of the pandemic, the campaign – which has seen over 100,000 individuals reconnecting with blue and green spaces nationwide – has also focused on mental health and physical wellbeing.

SAS is encouraging people to get involved and make a difference in their local community by registering a clean. All Clean Leaders are provided with a free equipment pack along with all relevant safety guidance.

‘I am hugely proud of the amazing efforts by the SAS community to achieve a million miles. Tens of thousands of people are showing just how much they care about protecting our blue and green spaces for future generations. We need to ensure that this is also at the top of every business and policy agenda, so we can drive change together.’