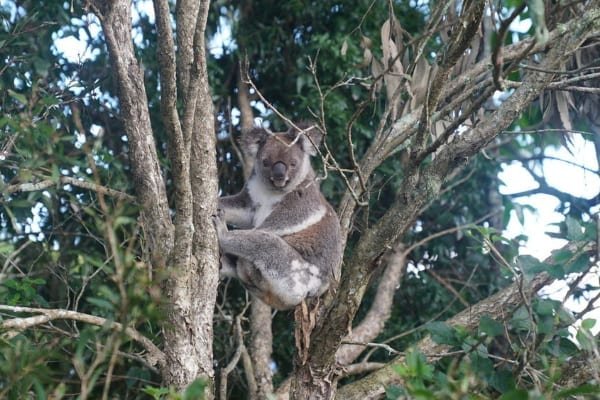 This is almost three times the estimate released in January.

The new figures are revealed in an interim report commissioned by WWF: Australia’s 2019-2020 Bushfires: The Wildlife Toll.

‘The scale of the devastation is staggering – that three billion animals have been displaced or killed by the bushfires is a disaster for Australia’s wildlife. We must do all we can to restore what has been lost, and the generosity of the public here in the UK has enabled essential recovery efforts.

‘Sadly, this is not a one-off event – this summer’s fire season will see conditions intensified by the impacts of climate change, yet again threatening people and wildlife in Australia. We need urgent global action to tackle the climate and nature crisis – failure to act will make extreme weather standard, with deadly consequences for people and animals not just in Australia, but worldwide.’

In January the WWF UK bushfires appeal raised over £3.2 million as thousands of supporters signed up to become koala protectors and gave generous donations to help fund the recovery effort.

In the coming months and years, the funds will be used to assess the scale of the loss, restore habitats and support rural community fire management.

The project is being led by Dr Lily Van Eeden and overseen by Professor Chris Dickman, both from the University of Sydney.

Professor Chris Dickman, at the University of Sydney, said the research showed people that mega fires were changing the environment and depleting native biodiversity and change was necessary.

‘When you think about nearly three billion native animals being in the path of the fires it is absolutely huge, it’s a difficult number to comprehend.

While the scientists cannot say how many animals died, the prospects for animals who escaped the flames were poor, as their survival was hindered by a lack of food, shelter and available habitat.

However, that calculation focused only on the states of New South Wales and Victoria. The team has since examined a fire impact area of 11.46 million hectares for this new report.

‘We believe a continent-wide assessment of the number of animals that might be impacted has never been done in Australia before or anywhere else in the world. Other nations can build upon this research to improve understanding of bushfire impacts everywhere.’

It’s anticipated that the final report will be completed by the end of August 2020. While results are still being finalised for the final report, the headline figure of nearly three billion animals impacted is unlikely to change.