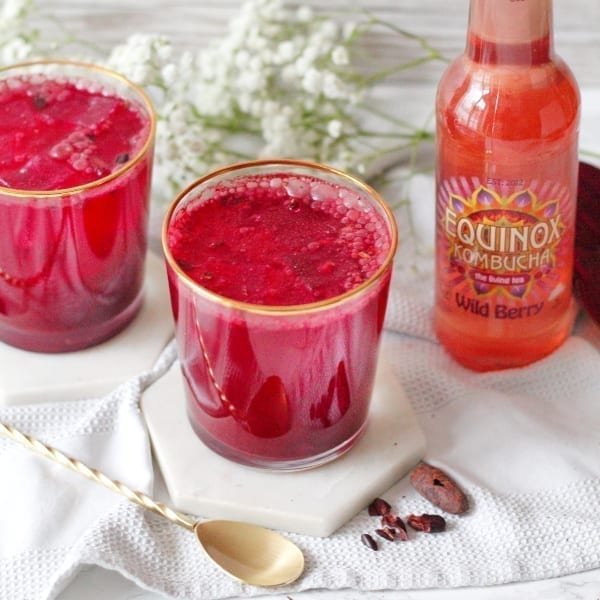 How Equinox is sticking to authentic brewing and ethical business practices, despite going mainstream

With a background in finance, Daniel Spayne never imagined having a career in kombucha. The move came when he felt a calling to do something that would have a social impact. He was the first angel investor for Equinox and is now the kombucha company’s MD.

‘I discovered kombucha when travelling in the USA and connected to Equinox shortly after my return to the UK’, Daniel tells us. ‘I saw its potential and decided to invest; I love the way we craft brew in the traditional way, retaining all the benefits.’

Is all kombucha made equal?

We’re still waiting for the scientific studies to confirm kombucha’s health benefits, but many advocates report the drink has assisted recovery from illness. Kombucha should deliver the living bacteria, yeast and organic acids that improve gut health – but not all varieties are created equal. Some companies mix kombucha with other ingredients, cultures and syrups at the end of the process instead of allowing them to develop naturally.

It’s understood that the beneficial punch is only delivered by authentically brewed, fresh kombucha that isn’t pasteurised or made from concentrate. ‘Our fresh kombucha, made with our own cultivated SCOBY (symbiotic culture of bacteria and yeast) has to be chilled, which is a challenge for some buyers’, Daniel explains. ‘Kombucha is sold chilled in mature markets all round the world, but some companies don’t seem to be following this precedent and instead sell their kombucha ambient.’

Daniel doesn’t make any official health claims about Equinox but has found that people make their own connections between real kombucha, health and wellbeing. ‘When people try kombucha they often feel refreshed and rebalanced in their vitality, but can’t put their finger on why’, Daniel tells us. ‘I think this mystery is what’s endearing about the experience of drinking it. Plus the reduction in sugar from traditional soft drinks or fruit juices is beneficial in itself, before you even start on the living bacteria.’

In the early days some saw kombucha as a fad, but the market’s exploding and this once-mysterious elixir – which may have been carried in the belts of Japanese samurai warriors for pre-battle energy – is now going mainstream.

Making the leap from local markets to nationwide supermarkets is a huge step, but when Waitrose tested a few brands of kombucha it decided to go with Equinox. ‘Since then things have gone from strength to strength’, Daniel tells us. ‘We messed up on a few logistical points at the beginning and I’m sure they were frustrated with us for a couple of weeks, but we are now flying on sales so I bet they’re glad they stuck with us now.’

Equinox has remained true to its principles regarding organic ingredients and brewing methods; its kombucha is craft brewed, 100% raw, unpasteurised and plant based. Determined to walk the talk, the company is also in the process of becoming a B Corp to ensure its entire operation is as conscious and sustainable as possible.

From rebel to leader

The evolution from a market-stall niche to a premium soft drink brand hasn’t been without its challenges; Equinox is shaking off its ‘hippy’ branding and opting for a clean and fresh new look instead. ‘Our ethics remain the same, but moving to the mainstream has meant the way we run our business has changed’, Daniel explains.

So what advice does Daniel have for readers who want to take their business to the masses without compromising their ethics? ‘Stay true to your original product fundamentals and core values’, he says. ‘Don’t cut corners or take risks with safety or quality – and don’t make decisions that lack integrity just to grow. A trusted reputation takes years to build.’

Daniel believes the green sector as a whole is evolving and maturing; things that once had to be explained – like the benefits of organic farming, clean energy and water conservation – are now widely understood. ‘Perhaps it’s time for the green sector to evolve from the archetypal rebel into the transformational leader’, Daniel says, ‘so every sector can engage in a way that helps them to evolve, too. Operating in a sustainable and ethical way is good for everyone and everything on the planet.’

Click here to view the full range of Equinox kombucha, plus stockists and cocktail and mocktail recipes.