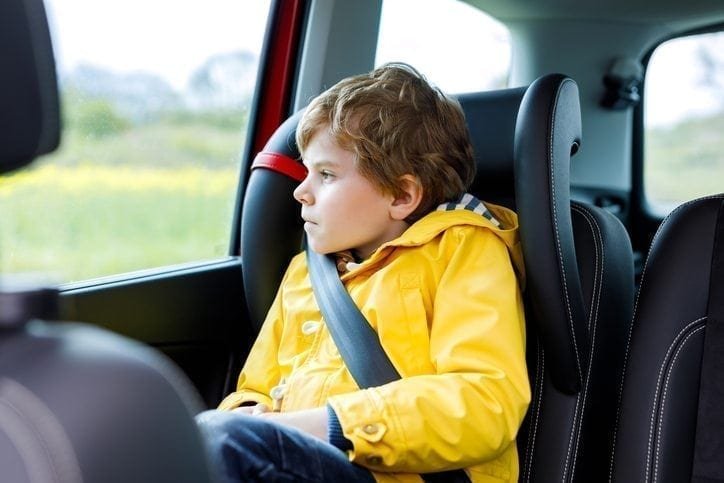 Stop prioritising the car to tackle childhood obesity, governments and planners are urged

The UK governments need to ditch a 42-year-old trend and stop prioritising the car if they are serious about tackling childhood obesity, insist clinicians and transport experts in a call to action published online in the British Journal of Sports Medicine.

The dominance of the ‘windscreen perspective’, whereby governments and planners view the world from quite literally the driving seat, has allowed car travel to become the ‘default choice’, argue the authors.

Consequently, investment in road building far exceeds that for active travel—public transport, footpaths, and cycle lanes— ‘resulting in an environment that often feels too risky for walking or cycling’, they suggest.

The average length of a school journey has nearly doubled since the 1980s to just under 4 miles in 2013. But the age at which parents will allow their children to go to school by themselves has been steadily creeping up amid fears about road safety.

So they drive their children to school. But what is often not recognised is just how much air pollution children travelling by car are exposed to inside the vehicle under urban driving conditions, the authors point out.

Encouraging independent travel not only helps shed the pounds, but has knock-on social and mental health benefits, and it breaks the cycle of normalising car travel for future generations, they say.

They admit there is no single solution, but safe routes to school are needed. The UK could adopt the school travel initiatives pioneered by Germany, The Netherlands and Denmark, they suggest.

We could also plough more cash into the Sustainable Travel Towns programme, already implemented in some parts of the UK.

This programme of town-wide measures, which aims to curb car use, has helped boost economic growth, cut carbon emissions and promote quality of life in those areas where it has been adopted, the authors point out.

‘For a fraction of the road building programme cost, we could see not just safe routes to schools, but, even more importantly, safe routes wholesale across urban areas’, they argue.

In an accompanying letter, sent to all four UK transport ministers—Chris Grayling in England; Humza Yousaf (Scotland); Ken Skates (Wales); and Karan Bradley (Northern Ireland)—the authors point to significant savings to the NHS, reductions in pollution levels, and ingraining sustainable travel behaviours among future generations if active travel were to be prioritised.

‘The rhetoric of improving the environment in favour of children’s active travel has been visible for at least two decades, but tangible changes have largely been absent from transport planning’, they write.

The authors conclude, ‘We suggest the time is right to redress the imbalance and give back to today’s children many of the freedoms that older adults recall and benefited from in terms of the levels of independent mobility.’

Click here to find out why grandparents are key to getting kids outside.