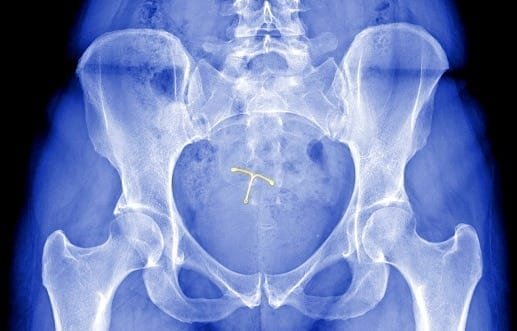 Donald Trump’s sexual and reproductive health policy changes threaten women in the USA and across the world, warns an expert in the Journal of Family Planning and Reproductive Health Care.

‘Much progress has been made in the use of more effective contraception and in the reduction of unintended pregnancies’, explains Professor Daniel Grossman from the Department of Obstetrics, Gynecology & Reproductive Sciences at the University of California, San Francisco.

However, he warns that ‘Trump’s policies could roll back progress on women’s health.’

A concerning development is Trump’s re-imposition of the Mexico City Policy, also known as the Global Gag Rule, which prevents US-funded organisations from providing, informing about or advocating for abortion care in their countries.

‘If reducing abortion were the aim of this policy’, Grossman says, ‘it is not at all clear that this is effective’ as data suggest the policy was associated with an increase in abortion in sub-Saharan African countries. This is possibly because affected organisations lost funding for contraceptive supplies.

Could abortion be banned?

Trump has also made statements in support of reversing the Roe v. Wade 1973 landmark ruling that made abortion legal. While it is unclear that this ruling could be overturned, it is worrying because ‘state legislatures and the US Congress will certainly feel emboldened under the new administration to pass more restrictive legislation’, explains Grossman.

For example, the US House of Representatives passed a bill that would deny insurance coverage of abortion care to millions of women, and Trump indicated he would sign into law a federal ban on abortion after 20 weeks’ gestation.

This includes prohibiting clinics affiliated with Planned Parenthood from receiving federal funding from sources such as Medicaid, and Title X, which help low income individuals. Evidence has shown after clinics in Texas were excluded, contraceptive use declined significantly, and unintended pregnancy increased.

Furthermore, if the Affordable Care Act (ACA), also known as Obamacare, is repealed, as Trump has promised, this may lead to more restrictions.

The ACA provides women with insurance to access contraception without additional payments, and research shows women’s expenditure has fallen and contraceptive use appears to have increased. The recent decline in national abortion rates has been partially related to improvement in contraceptive access and use.

‘These gains may be reversed if the contraceptive coverage guarantee under the ACA disappeared’, warns Grossman.

Other benefits at risk under the ACA include companies reverting to biased policies that cause women to pay more for health insurance, and the decline of well-woman visits with screening for sexually transmitted infections and mental health and substance use disorder services.

Perhaps most concerning, Grossman adds, is that low income individuals in states that have expanded public insurance coverage as part of the ACA may soon find themselves lacking any health insurance if federal funding is withdrawn.

In addition, other anticipated policies could discriminate against women and lesbian, gay and transgender individuals, and impact access to sexual and reproductive healthcare services.

‘It remains to be seen how many of these proposed policies will really go into effect. But regardless, it is clear that the US political war on women has reached an all-time apex. Women’s health physicians have a critical role to play: we must be a loud voice in support of evidence-based health care that is unencumbered by political interference.’

Click here to read the editorial, ‘Sexual and reproductive health under the Trump presidency: policy change threatens women in the USA and worldwide’.