A pioneer of natural living 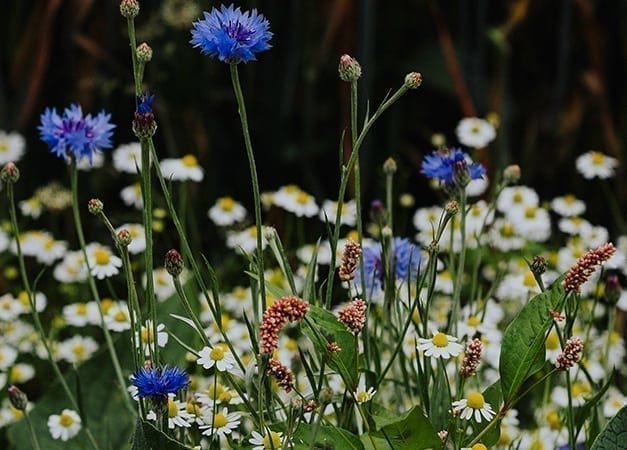 Today organic food, child-led education, natural beauty and holistic health are all things we take for granted – but they’re in large part down to the the vision of one man who bucked the trend a century ago.

Fusing intuitive understanding with scientific observation, the Austrian scientist-philosopher concluded that the health of the individual is entirely dependent on the wellbeing of the whole. By devoting his life to the unity of science and spirituality, he laid the foundations for an understanding of wellbeing that’s thriving in modern Europe.

Dr Rudolf Steiner’s philosophy – anthroposophy, or ‘the wisdom of man’ – extends to art, agriculture, beauty, business, education, medicine and more. A true pioneer for the 21st century, every modern business underpinned by anthroposophic principles seems custom-made for today’s world and the risks it poses to the wellbeing of adults, children and Nature.

You’ll probably have heard of Steiner Waldorf schools, which are based on a system of education that provides a typically more creative and outdoor culture than schools that follow the national curriculum. They’re popular with parents frustrated with today’s increasingly exam-based education system, which arguably puts greater emphasis on a child’s ability to pass tests than his or her inner development.

While the clue to its origin is in the name for this approach to education, a lesser known accolade equally attributed to Steiner is that he was a founding father of the organic agriculture movement in Europe. In 1924 Steiner delivered what was possibly the world’s first organic agriculture course in Koberwitz, which he described as ‘a course of lectures containing what there is to be said about agriculture from an anthroposophic point of view.’

While the terms ‘biodynamic agriculture’ and ‘organic farming’ appeared in the decades that followed, these lectures and the advice they contained constituted an early response to the proliferation of chemical or more industrialised agriculture. Steiner warned that the long-term use of soluble mineral fertilisers caused ‘a loss in the nutritional value of the crops’, and identified that ‘cosmic vital forces’ have a big impact on plants and animals.

In the case of both Steiner education and organic agriculture, their anthroposophic underpinnings require humans, society and Nature to be understood as a dynamic whole, in which our daily activities have a direct impact on the wider environment.

A new approach to medicine

Armed with a map for making sense of the world, Steiner worked with medical doctors and chemists to create a new approach to medicine that employed anthroposophic principles. In 1921, the doctor Ita Wegman, the chemist Oskar Schmiedel and physicians and pharmacists gathered under Steiner’s guidance to determine just how they might use this philosophy to care for patients’ needs.

They understood that a human body has a remarkable ability to heal itself, but that it also sometimes needs help. Together they developed a personal approach to healthcare that used natural ingredients to support the body’s own healing impulse.

With this belief and a profound depth of scientific and philosophical knowledge, they founded Weleda in 1921.

A brand for the future

Today, the visionary understanding of the connection between humans and our wider environment couldn’t be more relevant; in an era defined by cheap, chemical quick-fixes for our bodies, we’re using more plastics than we can recycle and polluting our land, oceans and bodies with chemicals that are known carcinogens and hormone disruptors.

In contrast, Weleda operates by the principle that human health can only flourish if it’s exposed to ingredients the body recognises and is able to process, in their most natural and potent form. As you might expect, Weleda sees biodynamic farming as central to unlocking the innately healing and nourishing potential of the plants used in its products. The art of creating a diverse, balanced ecosystem with harmonised vital life forces is understood to boost the quality and potency of the yield and, therefore, the finished product.

The anthroposophic approach to health and beauty is gaining new traction with two very different types of customer. Those looking for truly natural products are wising up to a beauty industry rife with greenwash, and they know the NATRUE stamp on Weleda products means they’re certified natural or organic.

Those concerned more with efficacy than social or environmental impacts are equally fierce Weleda advocates. As Steiner observed over 100 years ago, untainted natural products just work – and as a result Weleda has bagged more awards than any trophy cabinet could handle.

Weleda has scooped 40 UK awards already this year, 23 of which are for its Mother & Baby range. The company was crowned Best Fair Trade/Sustainable Brand at the Beauty Shortlist Awards 2018, where it also picked up two Editor’s Choice Awards (Beauty Balm in Bronze and Wild Rose Smoothing Day Cream).

This hasn’t been an unusual year; Weleda won an astounding 73 UK awards in 2017, including an Ethical Corporation Responsible Business Award, for Supplier Engagement of the Year, in recognition of the organic and fair trade farming partnerships the company has developed over the years.

The ways in which Weleda chooses to farm and source the natural ingredients that end up in our bathroom cabinets has a big impact; the company manufactures over 120 natural and organic cosmetics and more than 1,000 pharmaceuticals. Sustainable sourcing is crucial: over 1,000 natural ingredients go into these products each year.

Around 81% (over 2,000 tonnes) of all the plant ingredients used at Weleda are organic, making the company one of the world’s largest buyers of organic raw materials. In addition to its long history of helping to boost organic and biodynamic farming, Weleda has recently become the first beauty brand in Europe – and only the second in the world – to receive certification from the Union of Ethical BioTrade (UEBT).

The UEBT is a non-profit that provides a globally recognised standard for the sustainable sourcing and use of raw materials. Weleda became a full member of the UEBT in 2011, and used its membership to reaffirm its traditional principles of ethical business practice, applying the UEBT standard to its raw material procurement.

UEBT values such as conservation, the sustainable use of biodiversity and the fair compensation of all partners in the supply chain correspond with Weleda’s own long-standing principles. UEBT certification will help consumers see that they are buying products from a company that treats people and biodiversity with respect. Watch out for the new logo, which will start to appear on Weleda packs from 2019.

Click here to find out why Weleda Skin Food a MyGreenPod.com Hero 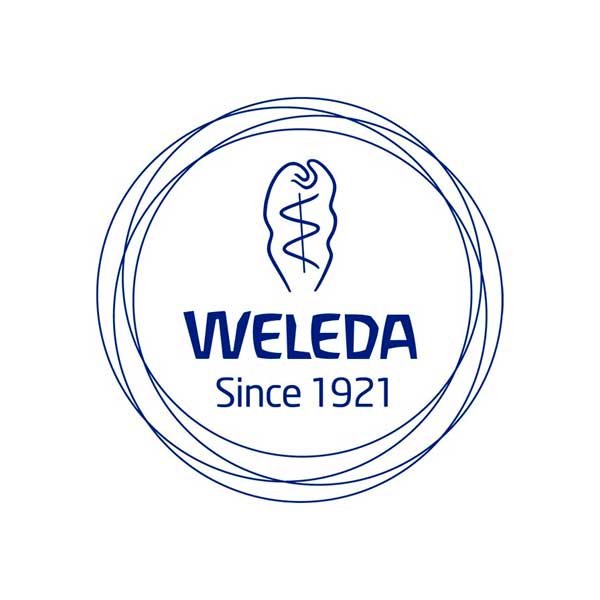 Consciousness gets a cult following

Weleda has a cult following from those who want results. Its skincare is a favourite with many makeup artists who know they can rely on the products to suit even the most sensitive skin; it’s used for the cast of feature films and on the sets of top TV drama productions, where the products meet all the demands of a high-definition industry.

Miraculously it can perk up a pasty complexion suffering from lack of sleep, and top models including Erin O’Connor, Helena Christensen and Alexa Chung rely on Skin Food to counteract tired or jet-lagged skin.

The secret to this wonder balm? Extracts of organic chamomile, calendula and wild pansy, plus revitalising rosemary and pure essential oils. The real wonder is that the formula, which is uncannily fitting for today’s modern lifestyles and the stresses our skin and bodies suffer as a result, hasn’t changed since Skin Food launched in 1926.

In line with the company’s holistic approach to wellbeing, Weleda is also a long-standing sponsor of The Model Zone at London Fashion Week. Tucked away from the media glare, this relaxing retreat provides a private haven where models can unwind between castings, fittings and shoots, eat healthily, drink plenty of fluids, take off their makeup and be pampered with organic skincare from Weleda. They also get holistic health consultations, complimentary body massages and Skin Food Facials, courtesy of the Weleda team.

Sustainability in the DNA

People often say that when something’s right it just flows – and things are certainly flowing for Weleda. Today it operates in 52 countries across five continents, and has over 50 global sourcing partnerships and projects.

Sustainability is in this company’s DNA, but it doesn’t stop at Steiner. The company’s environmental commitments cover everything from the ethical procurement of raw materials and biodiversity to sustainable packaging and the reduction of water, waste and greenhouse gas emissions.

The products are all made with conscious intent, as they were in Steiner’s day, using natural ingredients grown and harvested with respect. They’re still designed to kick-start the human body’s natural ability to heal itself, without the synthetic chemicals that strip away our natural defences. Thankfully, Weleda has had the integrity to stick to the founding principles of a true pioneer of conscious business – and in doing so has evolved to become an inspirational brand for the 21st century.