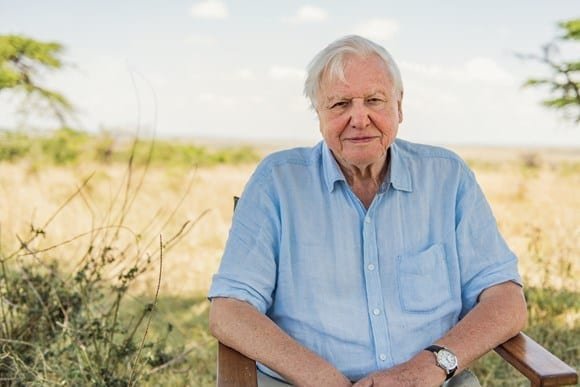 Having appeared on television and radio for more than 60 years, the legendary broadcaster is now exploring a new means of communicating to audiences worldwide – with the help of his colleagues.

‘We know what to do’

In his debut post, the 94-year-old says that he’s made the move onto Instagram because ‘saving our planet is now a communications challenge. We know what to do, we just need the will.’

In the weeks ahead, the naturalist will be sharing messages to explain the current problems facing life on our planet, and the solutions to help us deal with them.

While social media is not Attenborough’s usual habitat, he will be posting regular videos over the next few weeks.

His first post feels more akin to a special broadcast as he makes a direct address to camera from the great outdoors.

‘The world is in trouble’, he says. ‘Continents are on fire. Glaciers are melting. Coral reefs are dying. Fish are disappearing from our oceans. The list goes on and on.’

Helping to manage the account and share Attenborough’s messages with the world will be his collaborators, Jonnie Hughes and Colin Butfield.

They have also worked on Attenborough’s upcoming film and book, which both serve as his powerful witness statement to the natural world.

As well as sharing the video messages that Attenborough has recorded for Instagram, followers can expect to see some exclusive clips and behind the scenes content shared by his collaborators at WWF and Silverback Films.

A Life On Our Planet

The film, David Attenborough: A Life On Our Planet, will premiere in cinemas on 28 September before launching on Netflix globally on 4 October.

The book, titled A Life On Our Planet – My Witness Statement and Vision for the Future, will be released on 01 October.