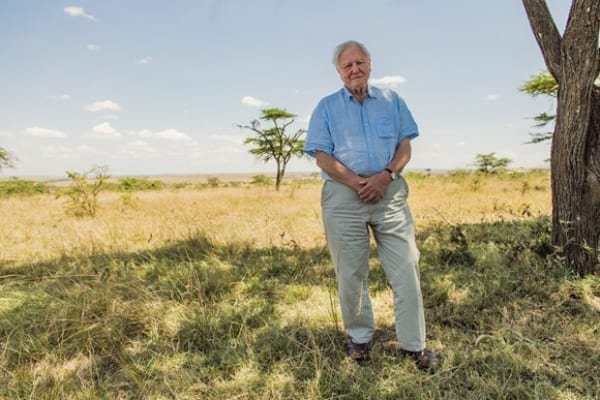 First official clip released from David Attenborough: A Life On Our Planet

Ahead of the upcoming release of David Attenborough: A Life On Our Planet, which will premiere in cinemas across the globe on Monday 28 September 2020, here is the first official clip taken from the film.

In this brand-new clip, we see a young Attenborough exploring the rich, expansive and untouched wilderness of our planet, documenting the wonders of the natural world to show viewers back home.

In his words, looking back on the early days of his career, he reveals it was the ‘best time of my life’.

In more than 90 years, Attenborough has visited every continent on the globe.

Now, for the first time, he reflects on both the defining moments of his lifetime as a naturalist and the devastating changes he has seen.

Honest, revealing and urgent, David Attenborough: A Life On Our Planet is a powerful first-hand account of humanity’s impact on nature and a message of hope for future generations.

The film, which serves as Attenborough’s witness statement for the natural world, will screen in select cinemas across the UK, the Netherlands, Iceland, Ireland, Norway, Sweden, Denmark, Finland, Australia and New Zealand, before being released widely to theatres in those territories. Tickets are on sale now.

Audiences watching Attenborough’s story on the big screen will have the unique chance to watch an exclusive conversation between Sir David Attenborough and Sir Michael Palin. This will be available in cinemas only.

The legendary broadcasters share a passion for exploring our vast planet and a desire to protect it for future generations.

David Attenborough: A Life on Our Planet will premiere in cinemas across the globe on 28 September, featuring an exclusive conversation with Sir David Attenborough and Sir Michael Palin. it will be released on Netflix globally this autumn.