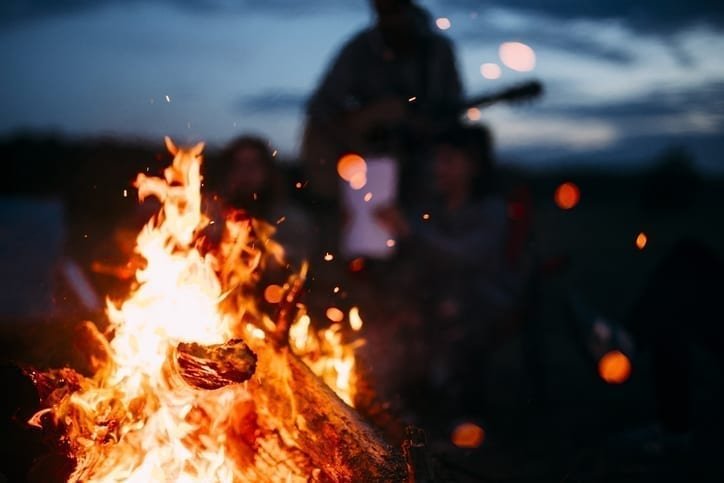 Facebook’s revenue and audience continue to soar, despite the recent Cambridge Analytica scandal. Financial results for the first quarter of 2019 show revenue for the period at $15 billion (up 26% year-on-year) and 30m added to its daily audience.

It is in this context that a new social network has been launched to offer an ethical alternative to surveillance capitalism models. Leading musicians and changemakers have rallied behind the new social media platform, which is focused on building communities and a fairer, more sustainable world.

A new form of social media

The brainchild of Pete Lawrence, who also co-founded The Big Chill festival (launched 1994), Campfire Convention offers a new form of social media, free from algorithm dominance and advertising funding, which empowers people on and off line to connect, build community and catalyse social change.

Having soft launched in September 2017, Campfire is now launching a ‘Fire in the Belly’ Fundrazr crowdfunding campaign, supported by musician/producer Brian Eno, DJs Norman Jay and Greg Wilson and other music industry changemakers.

The crowdfunder will help develop the platform to the next level, with a clarion call to anyone seeking a new and more inclusive approach to the way we do social media.

‘In the wake of the Facebook/Cambridge Analytica scandal, it’s now clear that the ‘surveillance capitalism’ model of social media is unsustainable, built as it is on monetising data. The full implications of us choosing a digital advertising platform as our presumed safe space in which to spill all our most intimate thoughts, hopes, fears and passions are only now being realised. It creates a forum in which the owners of a gigantic operation rule the social media world, arguably the wider world too, for their own ends and for shareholder profit.

‘My vision for Campfire is to provide an alternative forum which actually does what it says on the ‘social network’ tin: help to build and strengthen communities. Campfire works for its members and seeds new ideas and social change for the benefit of all. As part our next phase we’re looking to reward our members through a Karma Scheme which simply measures input and remunerates accordingly. However, we need your help to ensure this dream of an ethical social network that gives back to, and builds real-world belonging, can become a sustainable reality.’

Encouraged by The Big Chill’s success in building a 40,000-capacity event around a thriving online community united in a common interest, Pete was inspired to explore how communities and social networking can make a difference.

His vision for Campfire took this concept of community a stage further as he observed the era of people self-interestedly fending for themselves morphing into a growing eco-consciousness, a collective sense of responsibility for stewarding our planet and a movement towards member-led co-operative projects.

Campfire’s soft launch in September 2017 allowed members to join a local Beacon by checking a map of activity in their area and then sharing their own projects, collaborating with others and crafting blog-style rich media for sharing in the Campfire magazine.

The innovative ‘pay-what-you-feel’ model was designed to be sustainable whilst rejecting the advertising-led, algorithm-dominated mainstream social media.

Local events started to fire up across the UK, to date guided by volunteers, and a very homespun, grassroots Campfire began to be shaped by its members, around ideas of social change, self-development, building resources and sharing ideas and passions. An Athens Beacon was recently launched and a six-day Campfire retreat on the island of Paros is planned for September 2019.

‘I came to Campfire because I’m interested in new social ideas, how we can run the world, how we can think differently about things. I’ve met a lot people at Campfire who have specific and very exciting projects that really are to do with re-thinking democracy and understanding that democracy means ruled by the community, it doesn’t mean what we have now.’

Fire in the Belly

Having finished its testing period with a thousand-strong membership, Campfire now needs to upgrade to the latest version of its open-source software and plan towards an official launch.

Whilst new memberships are starting to happen by word-of-mouth, Campfire needs to open itself up to new funding models. It is also setting up as a Platform Cooperative and plans to offer a stakeholding to members at its subsequent crowdfund.

The Fire in the Belly campaign has set an initial crowdfunding target of £25,000 to cover the costs of its volunteers. Supported directly by many Campfire members, the initiative has spawned a Mentorship Circle, allowing members to offer sessions around their skills and passions, starting with a residential mentoring weekend at Selgars Mill in Devon, 07-09 June.

‘Campfire is all about a modern, more ethical, green way of communicating. The good thing about this enterprise is that it’s a profit-sharing one, rewarding the original contributors and great creators who’ve already given their time for free because they believe in this project, so literally everyone’s a winner. I do hope you can find the time and the change to help.’

To support its fundraising initiative, Norman Jay has proposed Campfire stage a Little Chill this summer, and many Big Chill favourites are lined up to play at this hotly anticipated event in the Sussex countryside, the weekend of 27/28 July (venue to be announced shortly).

Alongside its vision for evolving social networking, Campfire also plans to revolutionise the way we do festivals: the upcoming five-day Campfire Campout in Frome in August will pioneer a new radical participation event format, veering away from the traditional festival concept of organised entertainment.

David and Goliath of social media

Notions of David and Goliath may be apt given that Campfire has around a dozen part-time volunteers compared with Facebook’s staff roster, recently recorded as 35,587. But that won’t dampen Campfire’s passion to provide new ways for us to connect and spark new ideas.

Pete Lawrence says: ‘We believe this kind of model can help shape the future for community social networking, one that can work for the good of all. It’s time to spark the next chapter of our story. We invite you to back our campaign and join us around the campfire. With a fire in our belly we can light a spark for a real alternative, together.’

Click here to find out more about Campfire Convention’s Fire in the Belly Fundrazer.