Organic businesses can be quick to flaunt ‘zero carbon’ status to win custom in a crowded market, but is offsetting alone the answer? 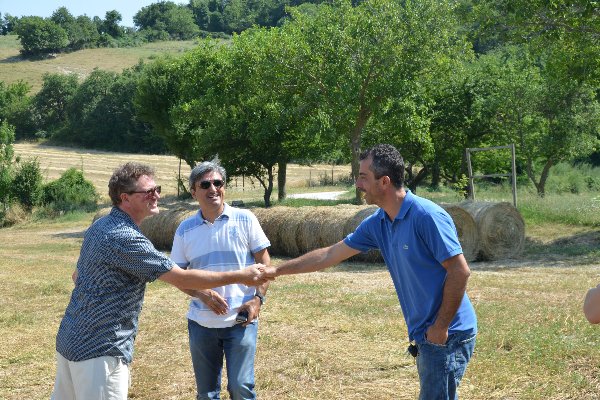 The Soil Association’s 2022 Organic Market Report revealed 5.2% growth in a sector that’s now worth over £3bn.

The consumer shift to organic is a frenzied movement tied up with a burgeoning interest in health, the environment and climate change, and companies can use carbon claims to win business in an increasingly competitive market.

Two years ago Charles Redfern, founder of Organico, made the business decision to start talking about the company’s carbon footprint and its approach to offsetting. ‘We felt we could not go on being an environmental food company without anything to say about the biggest environmental problem around’, he tells us. ‘But even now I have doubts.’

For Charles there is a tension: while economies and societies need to get out of the fossil fuel age, he feels it’s not up to companies to change the way the energy grid is powered – that is a job for governments.

Yet change isn’t happening fast enough, meaning that companies, like individuals, become complicit bystanders if they fail to change the way they operate.

A belief in ‘good food with good values’ is what led Charles to leave a career in banking and set up Organico. The company is now a household name, specialising in Mediterranean organic produce ranging from risotto and pasta to olives, oils, vinegars, sauces, spreads, breadsticks and crackers.

As part of the company’s commitment to authentically ‘good’ food, Organico bans air miles in its products and has offset its whole range following a full footprint analysis conducted as part of its ‘better than net zero’ policy. ‘The ‘better than’ is the key’, Charles reveals. ‘It’s an absolute dig at the idea that carbon offsetting is sufficient – that is blissful ignorance.’

Many campaigners have called companies to account for using carbon offsets as a way to pursue business as usual while claiming to be operating with net zero emissions. ‘Tree planting, done well, is great, and we support a fabulous project to plant an Organico tropical forest of half a million trees’, Charles says. ‘But there aren’t enough trees to go round to offset the world’s carbon.’

In conversations about climate we are hearing less of the term ‘carbon neutral’ and more about ‘net zero’. The only real difference at a company level is a recognition that net zero should involve carbon footprint reductions prior to the use of offsets.

For Charles this still isn’t enough; most companies’ pledges sit in the future and are strongly dependent on how quickly the power supply will be changed.

Instead Organico came up with an entirely new concept; the company invests a chunk of its annual profit into 100% renewable energy projects to support the crucial decarbonisation of the global economy.

When it comes to offsets, in addition to its forest pledge Organico crucially commits funds to two great charitable projects that address the consequences of climate change: the EJF, which works with climate refugees, and Ecosystem Restoration camps, which regenerate degraded land.

Organico could legitimately count only its own footprint – known in carbon accounting terms as its scope 1 and 2 emissions – but the vast majority of a trading company’s footprint is in scope 3. That’s why Organico is offsetting its whole product portfolio from cradle to gate, not just its own direct footprint.

The footprint of food

While there is much talk of air miles in the food sector, Charles feels this emphasis ‘just muddles things up’ because transport only accounts for around 10% of a product’s total footprint.

‘Basically even the wasteful agricultural systems we have now with masses of food waste, trillions of hidden subsidies, poor diets, degraded land and polluted waters – could continue if we just solved the problem of being powered by fossil fuels’, Charles says.

Yet a growing population will require more food, so Charles advocates a general move to a much more plant-based diet.

‘I don’t think we should dump meat all together,’ he says; ‘I think animal husbandry forms an integral part of proper and regenerative agricultural systems. But I do think we need to cut down: so better – organic – meat, less often. It’s worth noting that a diet of wild fish, eggs and vegetables is almost the same in theoretical CO2 saved as the vegan diet.’

In organic production you can’t take shortcuts – additives, bulking agents and artificial ingredients are not permitted, meaning ‘you can’t cheat or cheapen’, as Charles puts it. ‘Organic is a legally imposed and agreed definition’, he explains. ‘it has validity, it is enforced, it has meaning – it’s literally a standard.’

Organico operates in a way Charles has described as ‘beyond organic’: the company applies a ‘grower-maker’ mentality to the way it sources food, which means it actively seeks people who grow and also package their own products.

One example is that Organico pasta is made from wheat grown, milled and then turned into pasta by a pioneer co-operative in the Marche region of Italy that was founded 40 years ago. It has saved rural livelihoods for many farmers and families.

When speaking of the best Charles isn’t just referring to the product quality; his approach to sourcing entails finding growers who really know the plants or grains they farm and have excellent ethics and a good set of social values.

As pioneers in ecological farming they go beyond the already demanding standard of organic and are committed to the local community, landscape and biodiversity. They were implementing the concepts of regenerative farming long before it was a thing.

The approach is also intrinsically fair trade; the focus on co-operatives and family businesses supports democratic and participatory economics; farmers work alongside employees, not long distance investors. ‘This approach has helped a lot with supply consistency during Covid and now with the huge upset the war in Ukraine has caused to the food supply chain’, Charles tells us.

Charles confesses to being ‘militant about organic’; he sees the support for organic values from independent experts – involved in UNEP, the FAO and even the Project Drawdown climate initiative – and wants organic to be valued in the same way at the government level – which in the UK, he says, ‘it absolutely isn’t’.

‘The degree of subsidy and advantage given to junk foods and hyper-processed foods in our industrial food system is abhorrent and government seems almost powerless to stop it’, he says. ‘The food industry is not far off tobacco or fossil fuels in terms of the damage it has done and still does; the fact the public sector picks this damage up in so many different ways points to a real weakness in the economic system we live under.’

For Charles one way to start to fix the problem would be to heavily subsidise and promote good, organic, fresh, basic ingredients.

Last year’s Scientific Group of the UN Food Systems Summit concluded that the inefficiencies and environmental, health and social costs of the global food system are $11.9 trillion, compared with that same food system’s estimated market value of $10 trillion.

‘That’s a stark reminder that it isn’t organic food that is expensive’, says Charles – it’s the policies that support the agro-industrial and GM-GE food systems.’