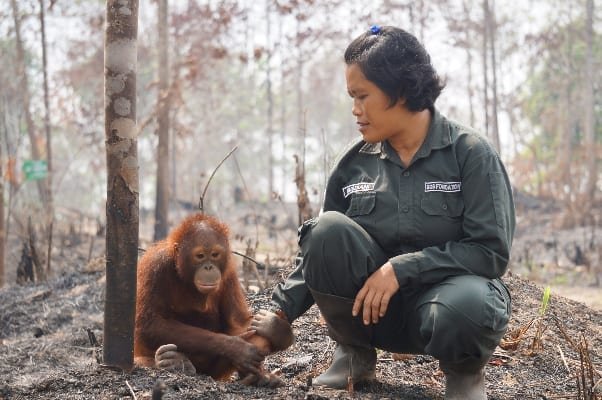 This article first appeared in our Consumer Revolution issue of My Green Pod Magazine, distributed with The Guardian on 06 March 2020. Click here to subscribe to our digital edition and get each issue delivered straight to your inbox

Palm oil is one of the world’s most versatile and controversial plant-based raw materials. It’s found in an estimated 50% of supermarket products – ranging from detergents to ice cream – and has been named the world’s most widely used vegetable oil by the WWF.

According to the Round Table for Sustainable Palm Oil (RSPO), only about 2% of the world’s palm oil and palm kernel oil production goes into cosmetics. 3% is used for household cleaning products and personal care products – mainly in the form of palm oil derivatives such as detergents.

Still, 70% of beauty or personal care products contain one or more palm oil derivatives, meaning palm oil has a big role in the beauty industry – including the natural and organic cosmetics sector.

In cosmetics, palm oil acts as a natural emulsifier and can be used to produce plant-based tensides. Unlike animal fats it has no particular smell and it creates a skin-friendly texture in creams and lotions.

In addition to the palm fruit oil extracted in mills and used mainly by the processed food industry, inside each little fruit is a palm kernel. A separate palm kernel oil is extracted from the kernels when they are crushed.

The palm kernel oil is refined and made into various fatty acid distillates that are used by manufacturers for beauty products and personal care products, such as surfactants including
Sodium Lauryl Sulphate (SLES) for shampoos and other cosmetics.

The problem with palm oil

The social and environmental complexities of the palm oil industry are steeped in controversy; reports from plantations in Indonesia reveal that palm oil production often involves human rights violations in the form of poor working conditions, social injustice and conflicts over land.

Indigenous peoples are often affected by the cultivation of palm oil – they can be evicted from their land and deprived of their livelihood.

Because oil palms only grow in tropical climates, large areas of rainforest are often cleared to make way for palms – with greenhouse gases released as a result of ‘slash and burn’ practices.
The problem is particularly acute in Indonesia and Malaysia; the only habitat of endangered Sumatran tigers, rhinos, bats and orangutans also produces around 87% of the world’s palm oil.

NASA experts calculate that between August and October 2015 alone, slash-and-burn fires in Indonesia released up to 600 million tonnes of greenhouse gases into the atmosphere – a quantity roughly equivalent to the annual emissions of Germany.

Should you boycott palm oil?

Oil palms occupy the smallest proportion of all the land that is used for oil and fat production, while at the same time accounting for the largest proportion of worldwide oil production. The yield per hectare of sunflower, coconut and soybean crops is on average about one third that of palm oil.

Boycotting palm oil completely is not a failsafe solution; producers could lower their prices to increase demand from markets that have less interest in sustainability, reducing the incentive to produce environmentally sustainable palm oil.

Companies could also choose to buy alternative oils from other crops, such as soybean, rapeseed and sunflower, which produce lower yields and potentially use nine times as much farmland as palm oil, thereby adding to biodiversity loss and likely deforestation.

A move to sustainable palm oil is the approach supported by WWF, IUCN and Greenpeace. The RSPO was founded in 2004, with the backing of the WWF, as a non-profit international organisation to promote the growth and use of sustainable palm products through its standards.

The RSPO has developed a set of environmental and social criteria; only companies that comply can produce Certified Sustainable Palm Oil (CSPO). When they are properly applied, these criteria can help to minimise the negative impact of palm oil cultivation on the environment and communities in palm oil-producing regions.

Similar standards include the Rainforest Alliance, the International Sustainability & Carbon Certification (ISCC) and the Roundtable on Sustainable Biomaterials (RSB).

Criticisms of the RSPO

The standards of the RSPO, currently the most widely used certification system for sustainable palm oil, don’t go far enough for many members.

In 2018 the RSPO terminated membership for four companies and suspended 55 more during investigation for repeated failure to report. 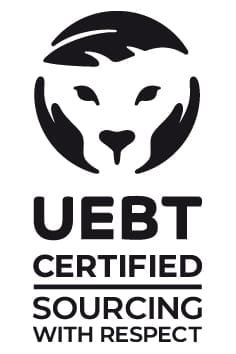 The Forum for Sustainable Palm Oil (FONAP) was born in 2013 and active as an association by the end of 2015. Its goal is to raise standards and significantly boost the certified palm oil, palm kernel oil and their derivatives available on the market.

As well as being a member of the RSPO, clean beauty pioneer Weleda is also a member of FONAP. As of 2015 Weleda has taken a very active role on the FONAP steering committee.

Weleda sources both pure palm oil and derivatives, but relies on a strict certification system and transparent supply chains.

The pure organic palm oil that Weleda processes comes from one particular fair trade producer in Brazil and is sourced at the highest RSPO certification level – ‘Identity Preserved’ (IP). This means the organic palm oil comes from a single plantation and can be traced right back to its origin.

The certification guarantees that no human or animal habitats are destroyed for the cultivation of the oil palm. Weleda switched to pure palm oil sourced from sustainable, controlled organic cultivation in 2011.

Weleda has contributed 100,000 euros to a new BOS project (main image) that will run for an initial 20 months. BOS and Weleda are both clear that the aid project in the Mawas area will take account of and support all aspects of sustainability – social and economic as well as ecological.

The peat swamp rainforest lies at the heart of the almost 300,000-hectare Mawas conservation area. It is home to more than 2,500 orangutans – one of the largest remaining populations in the world.

The focal point for the BOS and Weleda project is the 2,000-inhabitant village of Mantangai Hulu, south of Mawas. Plans have been drawn up to enable the population to develop sustainable sources of income so the local community can live and work in harmony with nature in an economically and legally secure manner.

‘We don’t just want to give money’, says Weleda’s Annette Piperidis, ‘but also to take measures to improve the living conditions in Borneo for people and nature’.
Reforesting rainforest

The project will start by securing the land rights of the inhabitants of Mantangai Hulu so they can maintain their economic independence. 55 hectares of land will then be reforested in collaboration with the villagers, and fire protection teams will be trained to minimise the constant threat of forest fires.

When suitable areas have been identified and prepared, reforestation with over 55,000 trees will begin. On five of the 55 hectares, timber will be planted so villagers can make a long-term living.

The villagers find work and income in fire protection and the tree nurseries, where they plant and care for the trees. ‘Orangutans can be protected in the long term and their habitat preserved only if we understand the local people and integrate them into the project’, Annette added.

BOS rescues and rehabilitates threatened orangutans and re-homes them in protected rainforest – but safe areas are becoming increasingly rare in Borneo. This makes reforestation and the protection of new rainforests all the more important. By supporting the work of BOS, Weleda will give future generations of orangutans a chance to live freely and safely.

The RSPO standard is complex and far from perfect, but it’s the best option we currently have. In 2014 19% of palm oil was RSPO certified sustainable so there’s still huge potential to improve the situation – and consumer pressure has a big role to play.

We can’t solve the problem of palm oil in the food industry and other sectors overnight. Tellingly the retailer Iceland found it impossible to fulfil its 2018 pledge to remove palm oil from all of its branded products, and The Guardian reported that the company ended up removing its branding from foods containing palm oil rather than removing all those products from its shelves.

But retailers – and consumers – can set the intention to clean up the beauty industry by opting to buy cosmetics made only with CSPO. Many natural and organic beauty brands are sourcing CSPO for their ranges, and sustainability champions such as Weleda are taking an active role in organisations like FONAP to have a louder voice and a greater influence when it comes to tightening industry standards.

Encouragingly, we start 2020 with news that NATRUE is set to make purchasing decisions easier for the consumer, by updating their criteria for certification of natural and organic cosmetics to include sustainable palm oil.

This means beauty buyers around the world will know at a glance from the NATRUE seal on pack whether a beauty product is one they can choose with a clean conscience.