Dr Mariano Spiezia explains why we must listen 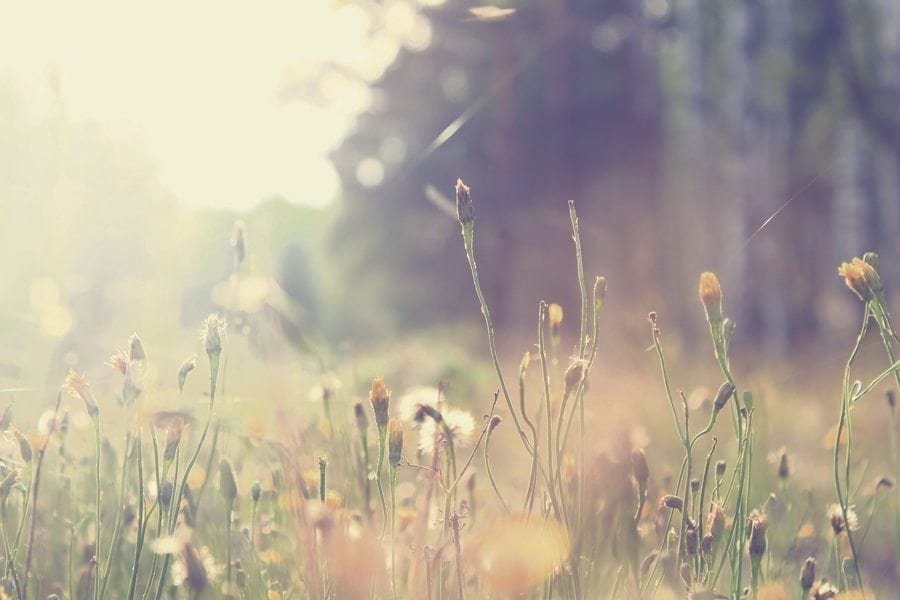 In the epic film Avatar, exobiologist Dr Grace Augustine (Sigourney Weaver) discovers that all the plants and trees of the Pandora planet ‘talk’ to each other through a huge underground connection similar to the dendritic links that connect neurones in the human brain.

This image may become quite close to reality in the near future of our Earth – and I am sure we won’t need to go as far as Pandora to experience it.

For centuries alchemists, priests, druids, wizards and healers, being close to Nature’s phenomena, were intuitively aware of all these connections – and I can say that, as a researcher and medical herbalist, this concept is not new to me, either.

But in our ‘scientific’ world it is important also to verify, within the limits of our equipment and – in my opinion – with an open mind and in a humble way, the veracity of anecdotal evidence in this tradition.

Plants can communicate with each each other in many ways, via chemical (such as releasing volatile organic compounds, or VOCs), physical and acoustic signals, for example. According to South African botanist Lyall Watson’s hypothesis in his controversial book Supernature, they can also use their emotions to communicate.

Recent research studies have revealed new forms of communication that allow plants to share a great deal of genetic information, and show plants can benefit from music and sounds with a consequent increase in productivity. Plants can also communicate through the soil; they’re able to warn neighbours of dangers by secreting soluble chemicals and transporting them along thread-like networks made by soil fungi.

In recent years (2010-12) Monica Gagliano, an evolutionary ecologist at the University of Western Australia in Perth, discovered that the roots of young corn plants grown in water make clicking sounds. Moreover, when sounds of the same frequency range were played back to the roots, they responded by bending toward the source.

Jagadish Chandra Bose, an eminent Indian scientist and botanist of the last century who undertook much research on the electric response of plants, hypothesised that plants can ‘feel pain, understand affection etc…’.

Going back to sounds (sound sequences), plants are sensitive to music; some experiments (in Italy with vines) have shown positive or negative reactions and different behaviour in growth according to the different kinds of music they were exposed to. Plants have exhibited a positive reaction to Mozart concerts while more aggressive music has elicited negative responses.

We can easily say that plants have their own ‘intelligence’; they are sensitive and in constant connection with their chemical, physical and vibrational surroundings.

This enlarged vision of the plant’s world shows us a deep interaction and connection between all the different forms of life on this planet, and the reciprocal impact that human beings – namely each of us – can have on the equilibrium of plant life and the destiny of future generations.

But what greatly intrigues me is this: if plants are so sensitive and ‘alive’, can they talk to us? Not, of course, using a human language – but can they communicate with us using one of their own? Don’t we say, in our common language, ‘the language of flowers’, and are we not always struck by the colours, scents and shapes of plants and flowers? Don’t we all agree that our brains react to those stimuli?

Do botanical extracts, apart from their possible beneficial chemical action, transfer to us a sort of subliminal communication, bringing in a physical or vibrational code that resonates with us?

By working with plants and flowers with my patients and through making luxury products for the skin – which I do alongside my medical practice – I can clearly see these links and indeed perceive the bond between these two worlds and its impact on our lives. I can also see how the way the plants are grown, our attitude when using them and our awareness of their hidden wisdom can modify the final results of what we do.

I am very grateful to plants and flowers for what they do for us, for what they teach us and what they tell us. It comes down to our ability to listen to their whispers. I do listen – and I pass on the message to you all through the products I make with awareness and respect.

I will never stop saying that real skincare is not about applying ‘good stuff ’ onto the skin, but it is about perceiving its message and unveiling its secret.

Luther Burbank, the famous American horticulturalist and botanist, said, ‘I see humanity now as one vast plant, needing for its highest fulfilments, only love’.

For more information on Dr Mariano Spiezia and the organic luxury skincare products he develops for Inlight, visit inlight-online.com