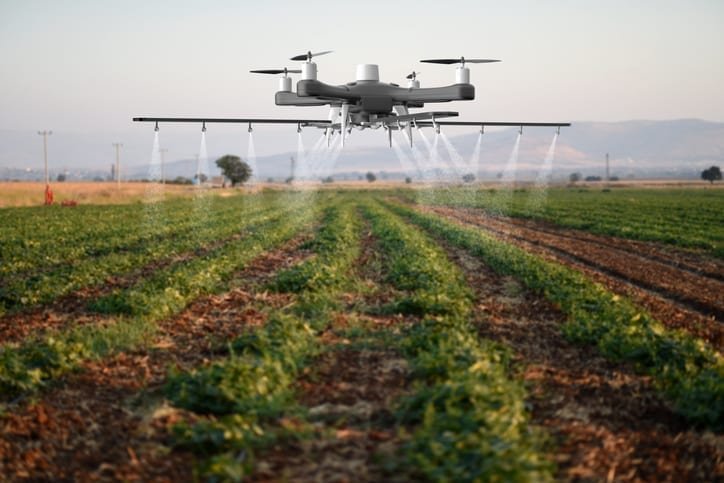 UK pesticide standards could be slashed in new trade deals, threatening public health and the environment

UK consumers are likely to be exposed to larger amounts of more toxic chemicals in their food if trade negotiators from the USA have their way, warns a new report out today (09 June).

The warning comes alongside new YouGov polling which reveals that almost three-quarters (71%) of the British public want the UK government to resist US attempts to overturn bans on pesticides, even if this means the ‘best’ trade deal cannot be reached.

Authored by Pesticide Action Network UK (PAN UK), Sustain and trade expert Dr Emily Lydgate, Toxic Trade highlights that a rise in exposure to hazardous chemicals could be unavoidable for UK consumers because pesticides are not mentioned on food labels.

While far from perfect, the UK currently has some of the most stringent pesticide regulations in the world, meaning that many agricultural products produced elsewhere can’t be sold here.

However, concern is mounting that in the wake of the UK’s exit from the EU, trade deals currently under negotiation with the USA, and planned imminently for Australia and India, will drive down UK pesticide standards.

This not only risks damaging public health but also the environment as trade negotiators push the UK government to allow currently banned hazardous pesticides to be used in UK farms and gardens.

The YouGov poll reveals high levels of concern among consumers, with 71% of those surveyed concerned that a US trade deal will mean larger amounts of pesticides in their food; 79% concerned about impacts to health if the UK government caves to US pressure to lower pesticide standards and 77% worried about negative impacts on the environment.

‘Much attention has been paid to the dangers of ‘chlorinated chicken’, but the UK public is equally concerned about weakening pesticide protections. We know that US negotiators have our pesticide standards firmly in their sights, and with the talks happening behind closed doors the public has no way of knowing if health and environmental protections are being traded away.’

US pesticides and insecticides

If UK trade negotiators bow to the demands of trade partners then the increased risk to human health could be significant.

Compared with UK grapes, American grapes are allowed to contain 1,000 times the amount of the propargite. This insecticide can affect sexual function and fertility, and has been linked to cancer and miscarriages.

American apples are allowed to contain 400 times the level of the insecticide malathion allowed in UK apples. Malathion has also been linked to cancer and can impair the respiratory system and cause confusion, headaches and weakness.

The pesticide chlorpyrifos has been shown to negatively affect the cognitive development of foetuses and young children and is banned from use in the UK, but is used by farmers in the US and India.

‘A clear and central objective of US negotiators is for the UK to lower its pesticide standards.  The current picture in the UK of intense political pressure coupled with a lack of parliamentary and public scrutiny means the risk of this happening is very high.’

Neonicotinoids permitted in US

The environmental impacts of a drop in UK pesticide standards could also be significant. Huge declines in bee populations have been caused by highly toxic neonicotinoids which are currently banned in the UK, but which Australia, the US and India all permit.

These countries also authorise pesticides known to contaminate groundwater and harm aquatic ecosystems, such as the herbicides atrazine and diuron.

The report paints an alarming picture of the tactics that overseas negotiators will try to use to water-down standards.

US trade officials want the UK to commit to consulting with the US government and private sector before implementing any new pesticide regulations or bans.

‘In an already uncertain economic climate, the lowering of pesticide standards could be catastrophic for UK farming as well as the environment. If UK farmers are forced into using pesticides in order to compete with a flood of cheap food imports then their exports will no longer meet EU standards and they’ll lose one of their key markets. 60% of UK agricultural exports currently go to the EU so this could finish off many farming businesses.’

The report calls on the UK government to prioritise human health and meet their stated commitment of ‘leaving the natural environment in a better state than we found it’.