Charlotte Webster, founder and curator of Human Nature, on why we should refuel art with Nature, not oil

Art has always needed patrons and money, especially if we want great works to be free for all to view. However, we need to ask whether the dominance of big oil and big finance in the funding of public art is a good thing, or whether the people who run our national art institutions should look again at where they source their sponsorship money.

Art can catalyse cultural change, but sponsorship from big oil influences what art is able to say about the existential threat facing humankind from man-made global warming. 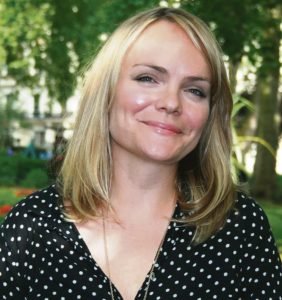 As an artist myself, as well as someone who works with organisations who are trying to make a difference in the world of energy and finance, I believe things can change. At the end of last year I founded Human Nature. It’s a collective of artists from street artists to photographers, sculptors and painters, all united by the fact they’re exploring our changing relationship to the environment.

Our first show was a real success and we are now well on the way to establishing the UK’s first dedicated platform for environmental art.

Exploring biodiversity, energy, climate change, resources and the value of Nature, the show was born from a desire to nurture creative talent and see the power of a great number of voices and perspectives pull together to help our urgent shift to a cleaner, fairer society.

Indeed, it would not be happening without significant support from renewable energy and ethical investment platform Abundance.

Stepping back a bit, the role of fossil fuels in art has long been disputed. To some, such as Liberate Tate, Platform and Art not Oil, the fossil fuel industry simply has no place in the arts. Thanks to their persistence, in January this year the Tate was forced to release 17 years of historic figures, which showed that BP gave sums of £150,000 to £330,000 between 1990 and 2006 – an average of £245,000 a year, and a total of £3.8m.

The Tate is just one example of many, but it demonstrates the inextricable links between oil and art. The UK’s most reputable gallery claims that this support will be ‘reviewed’ in 2016. A thorough picture of this relationship is covered in Mel Evans’ new book Artwash: Big Oil and the Arts.

But something significant has happened in the last few months. This pressure isn’t solely based on distaste for corporate control, environmental damage or unethical behaviour any more. We now have a divestment movement that’s calling on every institution to get out of fossil fuels, immediately. Not just because of ethics, but because of financial risk.

Spreading from educational institutions, banks, pension funds, local and national governments, time is increasingly up for fossil fuel investments. As the issue hits the epicentre of our society, it’s time to shine the divestment torch in the eyes of the Tate and others in a joined up and meaningful way, something we’re in the process of working on.

The voice of art itself 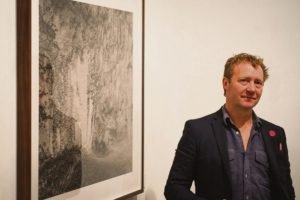 I’ve always been a fan of art, both as an artist and through my interest in environmental, social and economic reform. Art holds a mirror up to us and celebrates the very best, and worst, of ourselves. To me, art and creativity make life worth living.

Human Nature’s artists span decades of experience, media and characters, but they are united in a deep appreciation of the natural world. From one of the UK’s leading landscape photographers, Harry Cory Wright, to secretive street artist Jonesy and sculptor Lesley Hilling, we’re now a growing collective of 25 artists with daily requests to join, attracting attention from the US to Poland and Singapore.

Motivated by strong values and an ability to facilitate change, there’s a growing groundswell of artists who want to be heard in the debate.The artist who for me epitomises divestment is the true-green creative revolutionary Jonesy, whose miniature bronze sculptures can be found across the streets of London. An environmental campaigner from Wales, his ‘Devil’ bronze conveys the spirit and urgency of this revolution in thinking.

Another emerging powerhouse is ATM, a street artist now increasingly recognised for his distinctive bold murals of endangered birds. These beautifully intricate political statements can be seen across the UK and Europe.

These artists not only allow us to examine and imagine, they also present a new visual language to communicate our layered emotional and rational valuation of Nature and the environment. The photograph of a polar bear has had its day. It is the natural world equivalent of the ‘kitten image’, shared without thinking, but cuteness on its own won’t change the fundamentals of the world economy.

We need to keep things fresh, relevant and engaging, and there is significant, evocative and complex art – both on the streets and in the gallery – that can do that.

Clare Brass, head of SustainRCA, agrees that we must be bold and visionary. SustainRCA was established in 2011 as an independent research unit at the Royal College of Art to champion the role of art and design in addressing environmental and social issues.

‘In fixing the world’s biggest issues it’s vital we step back and look at the bigger picture’, Clare explains. ‘When it comes to the environment there’s a huge focus on fixing problems through science and engineering, but it’s only with art and design that we can create the vision that’s needed to work towards a more equitable and sustainable future.’ That’s why, for Clare, we must emphasise enterprise and help artists and designers to create a livelihood based on socially empowered models. ‘At the moment it’s easier to imagine the end of the world than it is a sustainable future’, Clare says, ‘and that’s what we must change.’ 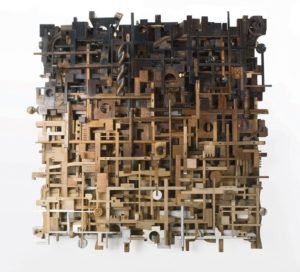 Of course the way art is funded has an impact on what it says and to whom it speaks. It’s a fact, much as we might like to dispute it. As the green economy gathers pace, we’re seeing clean technology companies challenge the old guard’s support of cultural institutions.

First came the support of football: China’s Yingli Solar was a major sponsor of the World Cup in 2014, and clean energy company Ecotricity financed its local football club, Forest Green Rovers. But is the next stop the arts? It’s looking that way.

Dale Vince, founder and CEO Ecotricity, has recently started to build a collection of Human Nature art at his office in Stroud. He believes that art is a powerful voice in reflecting this urgent desire for a better way of life for us all, hugely important for its ability to articulate a vision for the future and critique the current status quo.

Bruce Davis, co-founder of Abundance, has identified a radical shift that’s occurring in our culture and economy. ‘We need art to do more than just show us a cynical reflection of ourselves and our consumerism’, he explains. ‘We need art that says something about the world we are wasting and the value that exists in Nature which we should all want to ensure is passed on to the next generations. Money and art have always been uneasy bedfellows but we believe that supporting artists who have something powerful to say about the relationship between humans and Nature has never been more relevant.’

For Bruce, Abundance is supporting the Human Nature artists because their work will help shift our attitudes and money ‘away from a dependence on fossil fuels and other forms of unsustainable economics and towards a win-win of clean, renewable energy and a healthy investment.’

With the decline of public arts funding and a growing need to rid the arts of fossil fuels, it’s now up to individuals and the private sector to help these artists not just survive, but thrive.

We face huge challenges in how we interact with Nature, and this year the world will have to make some major decisions – in particular on climate change. Who better to explore our relationship with the world than artists?

We need to support artists who question the very essence of our humanity, explore what drives us to connect to our environment and how we’re responding to Nature’s call to adapt to a world of finite resources.

After all, to take the journey of change ahead we need to tap into a deep rational and emotional resource within ourselves, each as an individual, that says ‘This is right. To act for the environment and shift to a more balanced way of life is right.’