Can you hear us yet?

Artists, activists and scientists have taken to stages around the world for free climate concerts 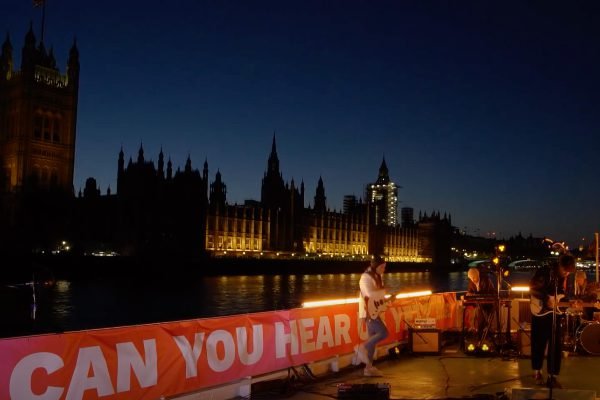 Millions have seen the footage of Greta Thunberg Rickrolling – but why did she do it?

It was to launch Climate Live, a global series of concerts that ask world leaders attending COP26 in 10 days’ time ‘Can You Hear Us Yet?’

Yesterday (23 October), 20 countries in six continents live-broadcast this series of global Climate Live concerts to raise awareness of the climate emergency and, in particular, the challenges faced today by people on the frontlines of ecological breakdown, and how their lives are right now being torn apart by its effects.

Led by members of Fridays for Future youth climate groups, Climate Live united people from across the globe through music in the fight for climate justice and the race to safeguard the future of the planet.

As Greta Thunberg, 18, says, ‘To change everything, we need everyone.’

‘The whole point of Climate Live is to hand over the microphone to youth in those countries most affected by climate change today so they can tell the world how their lives are impacted. It all began in Spring 2019, and it has been incredible to watch as so many inspirational youth across the world have come together to make these events happen: who would have thought we would pull this off?

‘It is so important at a time when, in the lead up to COP26, so many political world leaders have announced headline grabbing climate targets which may lull the public and local, regional and national politicians into the false belief that their governments are now acting and all will be well, when these targets are not backed up by necessary policies and action programmes in time to save the planet. As Greta says, it is up to us to be the adults in the room.

‘If one performance of ‘Never Gonna Give You Up’ can draw this much media attention to our cause, we are off to an epic start. So CanYouHearUsYet? Will you stand with us and demand more from your elected officials?’

Climate Live youth representatives hosted shows in 20 countries, asking the question: ‘Can You Hear Us Yet?’

The goal was to use music to empower people to make their voices heard and put pressure on world leaders to take urgent action to combat the climate crisis.

Around the world, artists joined in one harmonious voice to call on governments and corporations to act now.

During the concerts, the organisers called for audiences to sign the Global Climate Live Petition, which will be handed to the world leaders at COP26 in Glasgow during a youth strike which all are encouraged to join.

Audiences attending Climate Live came away with a feeling of empowerment and the knowledge and tools to engage in the youth climate movement at a key time for climate action.

We have exactly 10 days until the UN COP26 climate conference, when, six years on, governments will have to renew their Paris Agreement pledges. Climate Live calls for these to be more ambitious.

‘I applaud our brilliant young people for stepping up again to hold leaders to account in the lead up to COP26 in 2021, when countries must come together to show we are on track for a resilient future. Our young people have asked whether we can hear them. It is time to demonstrate that we are truly listening.’