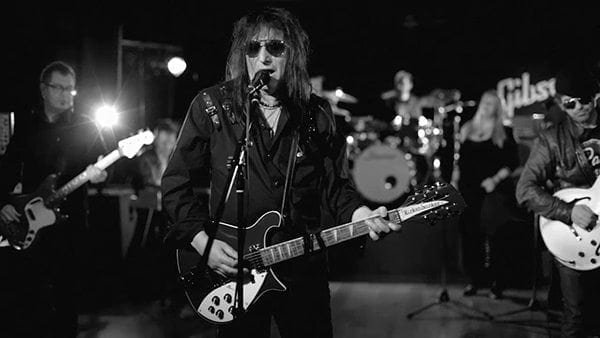 In 1991 it became the world’s first solar powered radio station, after 150 solar panels were installed on a super-structure on the 10,800ft Picuris Peak.

The number of solar panels has since grown and the station is now licensed at 100,000 watts – around double the power of some solar stations that have sprung up since.

From Westminster to Colorado 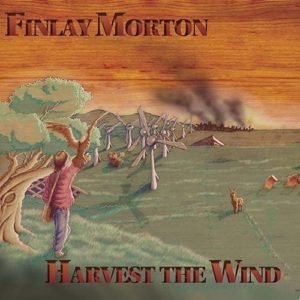 The station intrigued singer-songwriter Finlay Morton, who has had a vibrant musical career since his stint as sound man for four Prime Ministers during his time at Downing Street as Number 10’s sound engineer.

Morton was already keen to explore alternative energy sources. He visited KTAO during his first U.S. tour; on a separate trip to Boulder, Colorado, he met with Keith Bare, who runs the website wind4me.com. The site is devoted to the use of wind and solar power and, along with the work done at KTAO, helped inspire the lyric ‘Hoist up your solar sails’ from the title track on Morton’s Harvest the Wind album.

‘We must invest now, on a worldwide basis, in the technology to harvest these [renewable] energy sources if we are to give future generations any chance of a life free of pollution, extreme weather and the very real threat of international conflict over resources.’

Speaking to PQ, Morton said, ‘I believe we are now very close to the “tipping point” when the damage we are doing to our fragile ecosystem will not be reversible.

‘If we harnessed the power of the tides, the constant stream of energy from the sun and wind power, we could do away with the need to burn fossil fuels. We must invest now, on a worldwide basis, in the technology to harvest these energy sources if we are to give future generations any chance of a life free of pollution, extreme weather and the very real threat of international conflict over resources.’

The first single from Harvest The Wind is titled ‘Do You Believe In Ghosts’, and features guitar work from Steve Hackett of Genesis. Other standouts include ‘Chasing The American Dream’, the countrified ‘Babe You Can’t Have My Guitar’ and the rocky ‘Don’t Cry For Corporate America’.

According to Finlay Morton’s website, the album carries a message ‘that is perfectly on track for current times’. It’s available to preview, buy and download from iTunes.