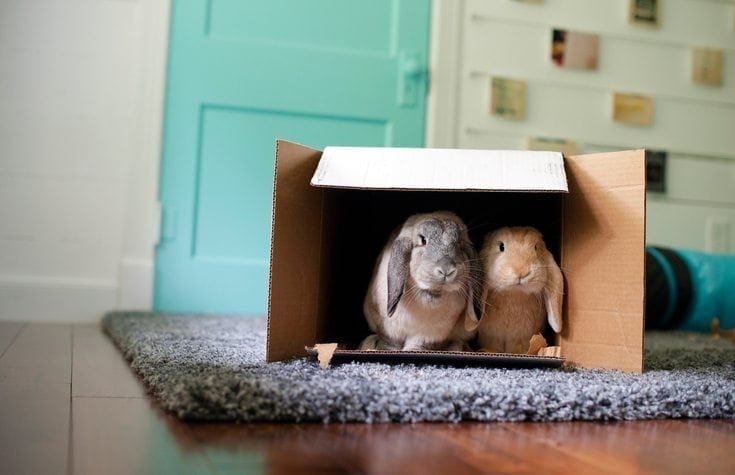 Well-known brands Tesco, Boots, FatFace and Romwe are the latest in a string of retailers found mis-selling real fur as faux fur, an investigation by Humane Society International/UK and the Mail on Sunday has found.

Shoppers who bought a £16 ‘faux fur’ pom-pom key chain from Tesco’s online store or purchased FatFace’s £18 chenille gloves with a ‘faux fur pom-pom’ will be shocked to find out that they have bought real rabbit fur.

These are the latest in a long list of well-known retailers in the UK exposed for selling fake faux fur. Last month, a joint HSI UK and Sky News investigation exposed T.K. Maxx, Boohoo, Amazon and Not On The High Street for selling mislabelled fur.

Many of the mislabelled items that HSI UK finds are fur trim and accessories such as bobble hats, keychains, scarves and shoes. The items have deceptively low price points; life is cheap on fur farms, with animals often having to endure appalling deprivation. This means that real fur trim can cost the same or even less to produce than faux fur.

Laboratory tests have confirmed that the fur discovered in HSI UK’s latest haul came from fox, rabbit and mink; raccoon dog and chinchilla were also found in the previous investigations.

Fur on the high street

The revealed the following real fur items were being sold as ‘faux’.

A call for stricter labelling

Claire Bass, executive director of Humane Society International UK, said Tesco, FatFace, Boots and Romwe are all companies with ‘commendable no-fur policies’, adding ‘it is very disappointing to find that real animal fur has slipped into their stores described as faux fur.’

Claire said most British consumers want nothing to do with the cruel fur trade, so it’s ‘vital that retailers improve their vigilance to ensure their customers are not being misled into buying real fur’.

‘It is simply unacceptable that compassionate consumers are unknowingly spending their money on the very cruelty that they are trying to avoid, fur from foxes, raccoon dogs, mink and rabbits who have suffered lives of confinement in barren wire cages, and excruciating deaths through electrocution or gasing. Stricter fur labelling laws are urgently needed but ultimately animal fur has no future in British shops and wardrobes, which is why we’re calling on the government to use Brexit to ban all fur imports into Britain, closing our borders to this revolting, outdated and unnecessary trade.’

Around the world in countries such as the US, France, Poland and China, animals on fur farms are subjected to terrible conditions. Wild animals are kept their entire lives in small, barren cages, physically and mentally deprived, before being killed and skinned for their fur. Wild animals such as coyotes fare no better, caught in agonising traps for hours or even days before being shot.

The vast majority of the British public are against wearing fur. A 2016 YouGov poll shows nine out of 10 Brits believe that it is unacceptable to buy and sell real fur, averaged across nine species. Although fur farming was outlawed in the UK on moral grounds in 2000, and EU regulations ban fur from domestic cats, dogs or commercial seal hunts, the UK still imports and sells fur from a range of other species such as fox, rabbit, mink, coyote, racoon dog and chinchilla.

HSI is campaigning for the British government to make the United Kingdom a fur-free zone by extending the cat, dog and seal fur bans to include all fur-bearing species. As a member of the EU single market, under rules relating to free movement of goods, the UK is not currently at liberty to ban the import of animal fur, which is farmed in several European countries. But Brexit could give the government the freedom to adopt policies that reflect the public’s distaste for all fur and close our borders fully to this cruel and outdated trade.

The law on fur

There is no legal requirement to use the specific word ‘fur’ on items containing real fur. EU regulations do require items defined as ‘textile products’ to carry the confusing wording ‘contains non-textile parts of animal origin’.

In addition to not clearly telling consumers that it means ‘real animal fur,’ in practice this wording requirement is rarely adhered to at all.
Products sold online are exempt even from the above confusing wording requirement, and footwear or non-garment accessories such as handbags and keychains are also excluded.

Under consumer protection legislation, it’s technically illegal to mislead. However, the regulation – with respect to the sale of animal fur—is very poorly enforced, and ‘an honest mistake’ is considered a legitimate defence, meaning retailers are rarely prosecuted.

HSI believes that all products containing real animal fur (including clothing, footwear and accessories) should be clearly labelled. Such labelling is already in place in the US and Switzerland, and should include the animal species (both common and scientific name); country of origin (where the animal was bred/trapped and killed) and how the animal was reared and killed (trap caught or reared in a wire cage, for example).